There is no doubt that there are many discouraging events occurring in our world on a very frequent basis. Our modern era has spawned wars, terrorism, hatred and untold misery in many parts of the earth.

This video is the antidote to the negative occurrences we hear so much about. Let’s remember that there are opportunities for happiness, fun, laughter and brotherhood even amidst some of the most negative and gloomy events of our time.

We loved the adventures we had driving southward down the coast of Oregon. We saw much of the ocean and nautical scenes as well as a variety of mountain hikes and nature preserves. It was the type of hiking we enjoy the most.

The weather was a bit disappointing from time-to-time, but considering coastal fickelness, I think we fared fairly well. It was now time to head inland for our last and perhaps most anticipated stop, Crater Lake National Park.

We were aware of the wildfires in Washington and Oregon as we had followed them prior to arriving in Portland, OR. If we were skeptical, our doubts vanished at the airport where ash was landing on our luggage as we waited for our rental car and most the the staff were wearing masks. We were believers!

Along the coast, the wildfires made only a small impact on our visit, but when we arrived at Crater Lake after a good day’s drive, this is what we saw. 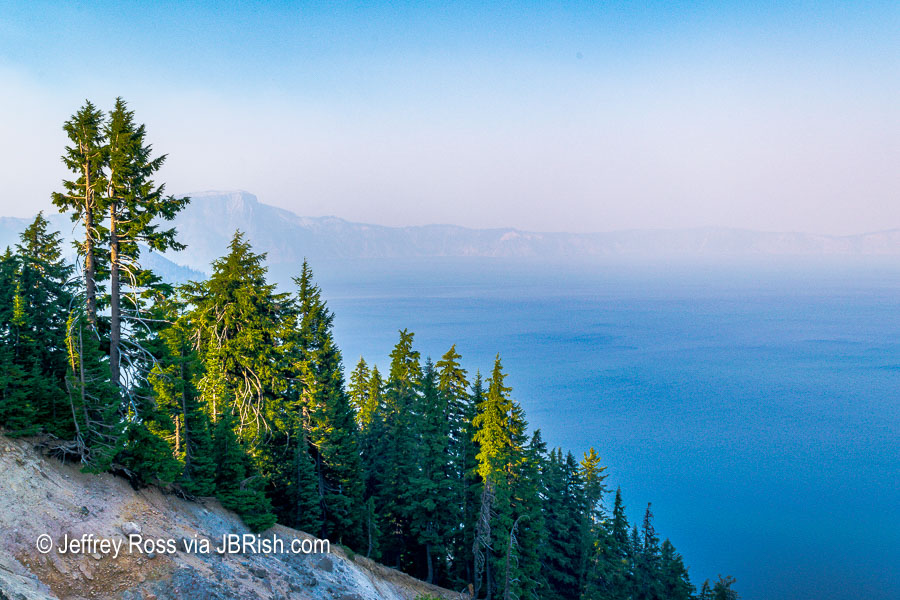 This was the best view. There were times when it was worse.

We had booked our room at Crater Lake Lodge more than a year ahead of time and paid an upcharge for a lakeside view. To say we were disappointed, is an understatement. We visited the ranger station, but the news was not good. The smoke predictions for the week were bleak indeed.

We were betwixt and between trying to decide what to do. We took some rides along the rim of the lake, but really there was not much we could see. Crater Lake is supposed to be an astonishing color and reportedly has some of the purest water in the world, but it could not be truly appreciated.

After consulting the weather/wind forecasts with our minimal wi-fi connection, discussions with the rangers and the hotel staff, we decided it would be wise to cancel the rest of our trip and head home.

***NOTE*** – I must extend plaudits to the park and the hotel for their willingness to provide a refund for all but the day we were staying at the hotel. The room was costly and the hotel was sparsely populated with guests. It wasn’t pleasant for the park service or those guests who were playing board games in the lounge when they would rather have been out hiking.

We were able to change our flights, etc. and we were prepared to head for Portland the next morning. I decided to wake up early to see if the quiet morning atmosphere would yield a worthy view. 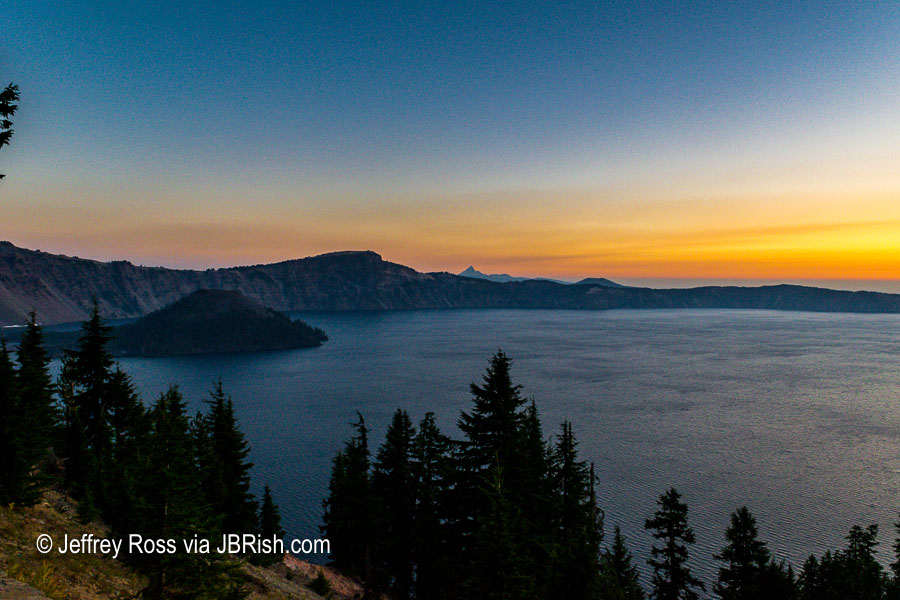 I could not believe how nice the lake looked. I could finally see some detail and the color of the light was picturesque. That island to the left is known as Wizard Island. 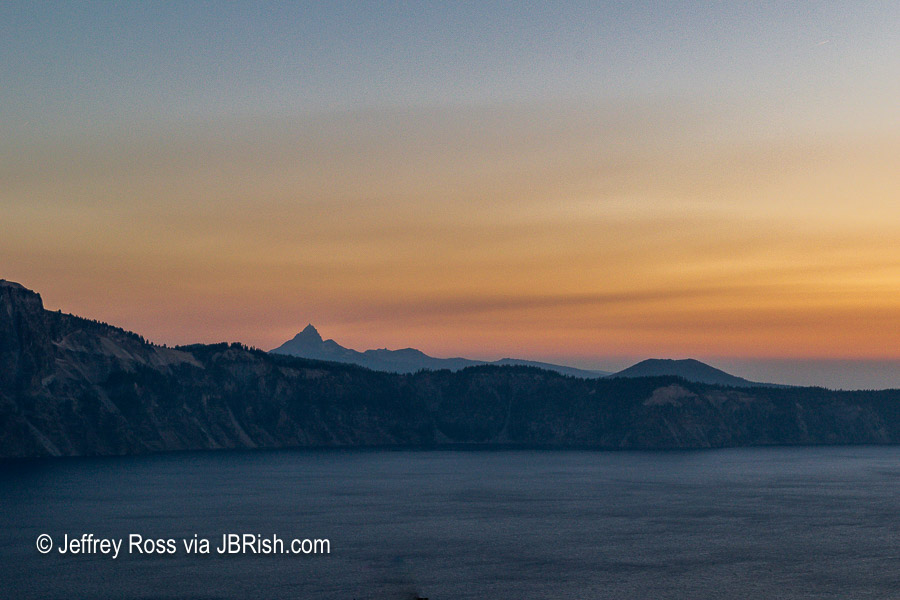 The photo above shows a mountain rising in the distance which I believe to be Mount Thielsen with a height of over 9,000 feet at the peak. Google Maps suggests that the access road is only 6 miles from Crater Lake, but then there is the road from highway 138 to the mountain.

You can read more about Mount Thielsen HERE

I was so excited to be able to see parts of the lake and the surrounding area, that I took this panorama to document the scene.

As we were loading the car for the trip to Portland and doubts arose in our minds, I was able to snap some daylight photos of the lake. 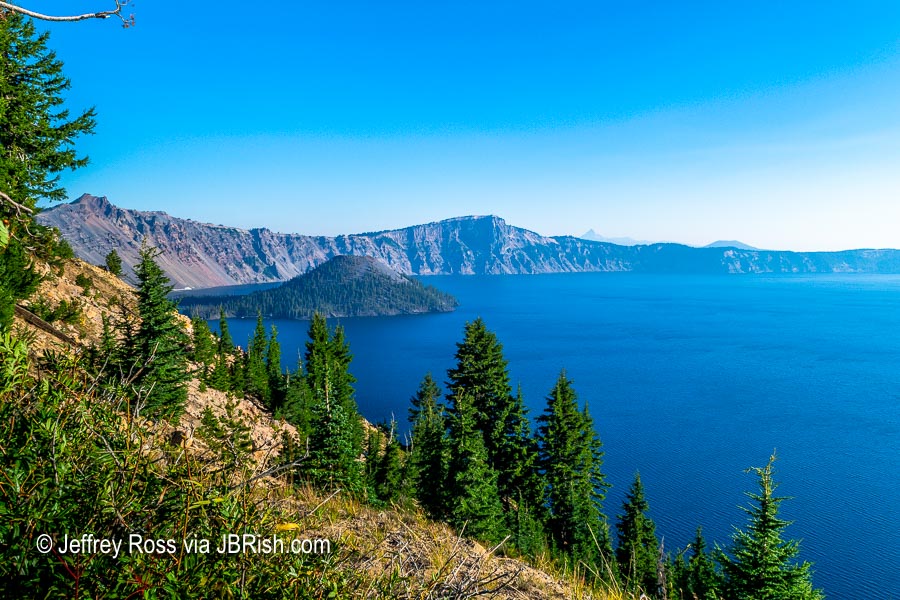 Here is a closer look! 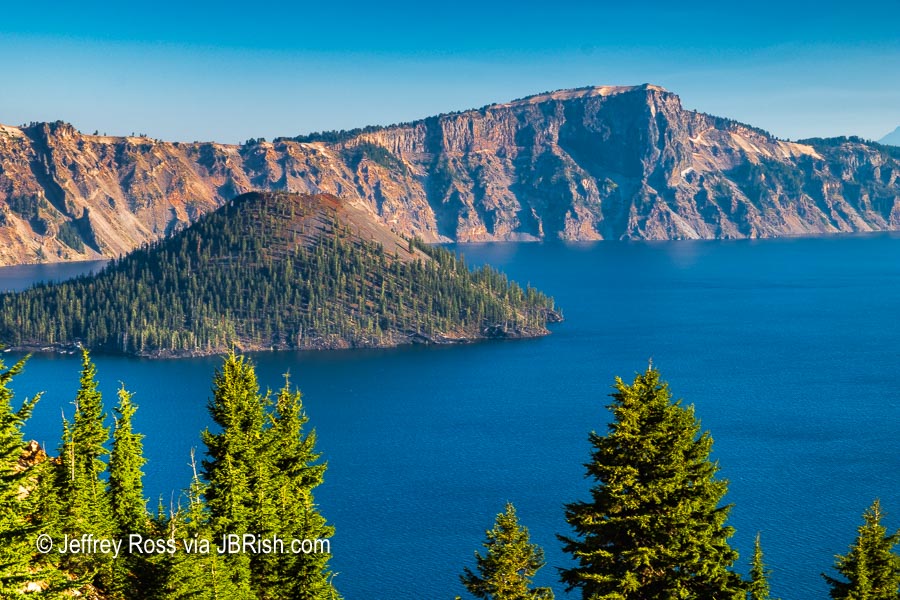 Although it was a bit perplexing, we were set on returning to our desert home. Along the way we kept checking the weather reports to validate our decision to leave. We were able to learn that the smoke was once again heading to Crater Lake and more scenes like the one below were to be in the offing. 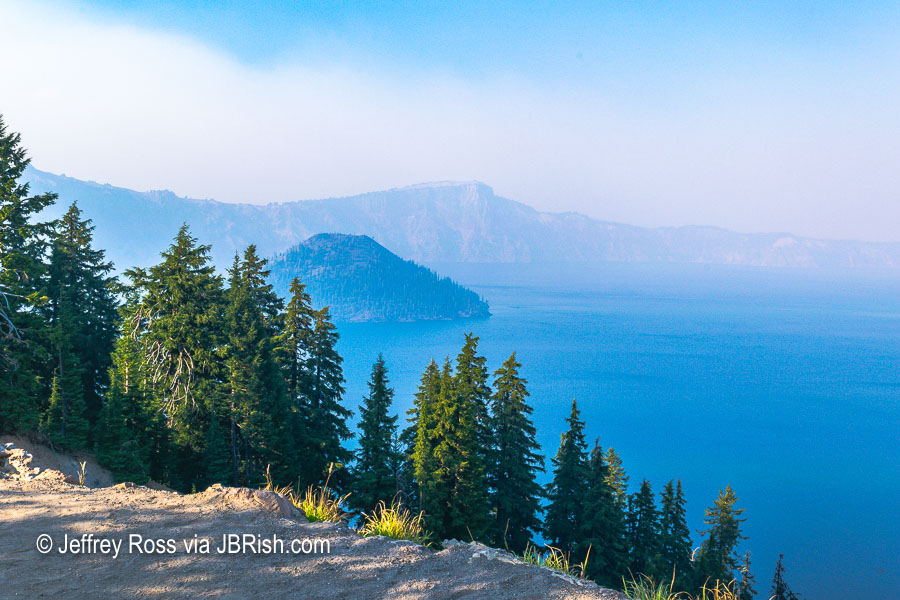 All in all we were satisfied we made the best decision we could. We were heading out early and stopped for breakfast and lunch. We thought we would have a smooth trip to the Portland airport, but nothing could prepare us for the traffic which nearly kept us from making our flight; but that’s another story.

Adventures in Oregon: Newport to Yachats

Adventures in Oregon: From the Shore to the Falls 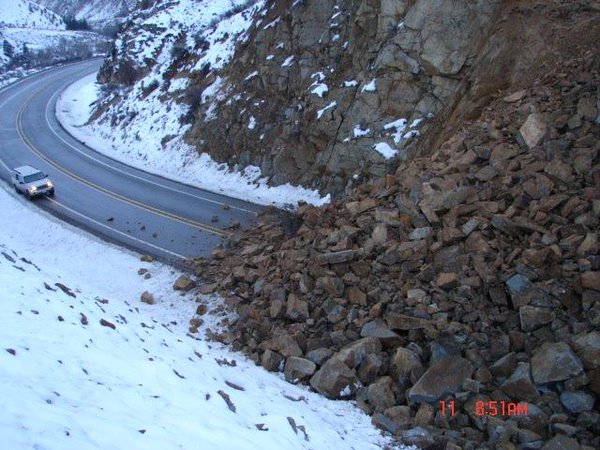 This landslide (really a rock slide) occurred near US2 in central Washington between Wenatchee and Chelan!