Farther down the coast in Florence, Oregon we stopped at the Heceta Head Lighthouse State Scenic Viewpoint. The Cape Creek Bridge was visible from the visitor’s area and the settling mist helped to create a picturesque image. 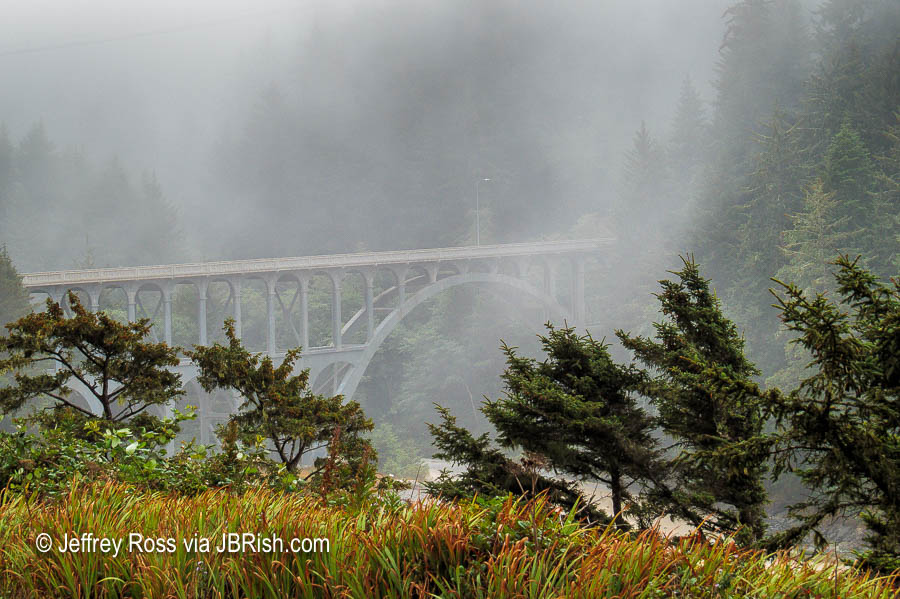 The lighthouse is a distance away from the parking area and well hidden by surrounding woodland. From the beach, we were able to capture a few distant shots of the outer buildings. 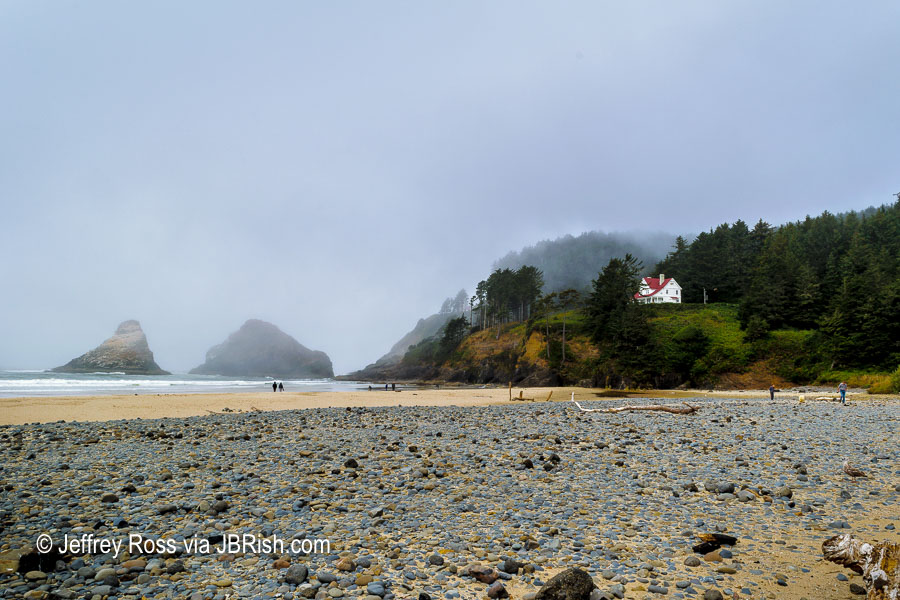 Using a long focal length, I was able to catch glimpses of the lighthouse through the trees as we approached. 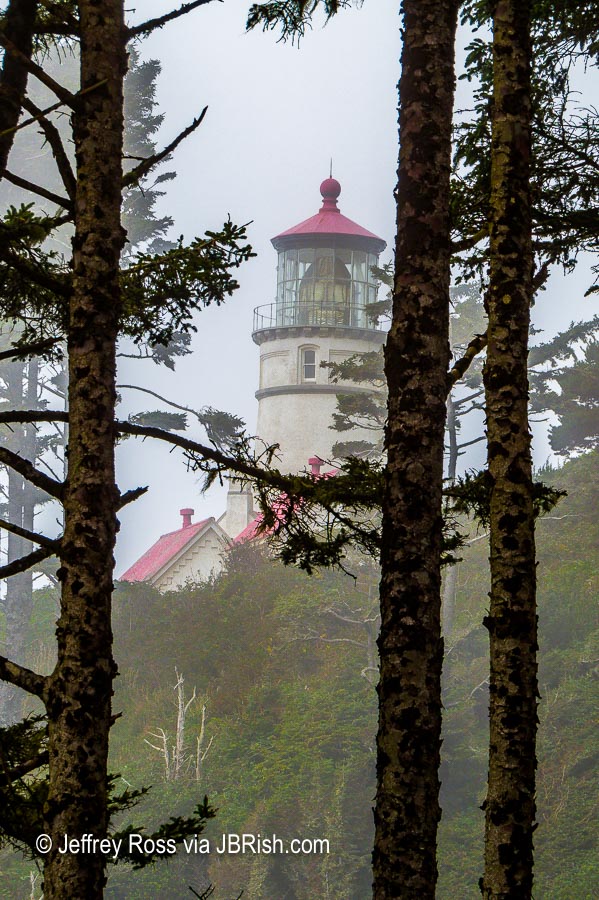 The lighthouse is accessed by an uphill pedestrian path and we caught several sneak peaks of the popular landmark as we walked. 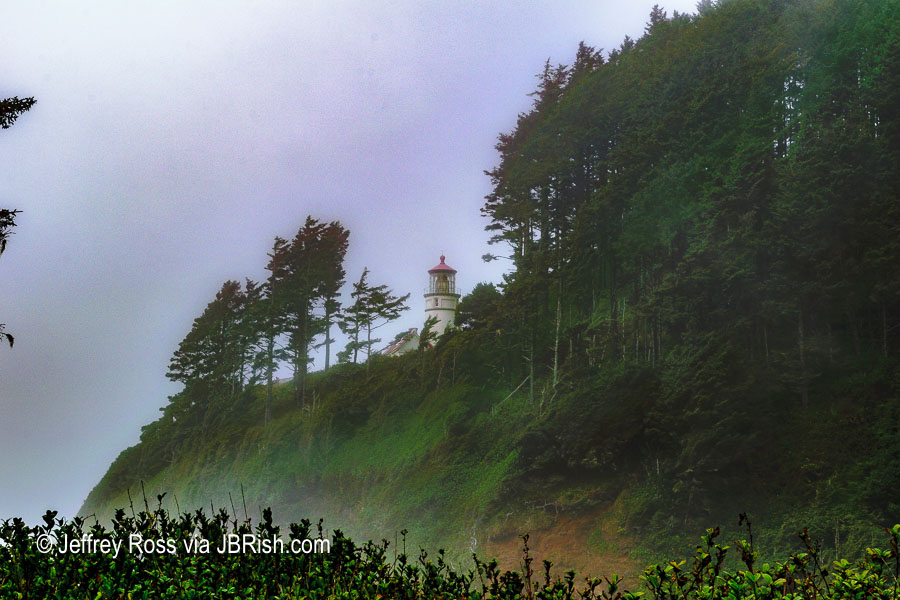 The overcast sky and ambiance of the day called for a photo rendered in black and white. 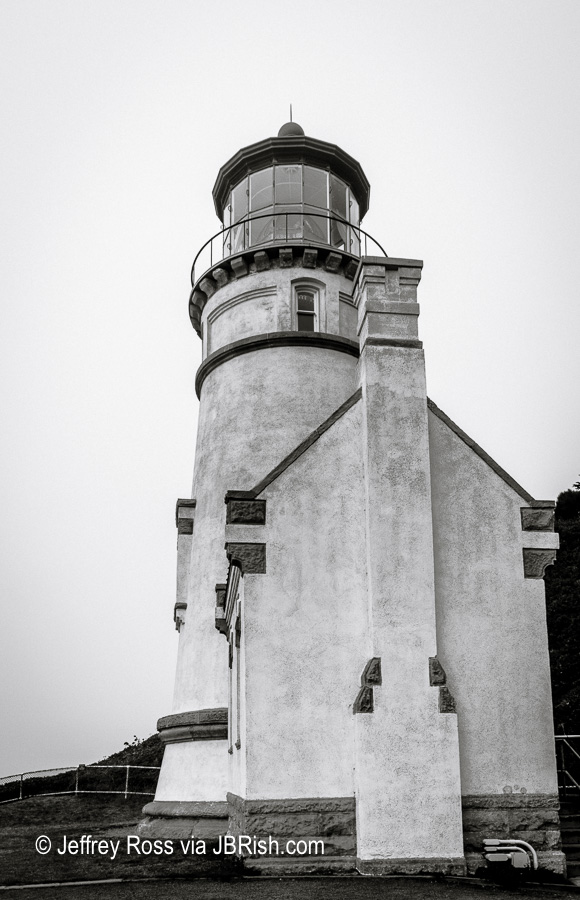 We spent time exploring the grounds and surrounding seascape as two pups were frolicking in the surf which I suspect might have been a bit cold! 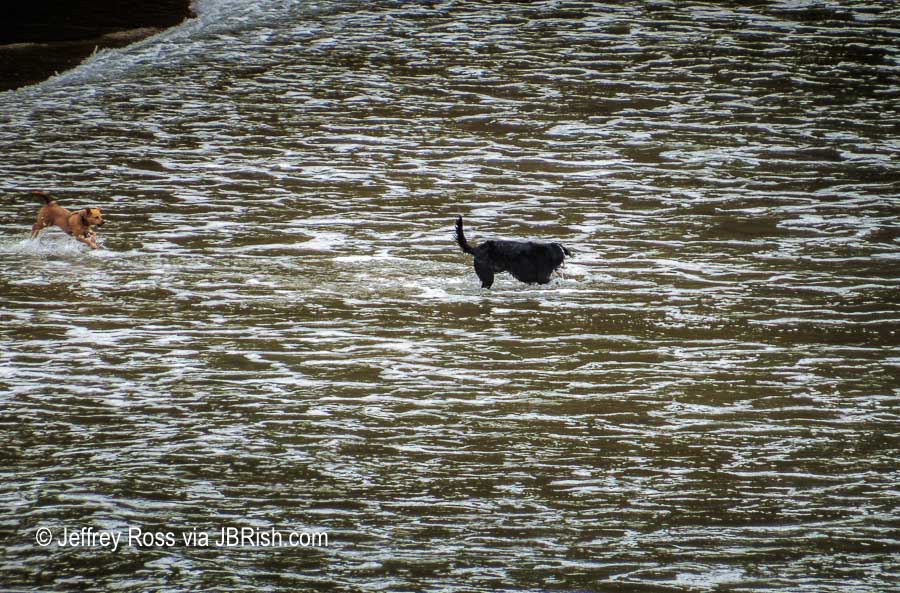 Ironically, some of the best pictures of the lighthouse were captured at distant pull-offs along the roadside south of the park. 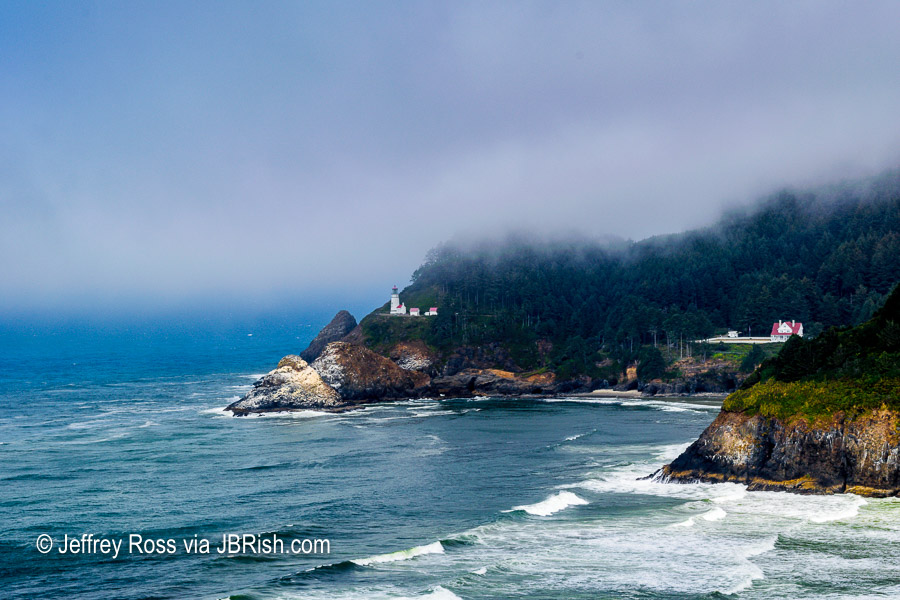 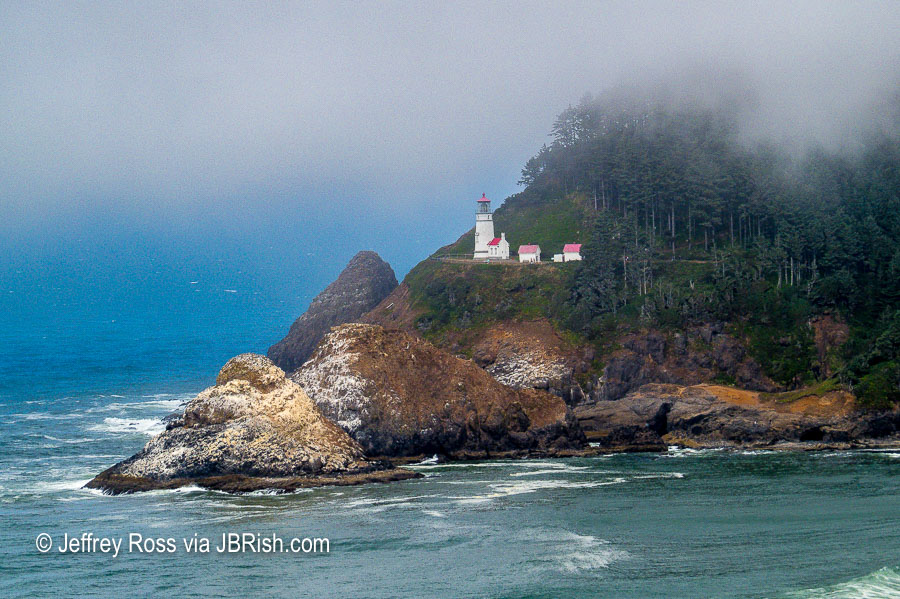 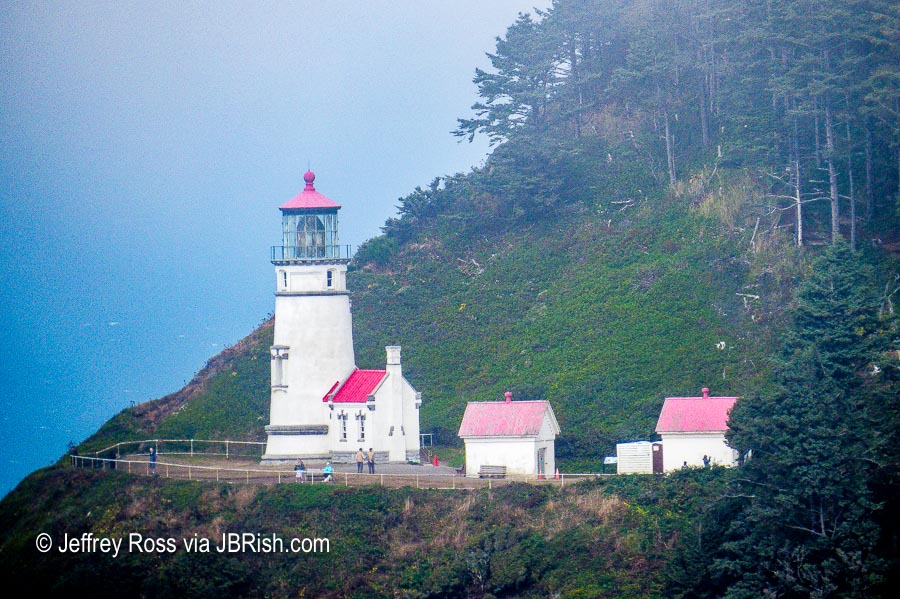 Along the route we saw several signs reminding us of the impending dangers of the coastal area. 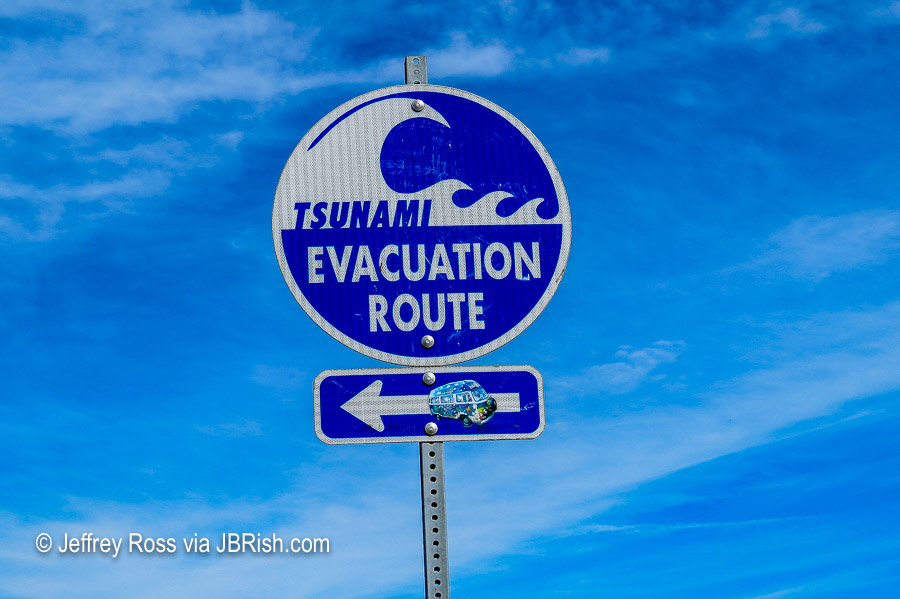 As we continued south, we made a point of stopping at the Siuslaw National Forest and surrounding sand dunes. As a long time resident of New Jersey, I was familiar with sand dunes, but nothing prepared me for this. 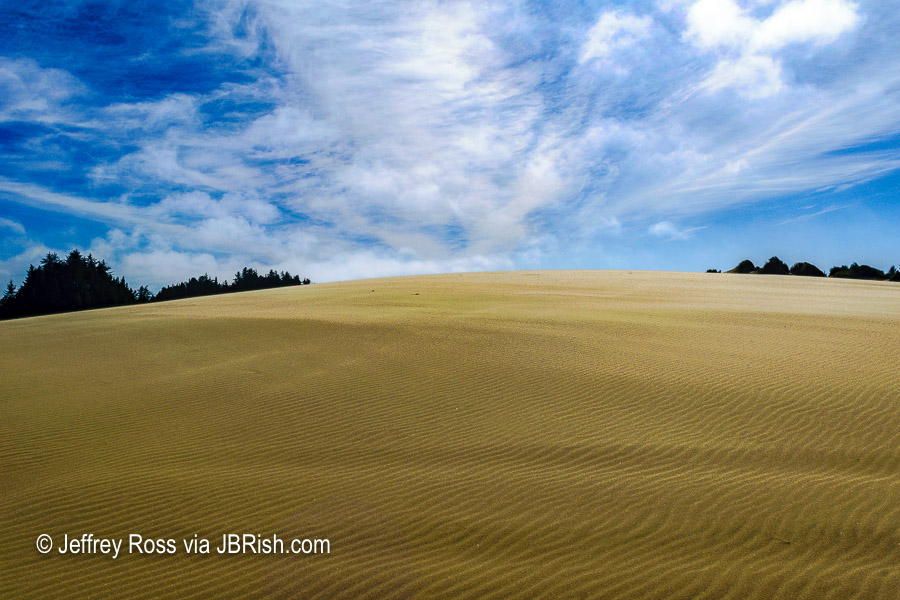 There were acres upon acres (above) of nearly pristine golden sand dunes without one footprint or tire track.

There were areas set aside (below) for ATVs and related vehicles where there was ample evidence of use! 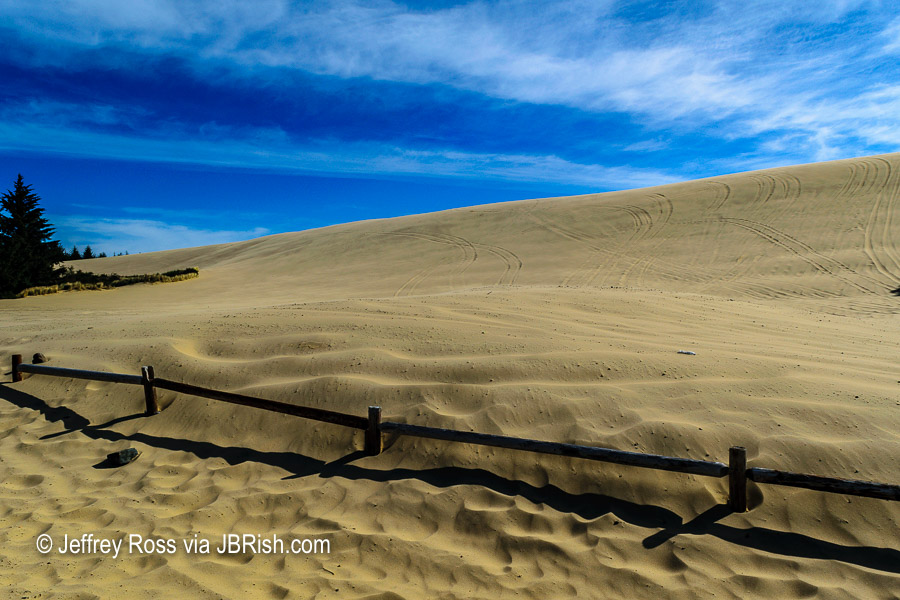 I could no longer resist the temptation to trek uphill! 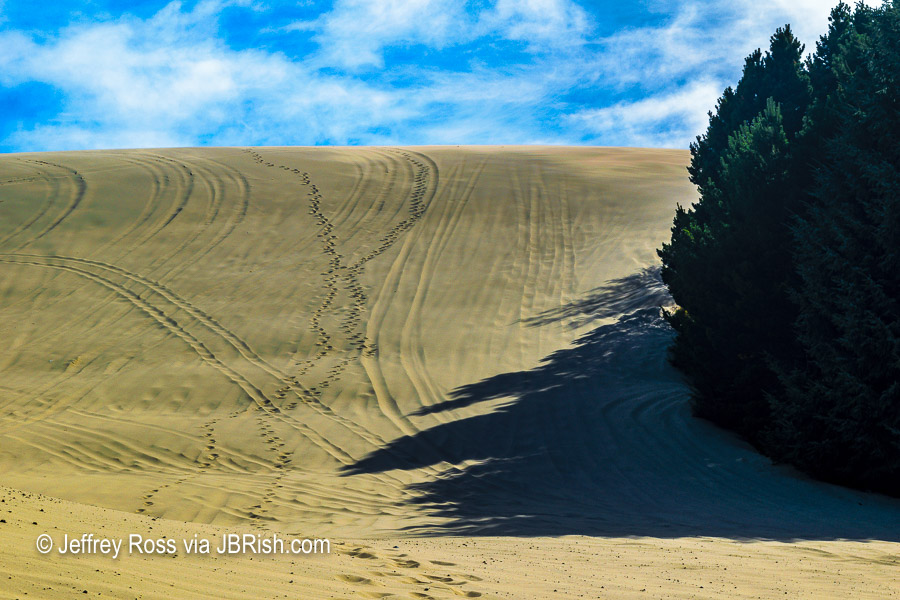 Our rental car seemed so far away from atop of the sand dune. 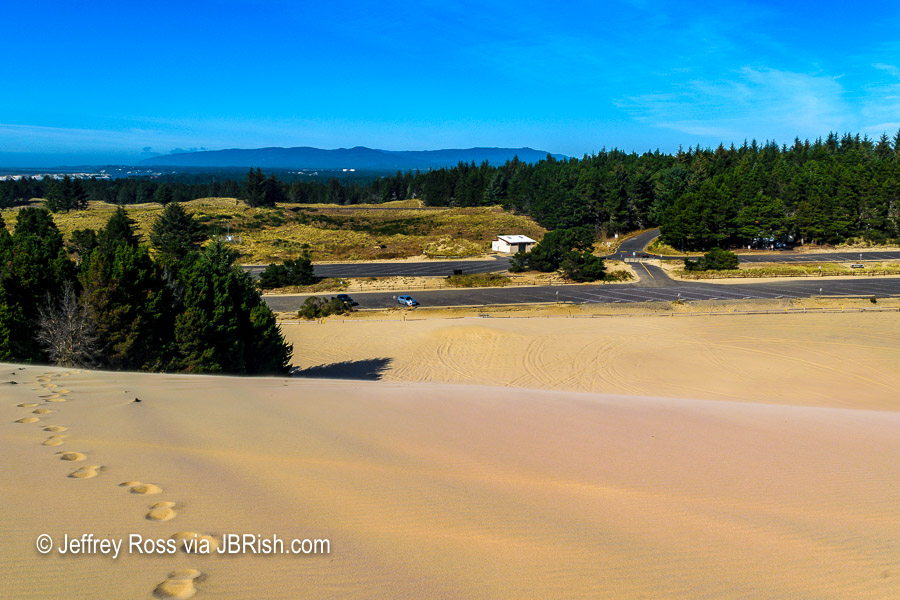 Other sections of the park had dunes nestled along the ocean which were equally beautiful and beckoned us to take a walk. 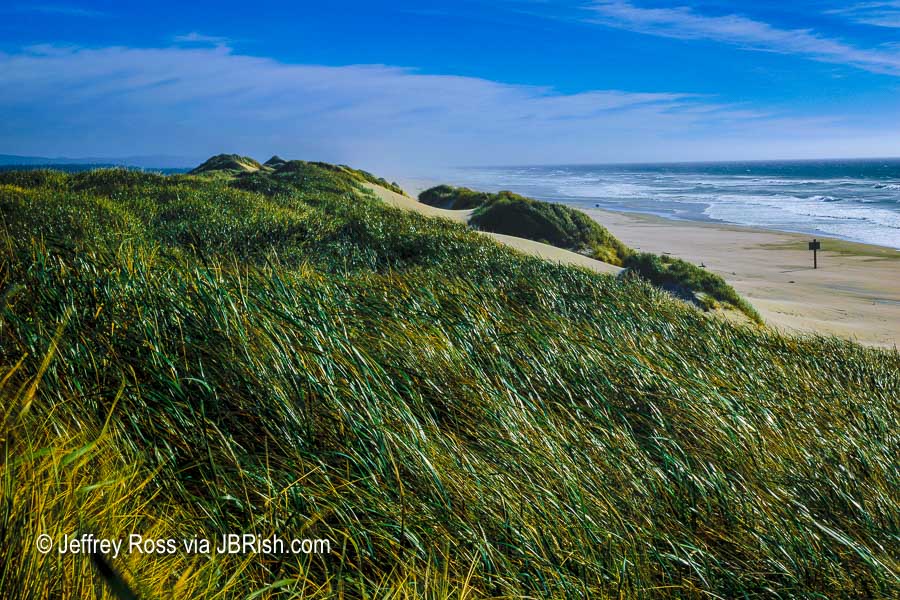 The ocean breeze was brisk as noted by the leaning grasses! 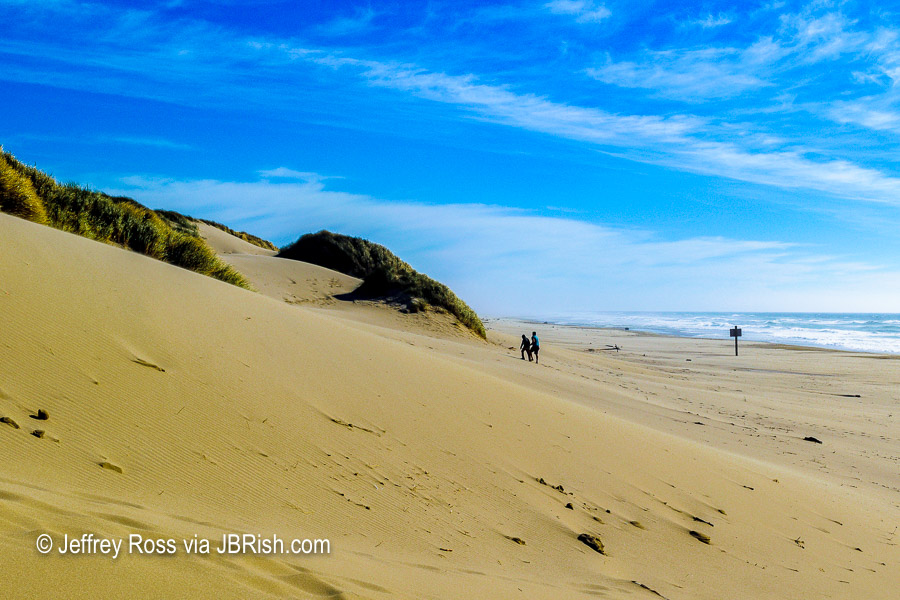 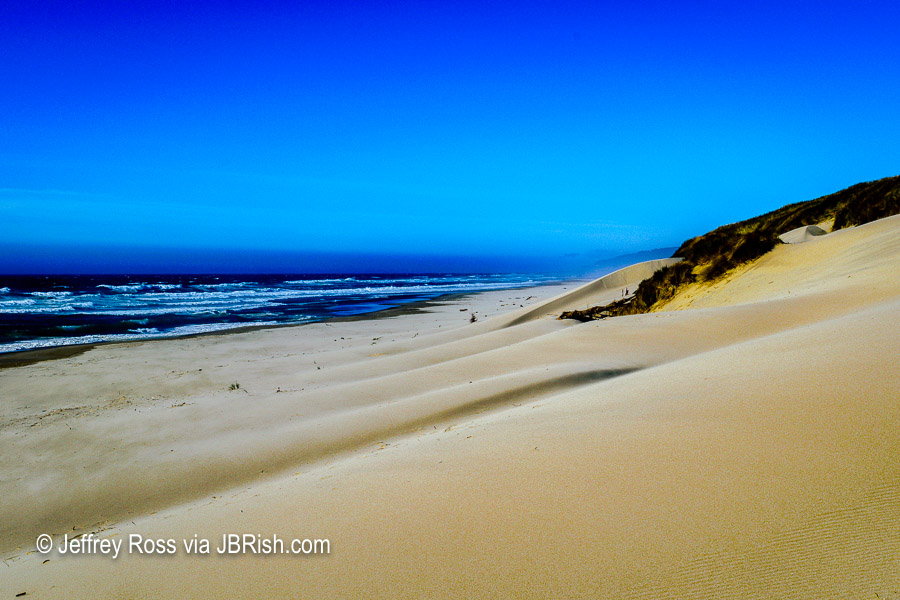 I am hoping the panorama below offers a better sense of the scope and beauty of the sand dunes. They were very impressive indeed!

Adventures in Oregon: Newport to Yachats