After leaving Cape Lookout State Park, we were eager to see more of the beautiful and very different (for us) Oregon coast. Our next stop was Pacific City and environs. We realized very soon into our adventures that every city, town, hamlet, etc. is very proud of their section of the Oregon coast with their variety of natural rock formations and distinct features. 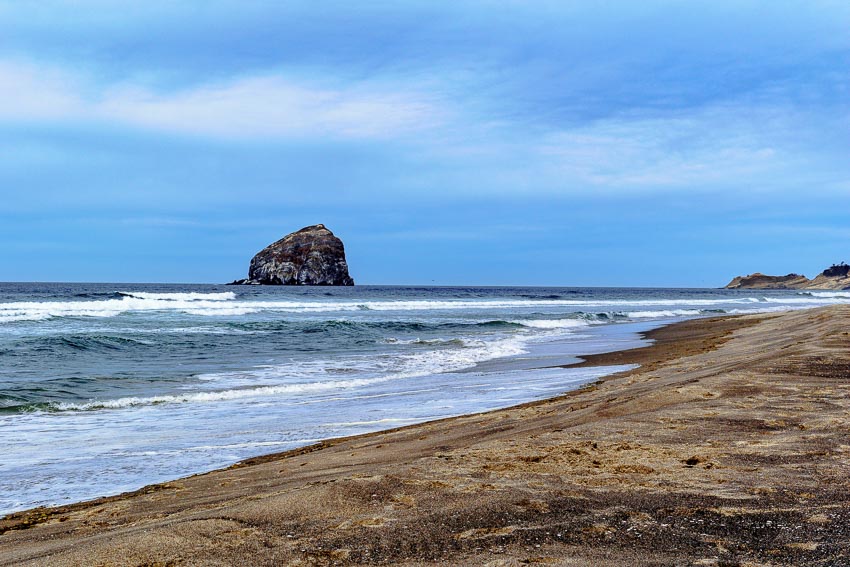 It is hard to appreciate at a distance so here is a closer view. 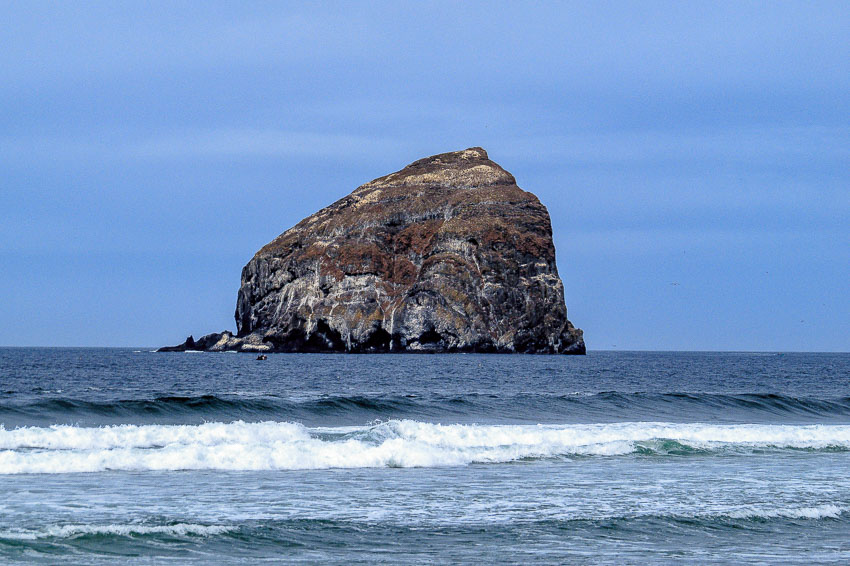 The relatively nice day brought many people to the shore for a variety of activities including surf casting. 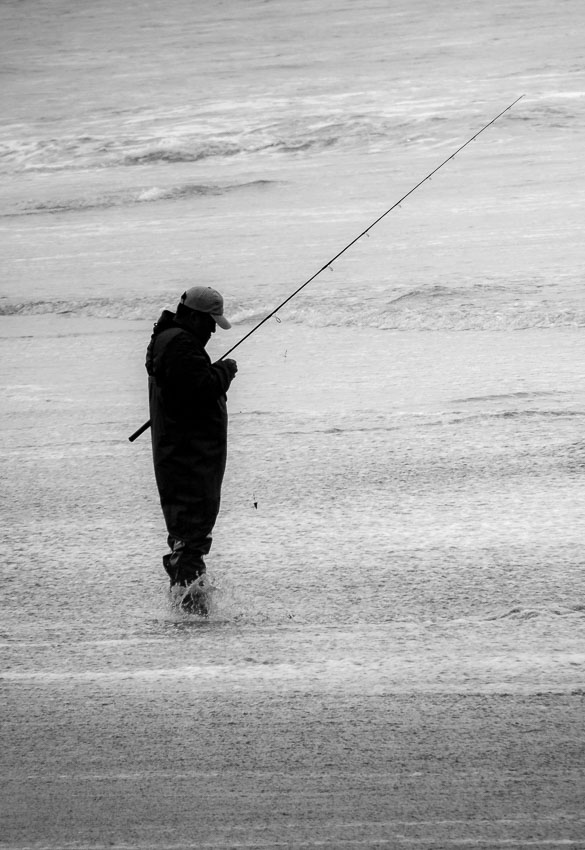 A surf caster adjusting his rig

After a stroll along the beach, we decided to take advantage of whatever sunshine we had so we headed for the Nestucca Bay National Wildlife Refuge. We are fond of preserves and refuges and the descriptions we read were enticing.

We realized that this area was being revitalized and was very nicely presented. Unfortunately, this was probably not the best time of the year to appreciate the refuge as most wildflowers were dead or waning.

I guess the wooly bear caterpillar should have given us a clue. 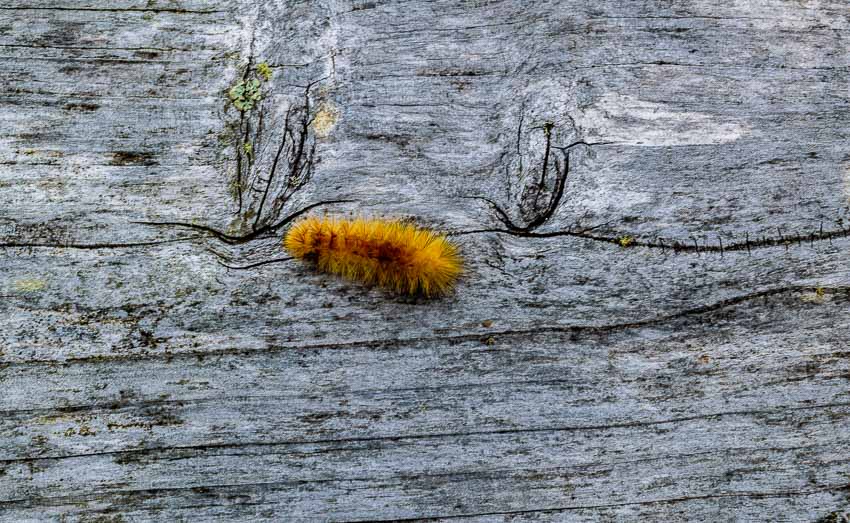 A wooly bear caterpillar hinting at the cooler weather coming

Nevertheless, we embarked on the walk up the main path. Here is a view of Haystack Rock from one of the highest points in the park. 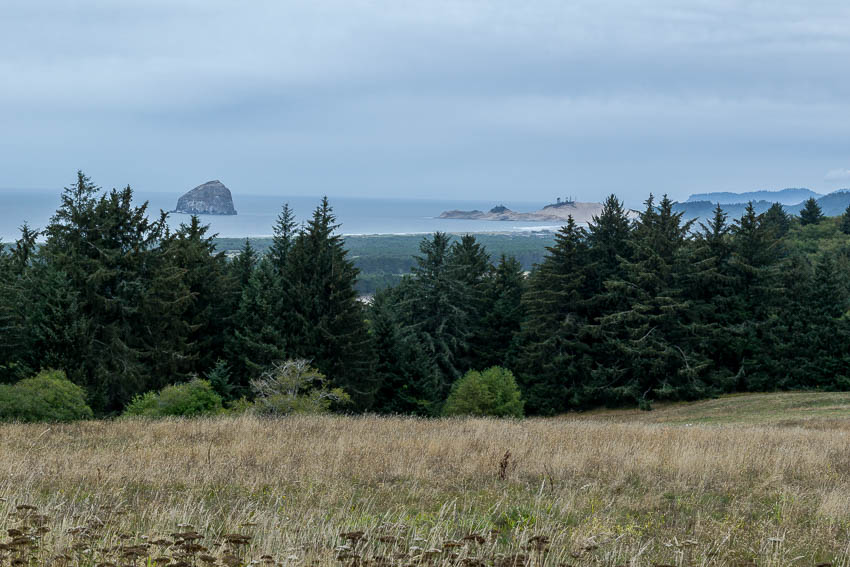 Haystack Rock seen from a high point at the refuge

We also appreciated the “fun” side shown by the custodians of the refuge. 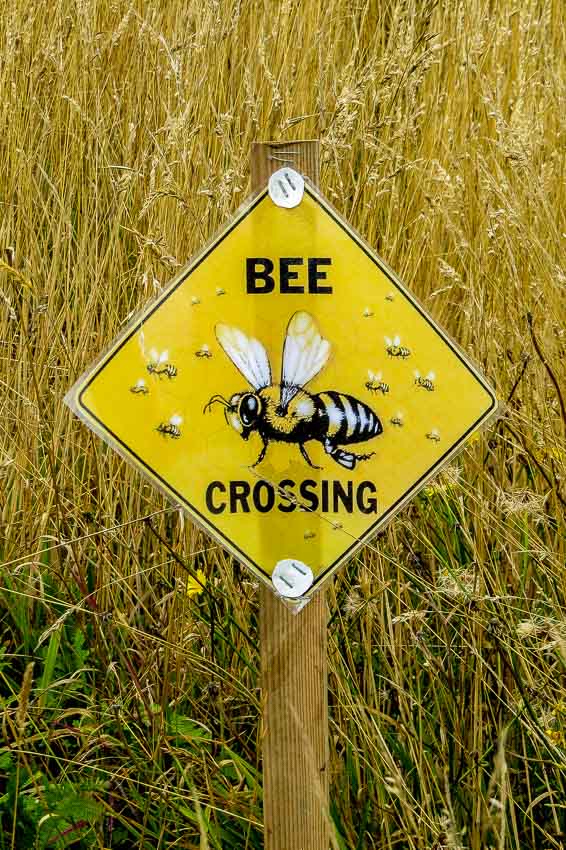 With no animals, not very many flowers to see, the sky becoming overcast and cooler temperatures developing, we left the refuge. Once again we decided to head on down the road to see another one of the touted sites nearby; Proposal Rock. There was a large parking area near the beach access with a unique and colorful wooden sign. 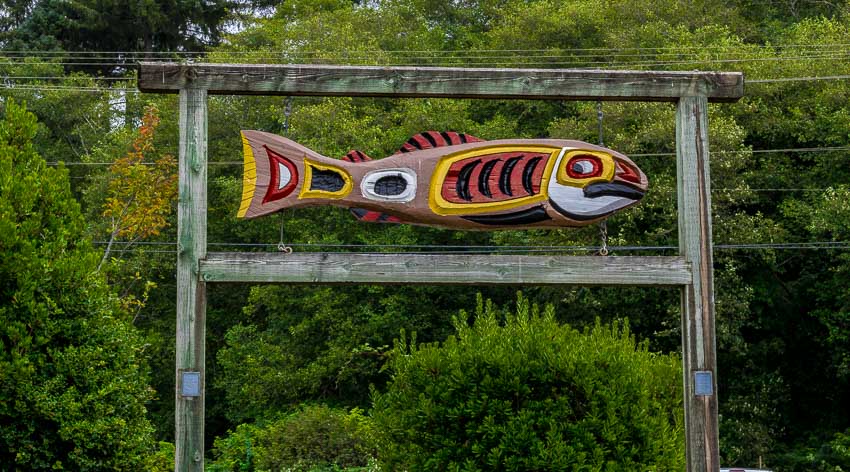 A short walk toward the back of a nearby hotel, led us to the beach where Proposal Rock is located. There was an active volleyball game being played as you can see in the area between the gap toward the right of the photograph. 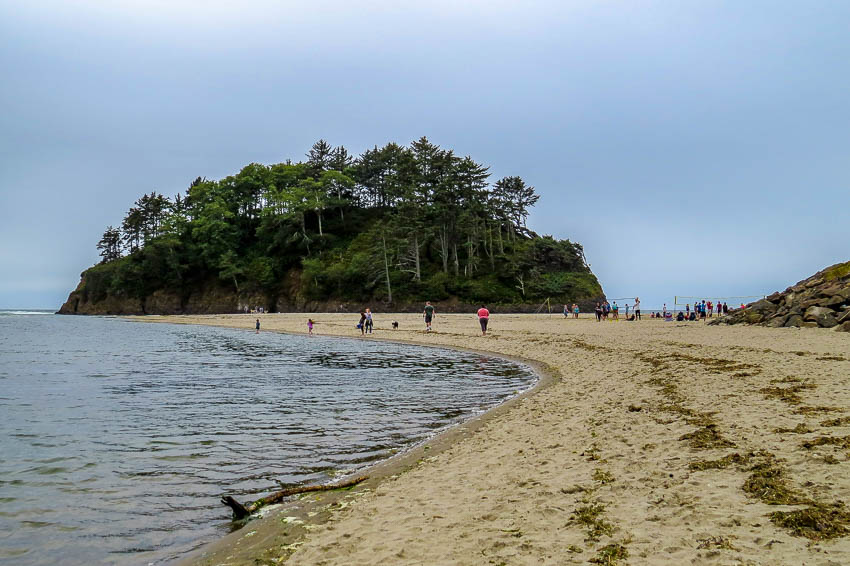 We had one more stop earmarked for this day so we headed back to our car and reviewed the map for the best route toward Lincoln City. Once in town, and after securing our room for the evening, we headed for Roads End State Park. One of the area “residents” seemed to be standing watch over the parking lot inspecting new arrivals while making sure to heed the sign. 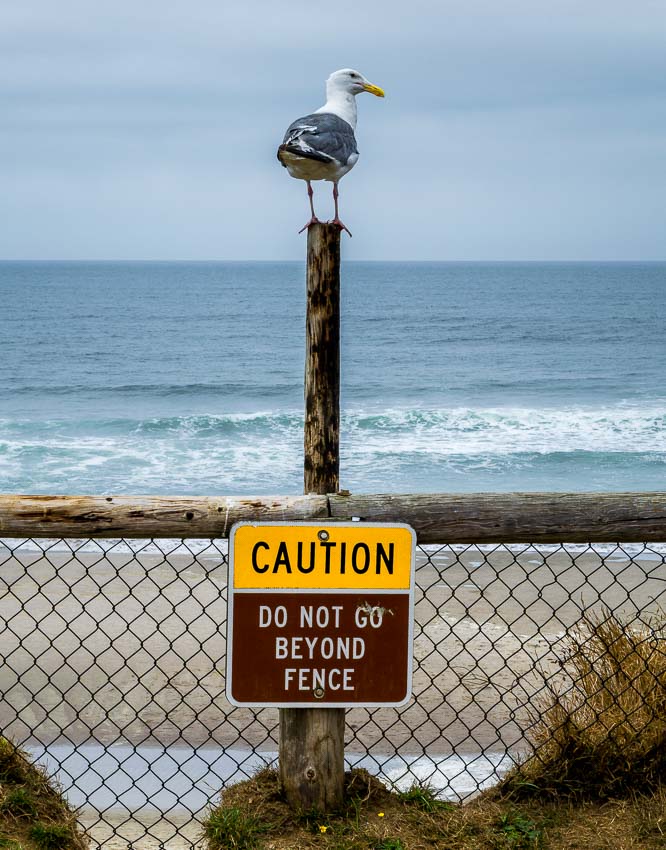 A segull sitting atop a sign to ‘stand back’

Although the day was not very sunny, this beach was abuzz. There were college groups playing a variety of sports which we stopped to watch at various points. Many of the activities were new to us.

We proceeded with our customary routine of exploring by walking up and down the beach looking with interest at the various items we found in the sand and admiring energetic pups running through the surf.

This long rope-like piece of vegetation (below) is Bull Whip Kelp. These plants were very long perhaps twenty feet or more. It was amazing to see how thick and firm they were and how many pieces were strewn across the sand. 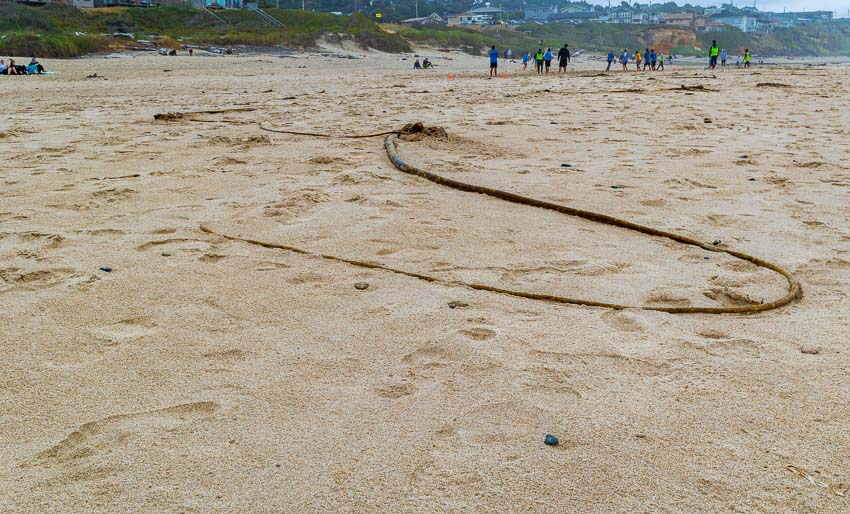 Nature has an interesting way of offering gifts to those who are observant. Whle walking along the beach, we discovered the pieces of a Dungeness crab. Although the crab was very dead and well-eaten, all the major parts where present. I only had to move them slightly to arrange them in their relative natural order. 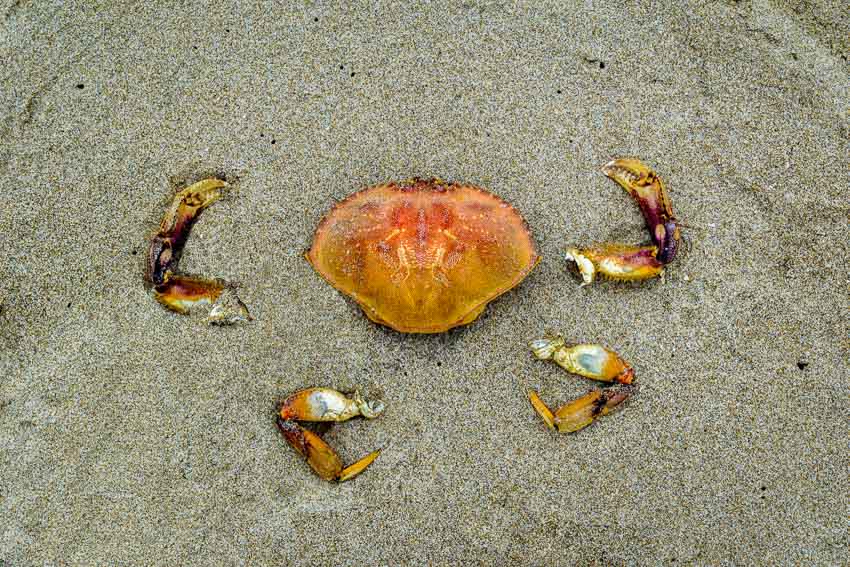 Remains of a complete Dungeness crab

We had seen enough beaches this day and it was time to remove the sand from our shoes so we headed “home.”