Krka National Park is a relatively easy day trip from Split, Croatia and an option that I would heartily recommend. It is one thing to see images online, but nothing can convey the absolute beauty of being there.

The park’s name is derived from the Krka River which is the source of the water that dances over the numerous falls. It must be noted that during peak seasons the park is usually crowded, but still large enough to handle the traffic.

A main boardwalk guides visitors to many of the park’s most interesting venues. 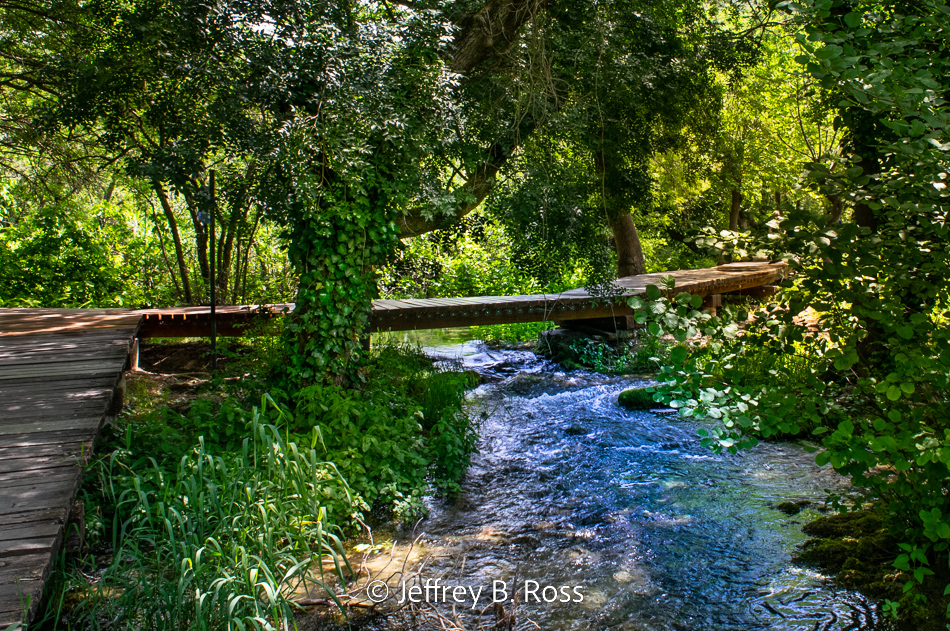 What is striking about Krka is that there are so many waterfalls in such a condensed area. 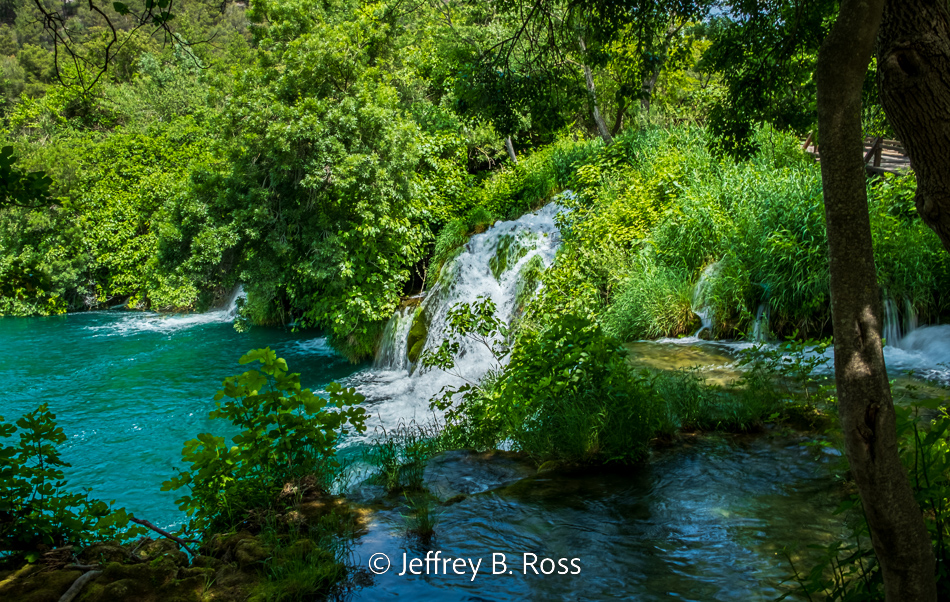 At times it seemed like visitors were being ambushed by waterfalls that were lurking just around the bend. 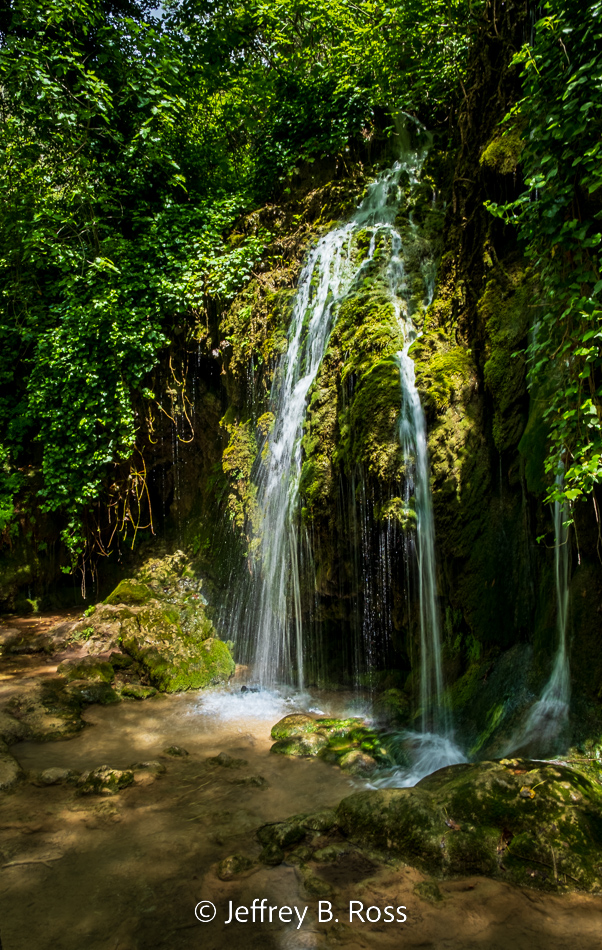 While the waterfalls will prove most enjoyable, there are other elements to be enjoyed both natural and man-made.

The old stone house now serves as a souvenir shop… 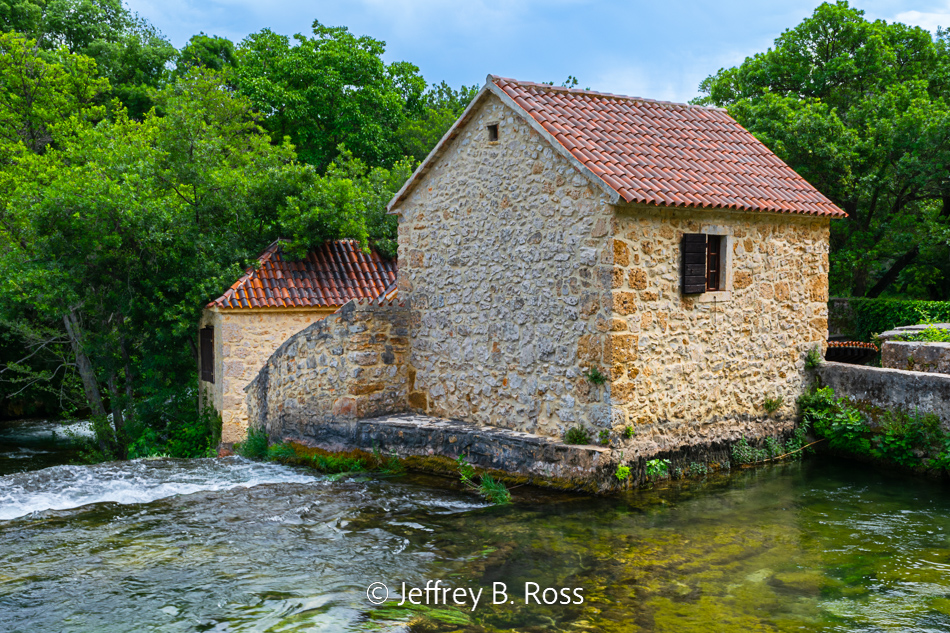 and a water-powered grist mill is also interesting. 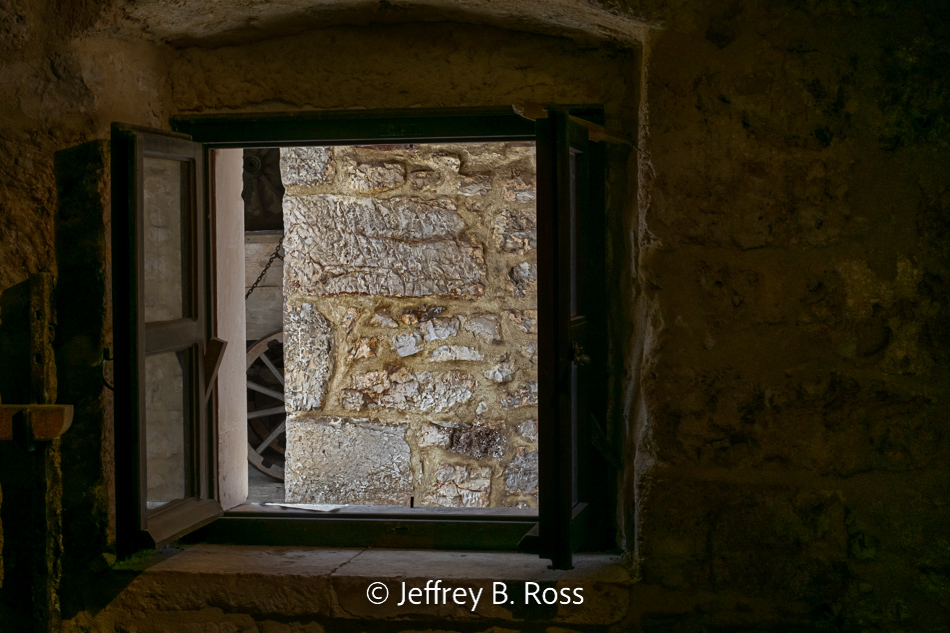 While strolling along the boardwalk it pays to be alert. There are fish swimming alongside the guided path obviously desensitized to the presence of visitors.. 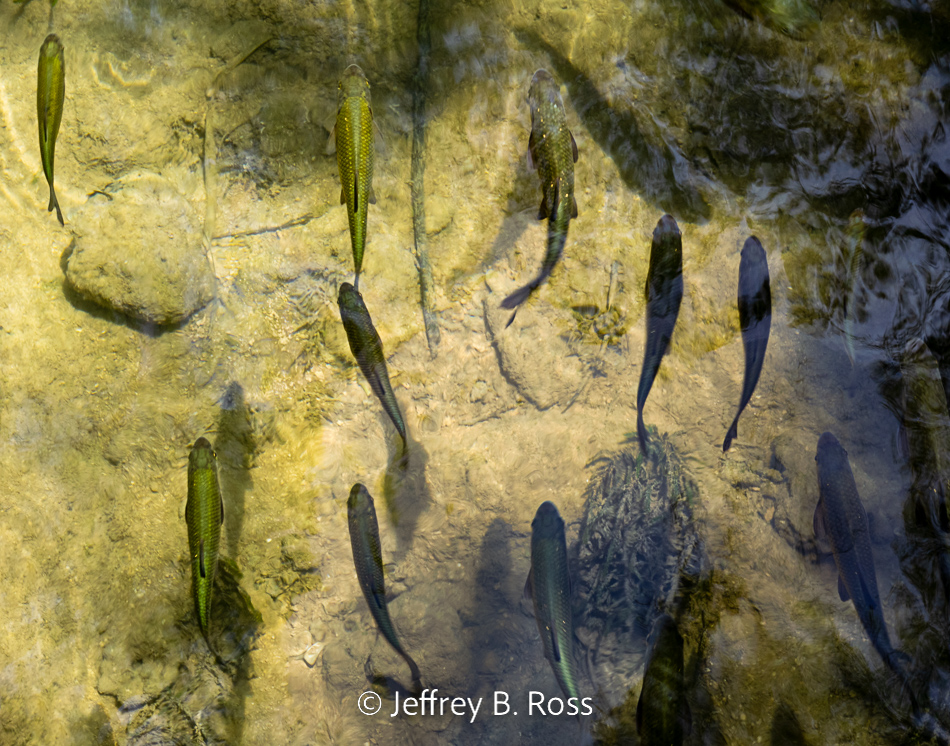 We also heard frogs croaking as we hiked through one area and sure enough they were hiding among the vegetation. 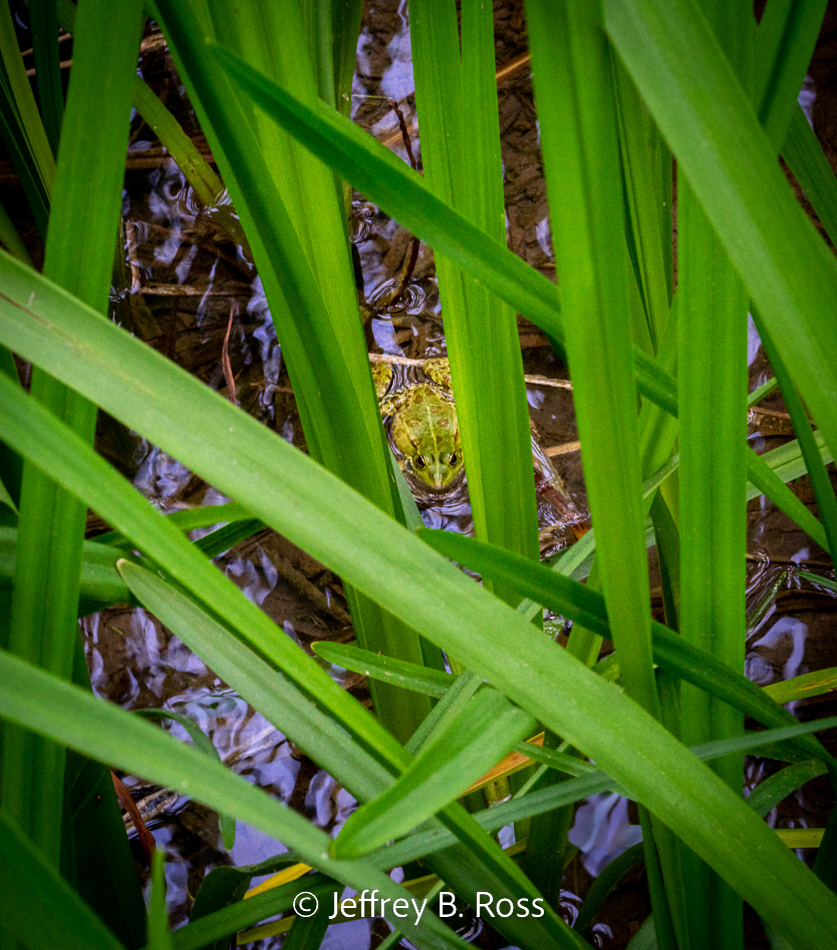 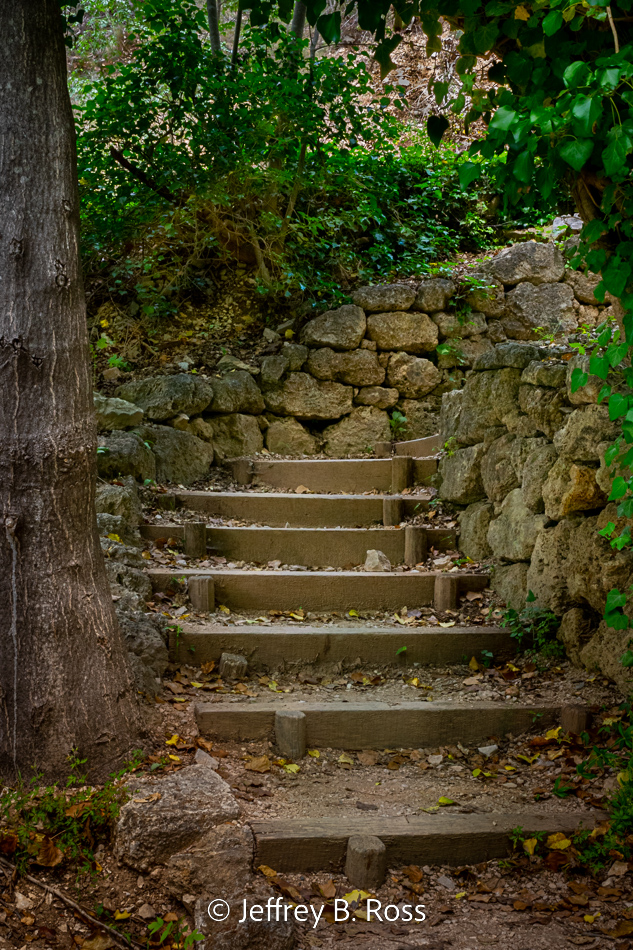 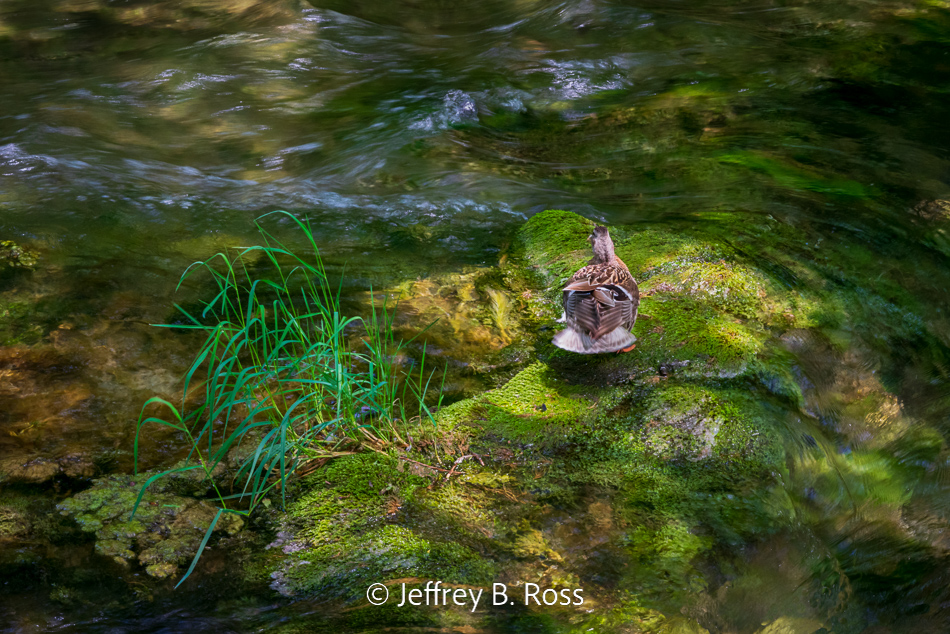 The star of the show were the numerous waterfalls which seem to spring up everywhere in rivulets or cascades in one form or another. 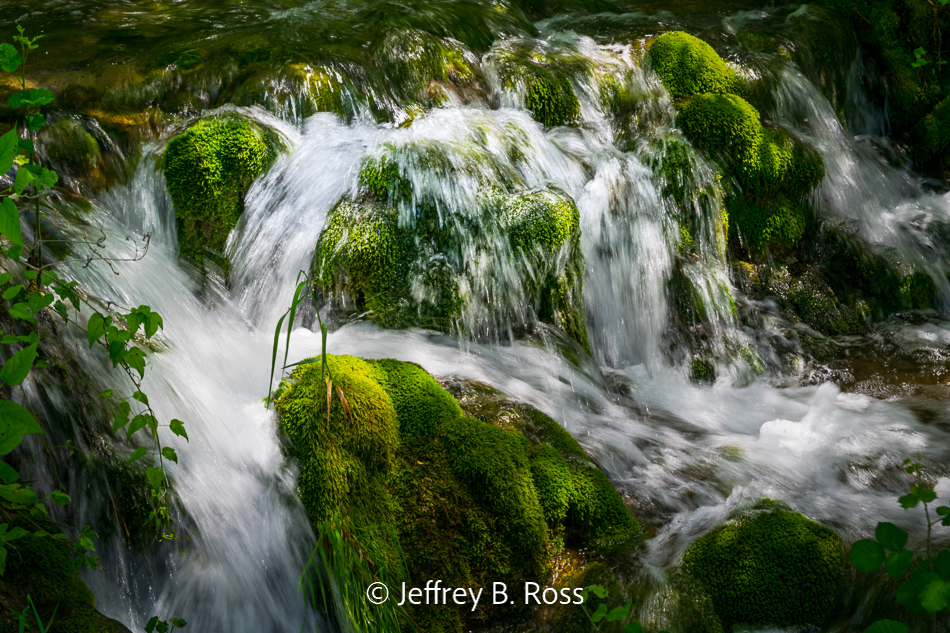 On the downward swing toward the park’s main attraction we passed this showy torrent. 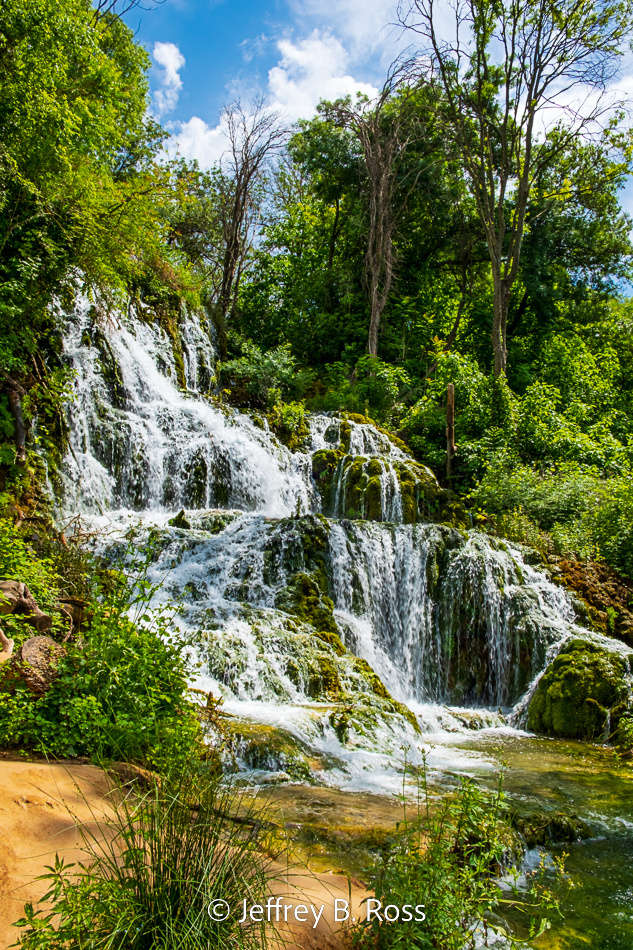 From a nearby clearing we could see the prominent Skradinski Buk waterfalls and the boardwalk crowded with admirers. 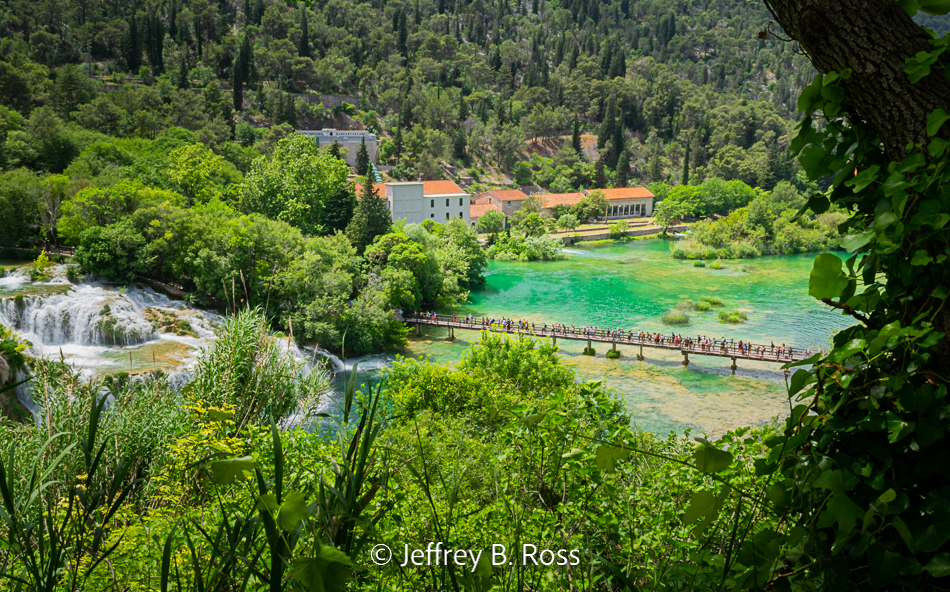 The Skradinski Buk is a fitting highlight to the end of the tour. It is a series of layered rock terraces which turns the flowing stream into spectacular, interwoven cascades. 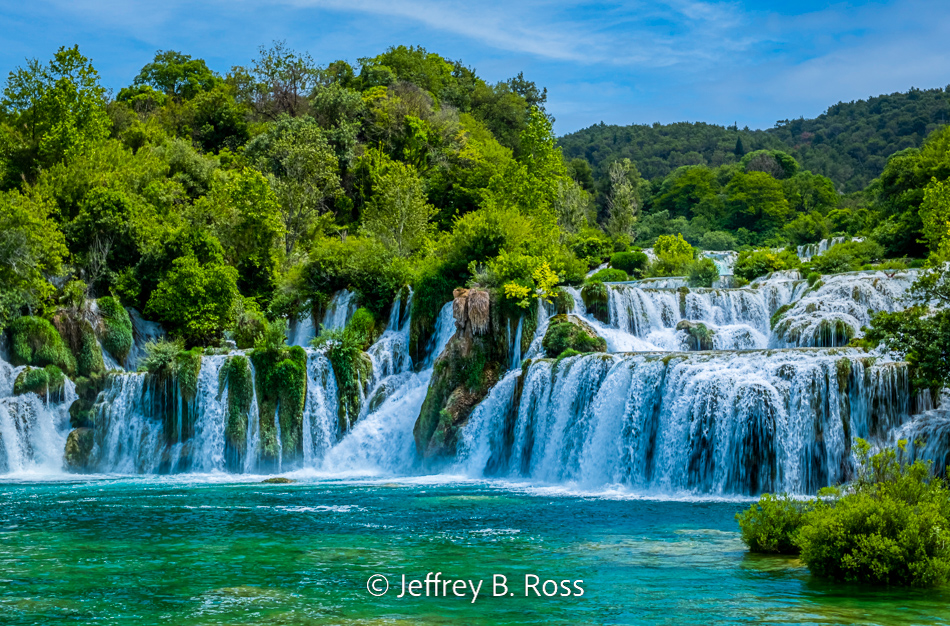 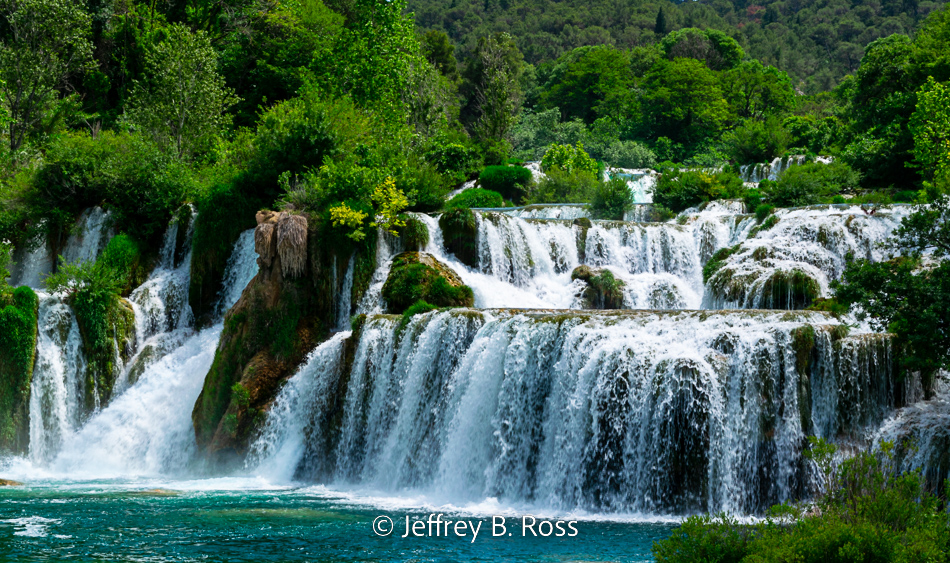 After leaving Krka National Park, we took a short boat ride to the quaint town of Skradin. 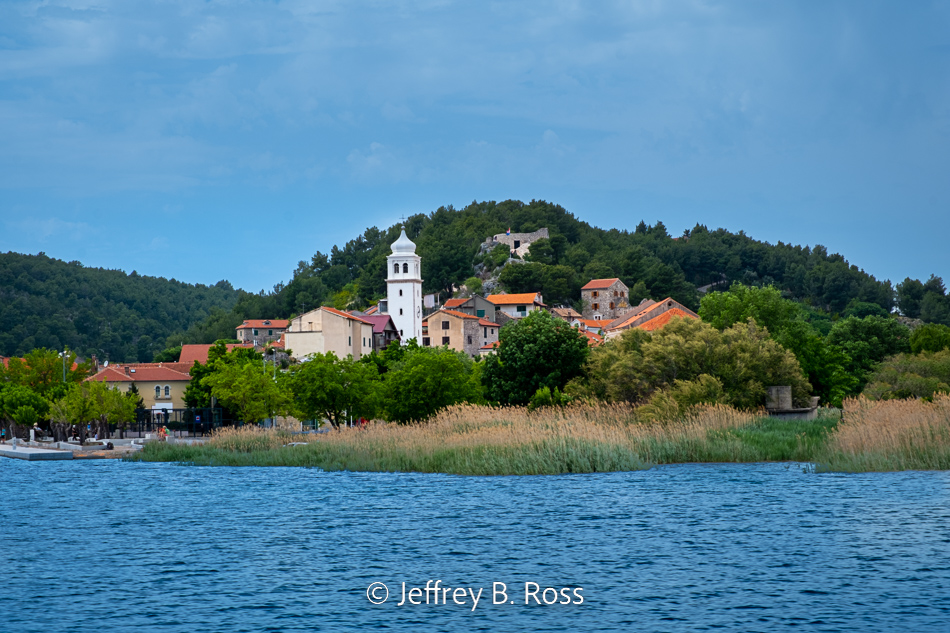 Dubrovnik, Croatia – Pearl of the Adriatic

Old Town Dubrovnik – Above it all

Old Town Dubrovnik – The Low Down

Dubrovnik from the Adriatic and Mt. Srd

Montenegro & The Walled City of Kotor