After a few days in Dubrovnik it was time to bid the city farewell and travel onward to the country of Montenegro.

Map courtesy of Owl & Mouse modified by J. Ross for this post

Shortly after boarding the ferry at the Bay of Kotor (Boka Kotorska), the beauty of the area was on display.

Against such a backdrop even a humble transport ferry somehow becomes more photogenic.

The crossing of the bay to Porto Montenegro took approximately 15-20 minutes.

After disembarking the ferry, travelers can take a brief ride to the marina with its impressive yachts.

Adjacent to the waterfront was a beautifully detailed shopping mall where visitors can feel like they are in an episode of Lifestyles of the Rich and Famous.

The mall ran alongside the hotel and “commuter” marina for smaller watercraft.

After a quick visit to Porto Montenegro it was off to the ancient walled city of Kotor.

The small city with winding streets and steep hillsides has numerous attractions and charming characteristics. A favorite stop for tourists is the Cathedral Of Saint Tryphon (Sveti Tripun) which dates back to 1166. Parts of the Cathedral were rebuilt and modified after earthquakes as evidenced by the differences in the two towers. 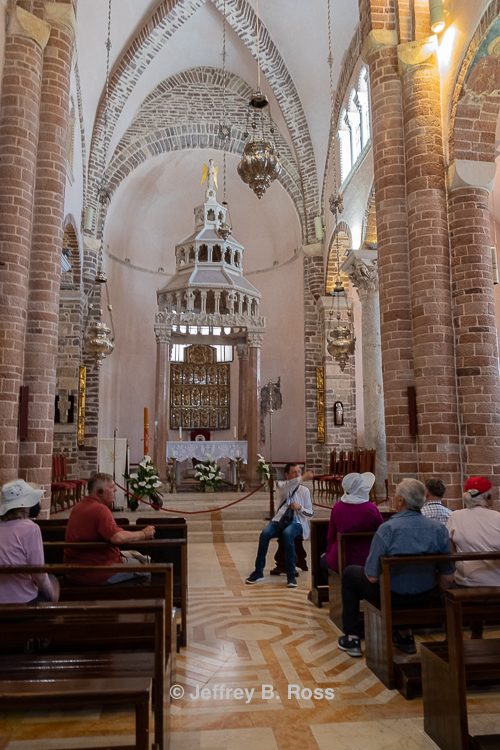 The gilded altar is one of the city’s prized possessions.

Not far from the Cathedral is a square where one of the oldest trees in the world can be found. This black poplar was reportedly planted around 1667.

The thick brick walls and amply spaced viewpoints reinforce the concept that Kotor is a fortress.

It is a wonder how some of the more delicate artifacts such as this carving of the Venetian Lion under an archway have withstood the centuries.

Every town or village of this era has at least one fountain.

Built along the base of the mountainous cliffs, residents of Kotor made use of steep, outdoor stairways that have become quite worn over the years. 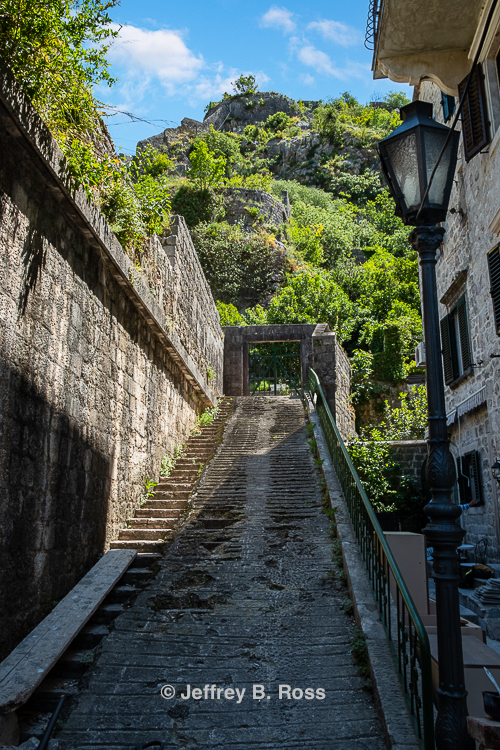 In any area that beckons travelers, there are dining venues and Kotor was no exception.

Inside the city’s walls one can see just the tips of the cliffs of Mount Lovćen. Once outside of the wall the scope of the mountains becomes more apparent. 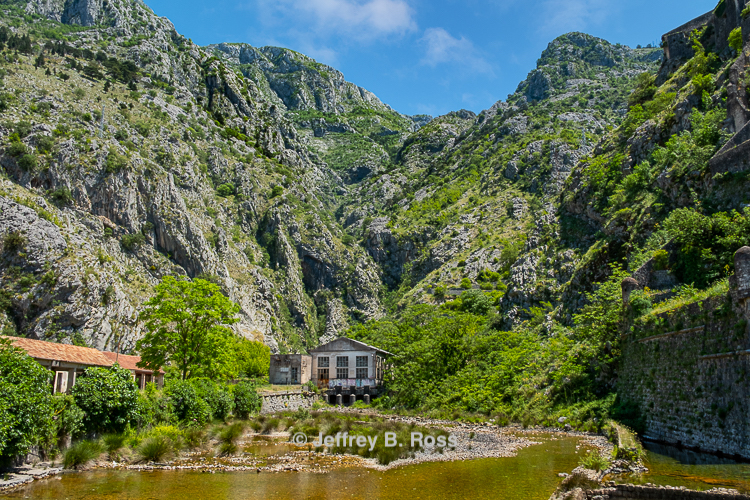 The domed buildings inside the wall are nestled between the mountains and the Škurda River.

Near the North Gate/River Gate

See Previous Posts in this series:

2 thoughts on “Montenegro & The Walled City of Kotor”