Dubrovnik is sometimes referred to as the “Pearl of the Adriatic.” There does not seem to be a definitive explanation of how it acquired that moniker except that it has many attributes that are extraordinary.

Truth be told, I didn’t know precisely where Croatia was located other than it was in eastern Europe somewhere, but once I saw a few photographs, I was hooked. It took three years to finally get there due to the pandemic, but I have to admit…it was well worth the wait. 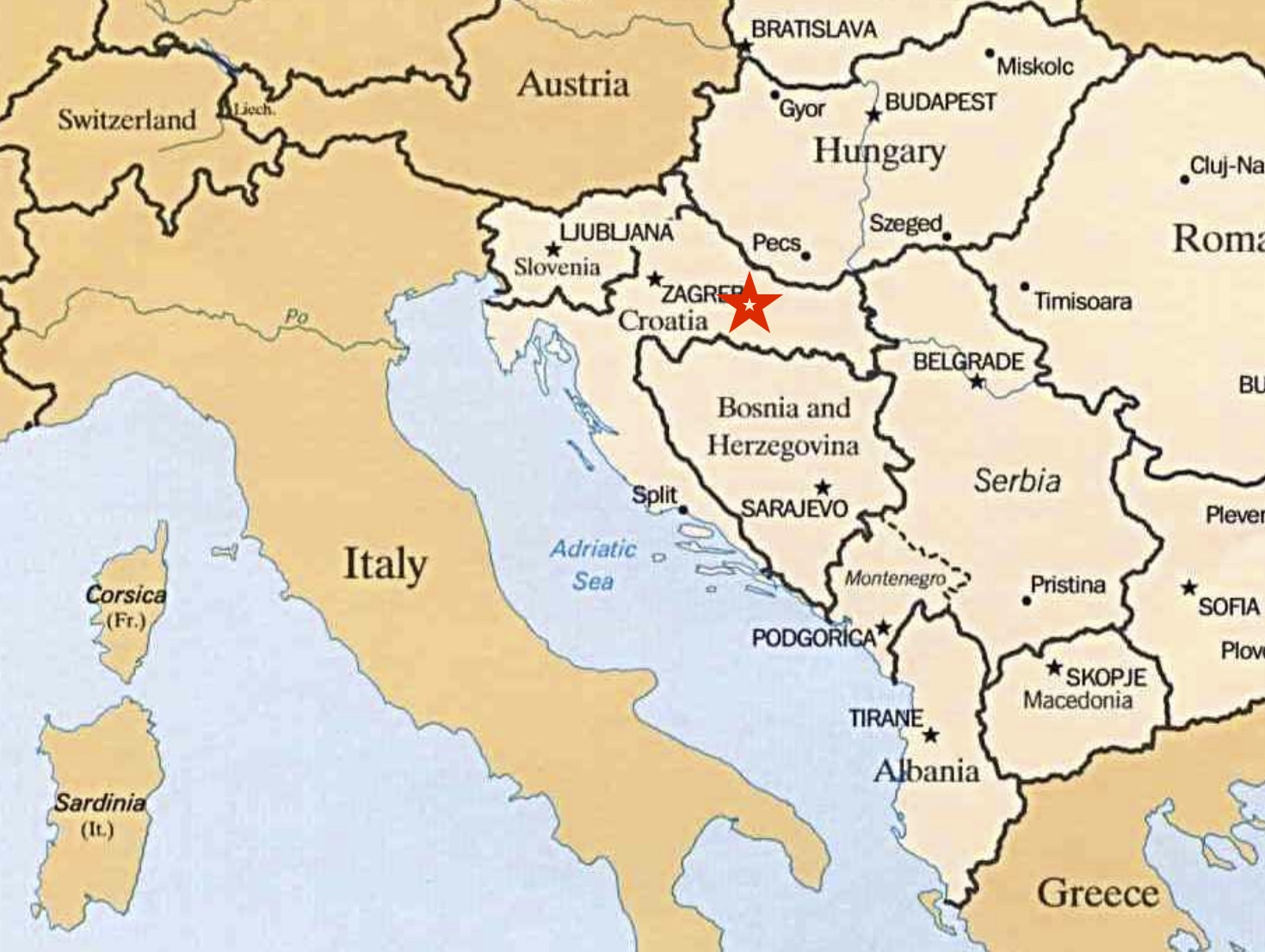 Our Croatian adventure began in Dubrovnik; recently popularized as a location for portions of the series Game of Thrones. One of the main focal points for tourists visiting Dubrovnik is Old Town. During its early history, the city protected itself against invasion by building large walls around the perimeter. Today, walking “The Wall” is a very popular tourist activity.

The picture below, shows the wall surrounding the Old Town. Of course Dubrovnik is much more than just the walled section, but I would suggest that it should be high on the list of activities to consider.

There are several entrances to Old Town, but the main entrance is located near the Pile Gate and, as design would dictate, perhaps the best stairway to the elevated city wall is located nearby. 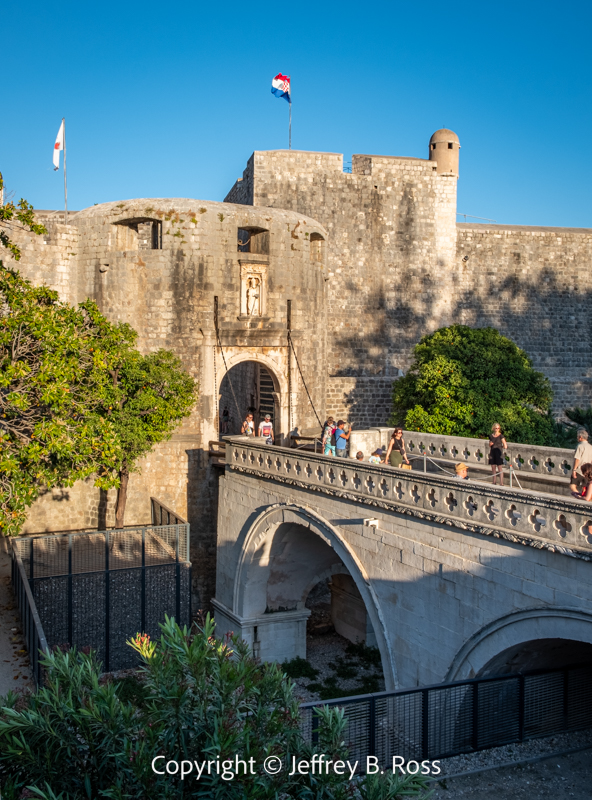 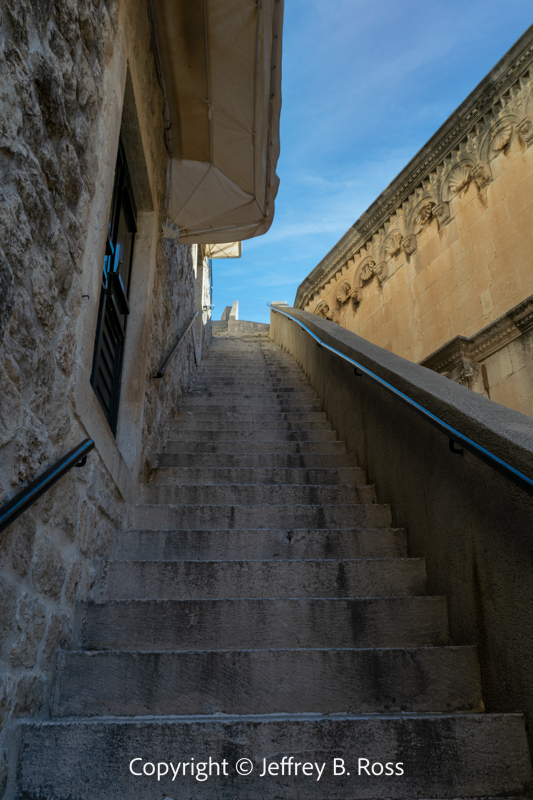 Another problem, if it can be called that, is when walking the wall it is hard to stop taking pictures. Every few steps a new scene is revealed that is just as picturesque as the last. Make sure to bring enough digital storage space or film to capture it all.

For those in good health and who walk or hike regularly, the steep sections of the walk and stairs should not be too much of a challenge and the remarkable experience is rewarding.

Elevated on a steep western cliff and visible from various points, Ft. Lovrijenac (Fort St. Lawrence) stands as one of the major landmarks. A visit to the fort is included as part of admission to the Old Town wall. Read more about the fort HERE 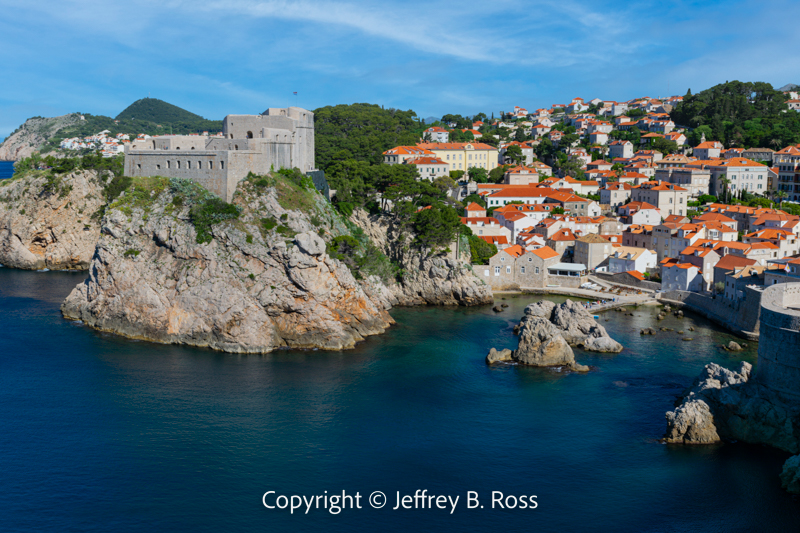 The picture below provides some perspective regarding the distance from the city wall to Fort Lovrijenac. 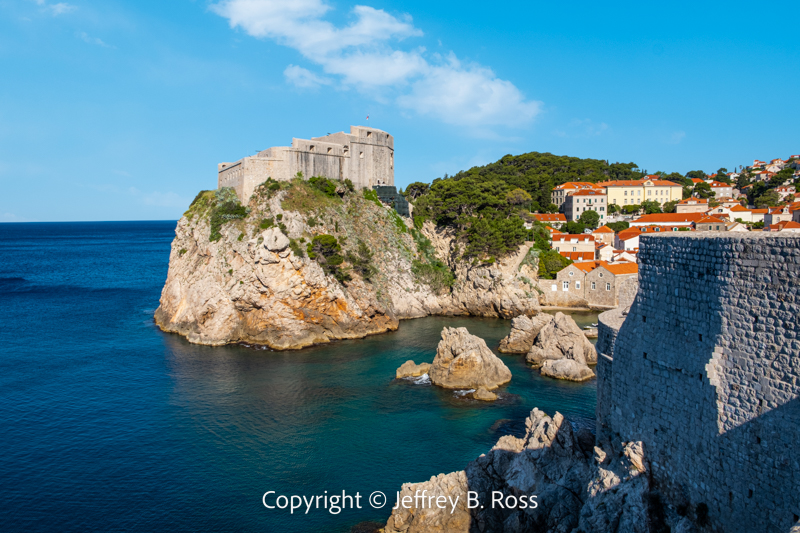 The orange tiled roofs of nearly all of the buildings in Old Town form a colorful backdrop for many of the prominent landmarks such as the Jesuit Church Of St. Ignatius rising above the nearby structures. 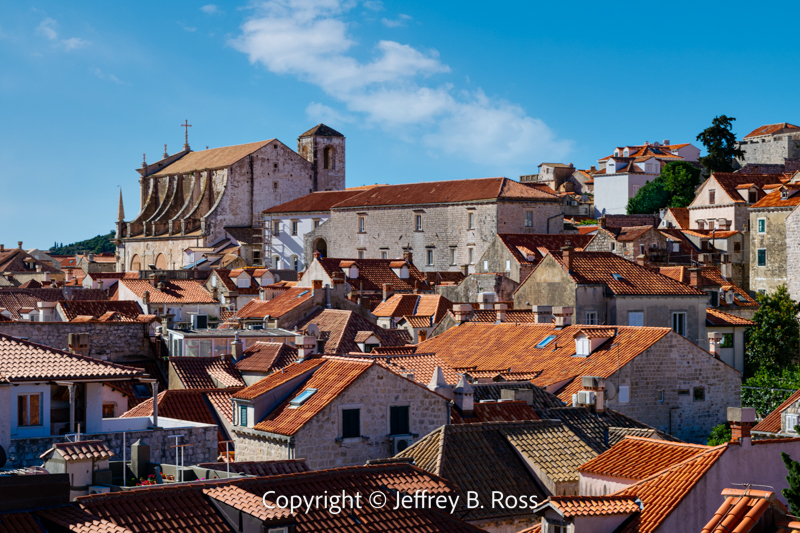 For the alert visitor, views along the wall prove themselves postcard-worthy. 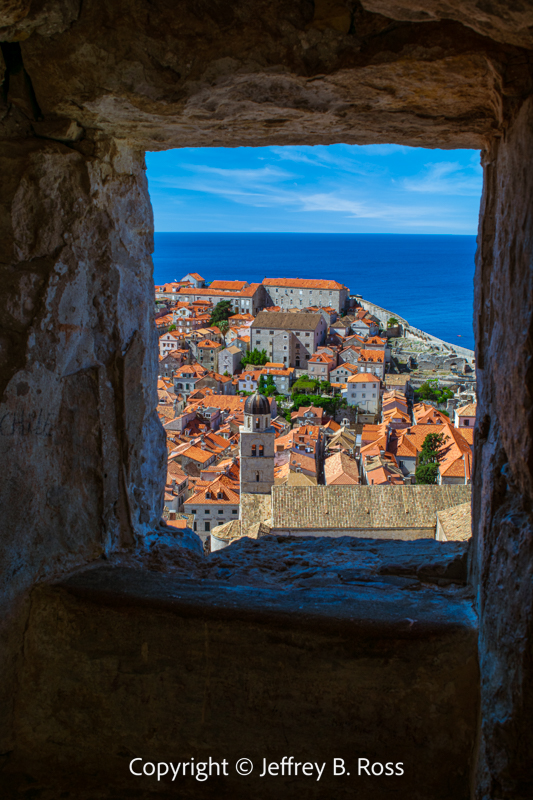 As the walkway meanders around the perimeter, there are occasional downward paths that provide a respite from the steps and uphill areas. 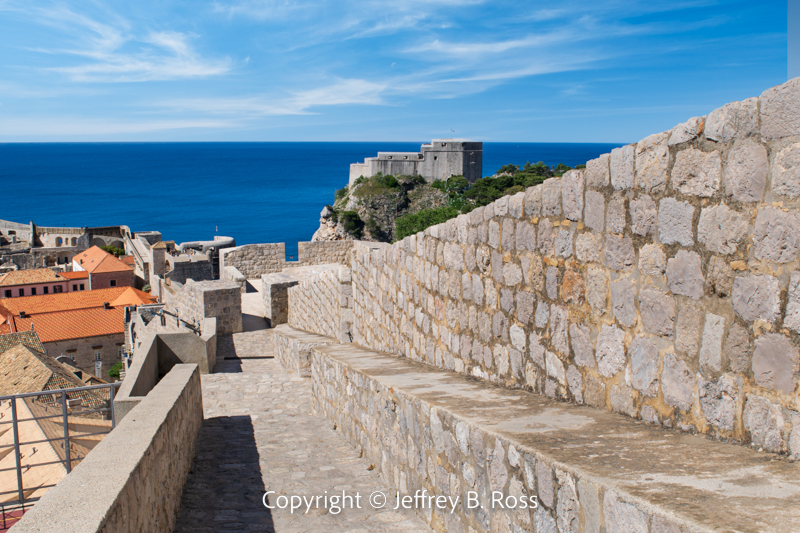 From a start at the Pile Gate and coming down the home stretch, the bell tower of the Dominican Monastery and the protected harbor of Old Town come into view. 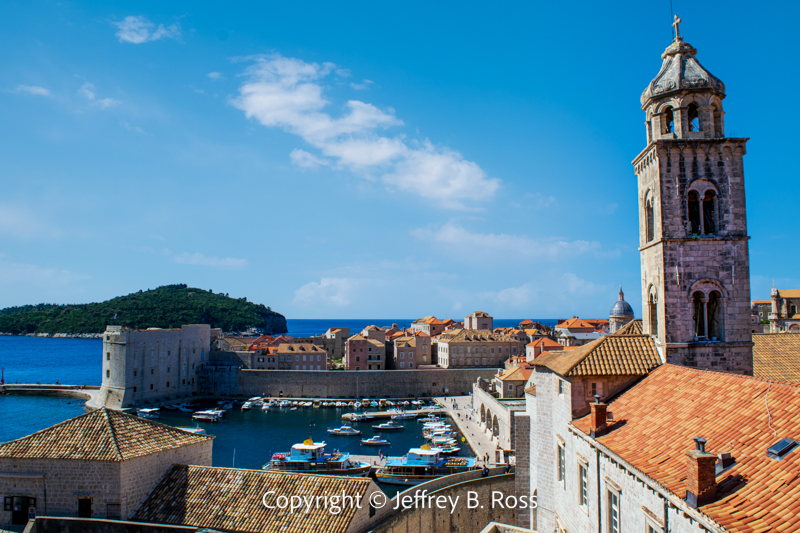 There is much more to report in following posts about Dubrovnik and the Old Town especially the juxtaposition of views from the wall and the streets of the ancient city.

2 thoughts on “Dubrovnik, Croatia – Pearl of the Adriatic”