After our lunch stop and being a bit refreshed, we once again boarded the bus heading for the Hakone area of Kanagawa Prefecture in Honshū and Lake Ashinoko (Ashi). The lake apparently lies in a crater of a volcano that hasn’t erupted since approximately 1170 CE. More than just a boat ride on a lake, little did we know of the surprises that were in store for our band of travelers.

In preparation for our trip, some research disclosed that Japan is the number one, per capita vending machine country in the world and our experience seemed to prove this fact. We found many, many different commodities for sale via vending machines. Here is one bank of machines at the lake and there were others! 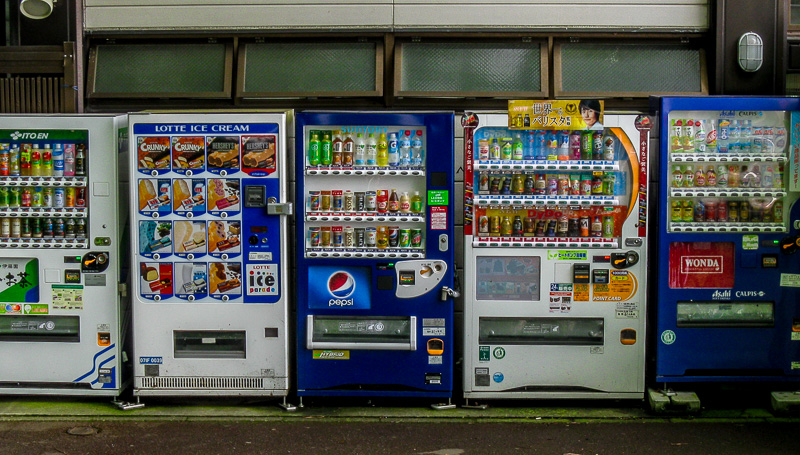 We boarded the ferry and began our cruise on the lake.

The mountain fingers jutted into the lake and were framed by the dramatic sky. 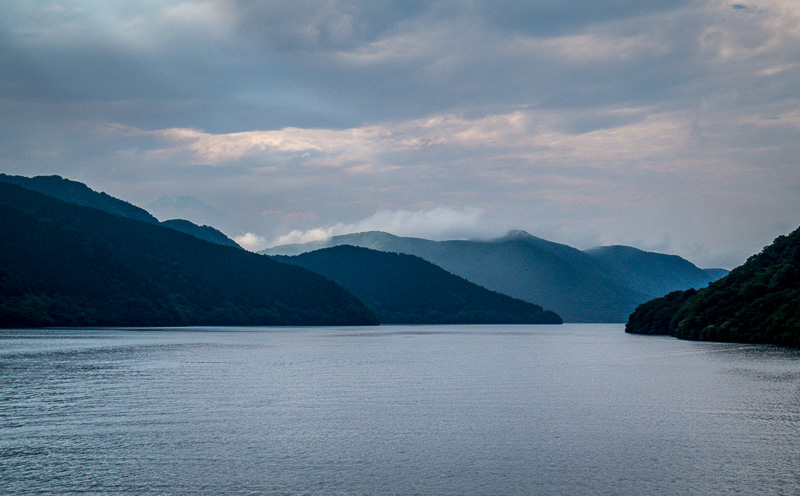 In the distance we could see a building on top of one of the peaks. We couldn’t immediately tell what it was. 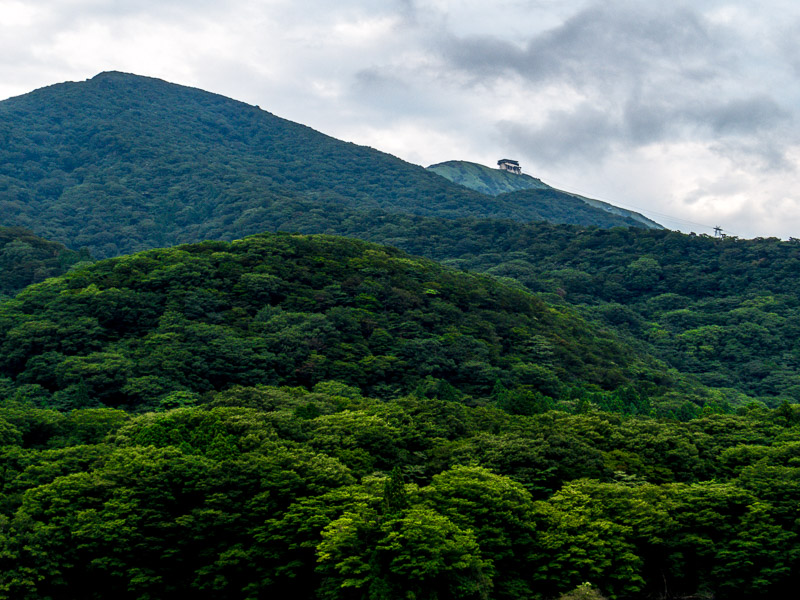 As we continued in that direction, we passed a pirate ship. Who would have anticipated pirate ships like this in Japan? 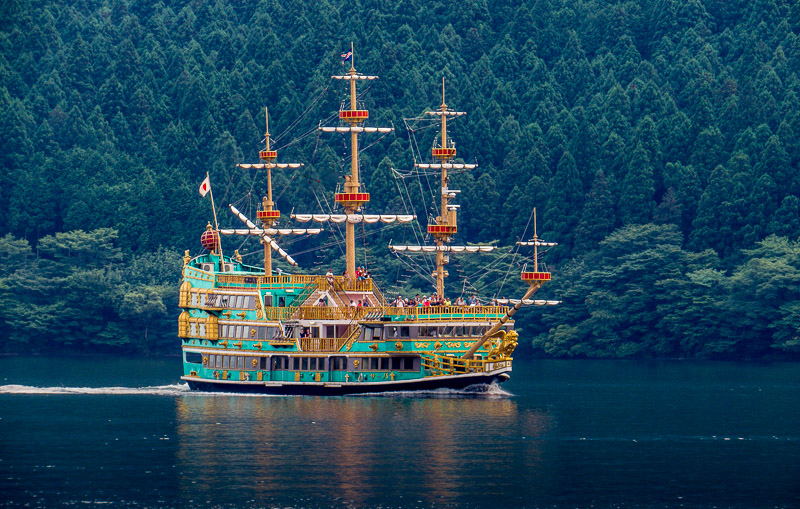 The mountain top with the structure was looming larger as we approached and the clouds continued rolling in adding to the drama. 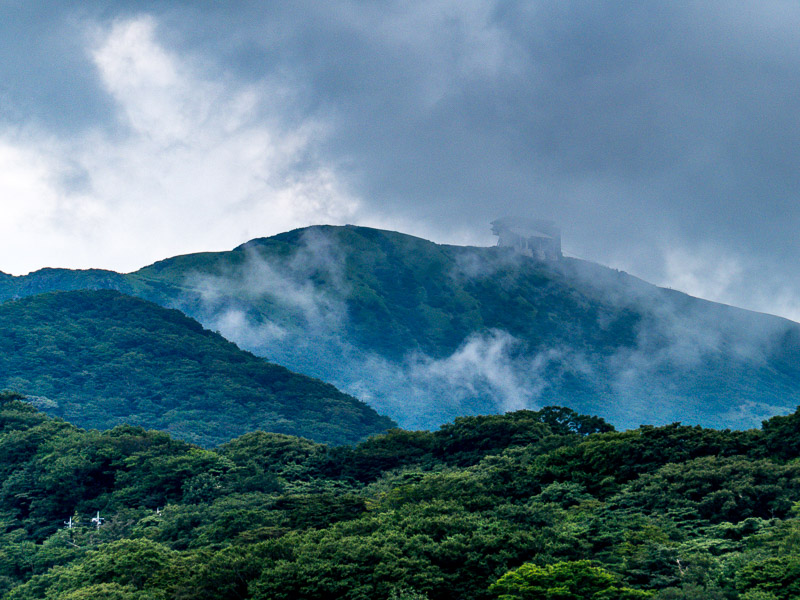 It now became obvious that this was a ropeway and there would be a ride to the top of the mountain in our immediate future! 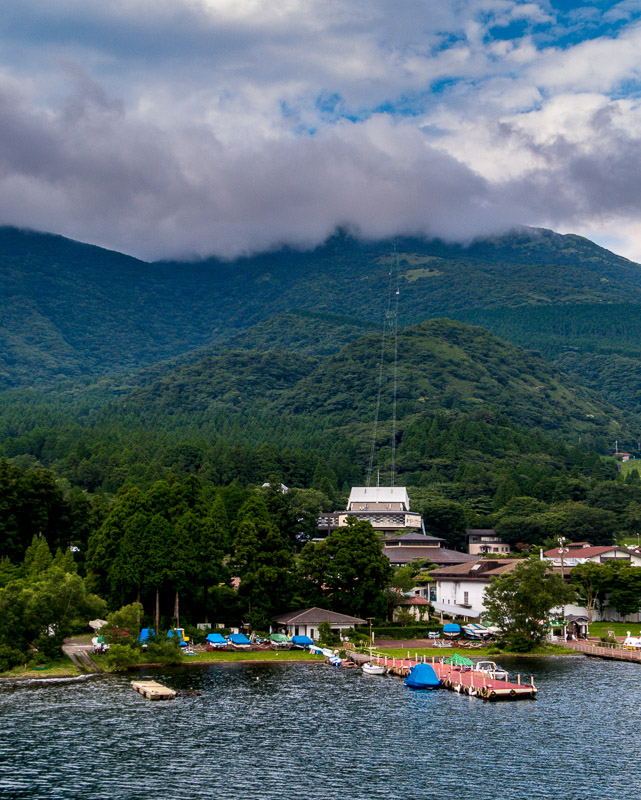 The view from the top was awesome! 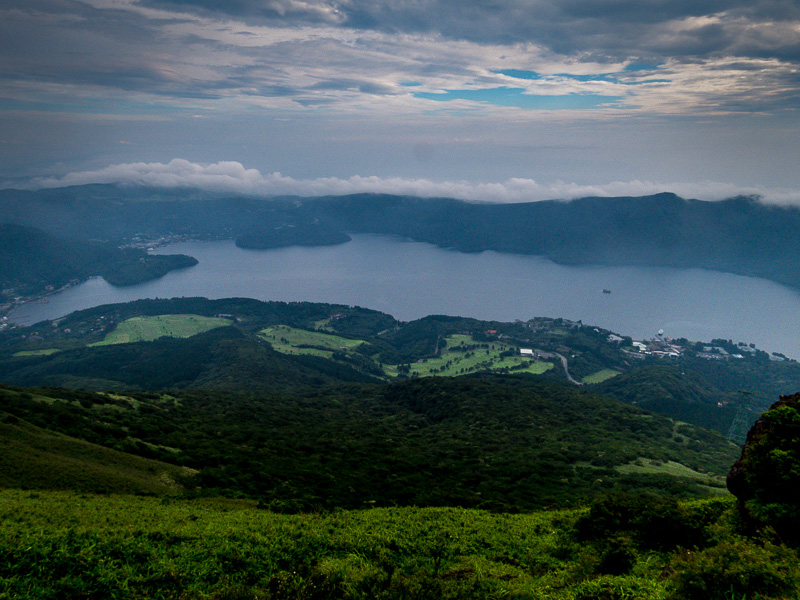 Behind the mechanical housing were two more traditional-looking structures 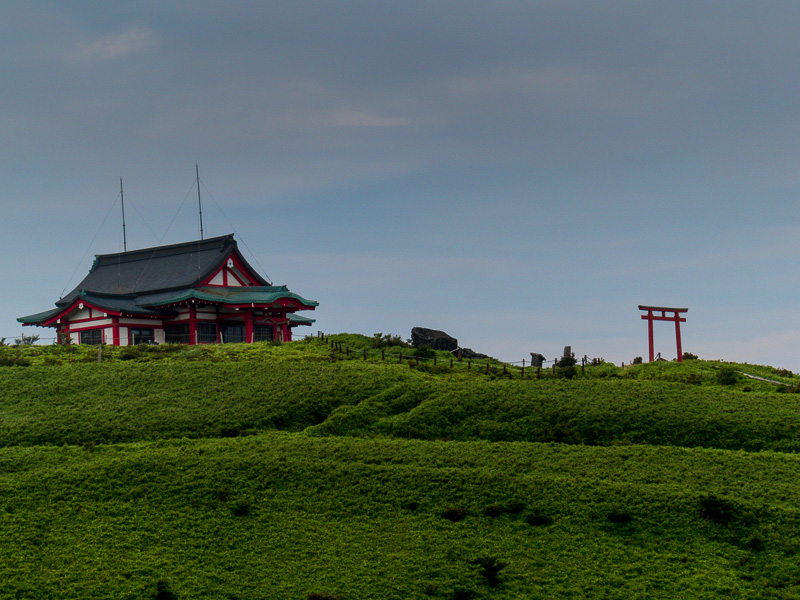 This was more akin to the tori we saw in the Meiji Shrine. 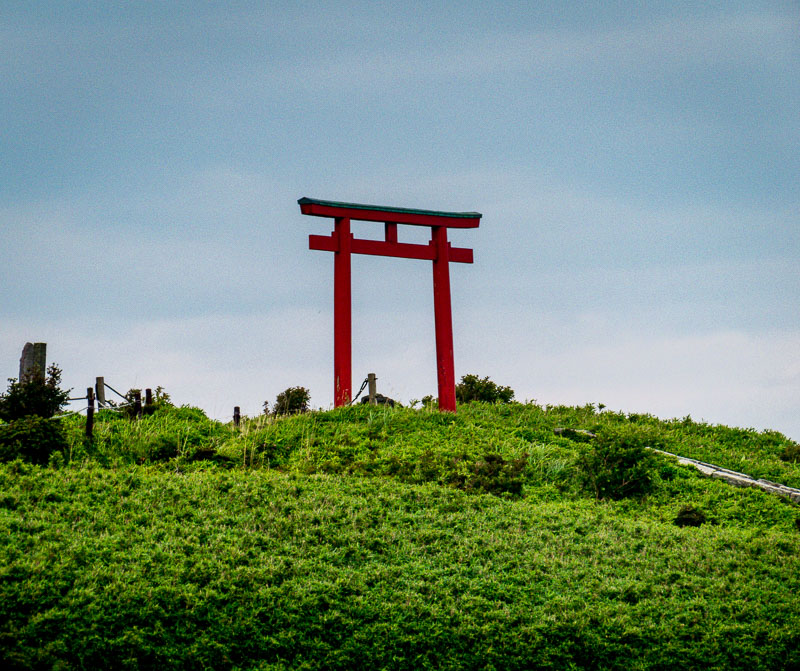 And of course, the pay off was the promise of a view of Mt. Fuji which was poking out from behind the mountains and clouds. 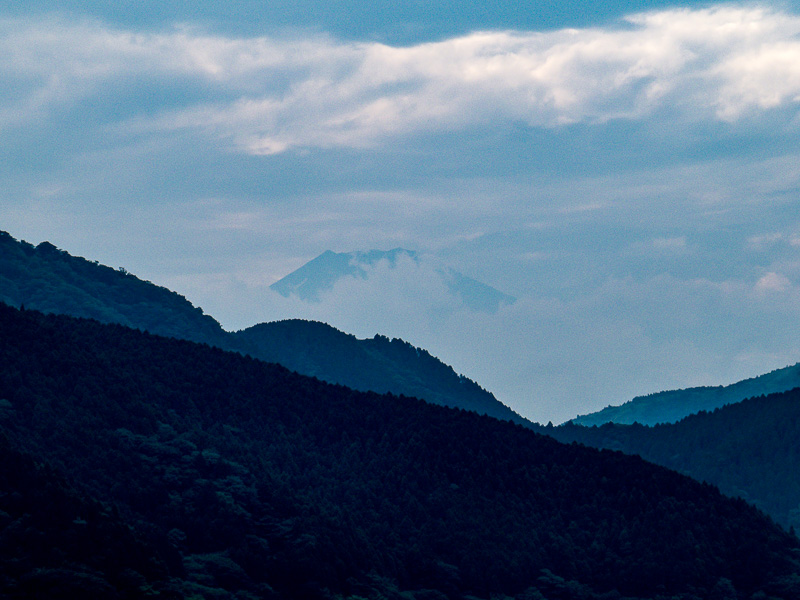 From time-to-time more of the clouds would give way to a glimpse of the majestic peak through the haze. 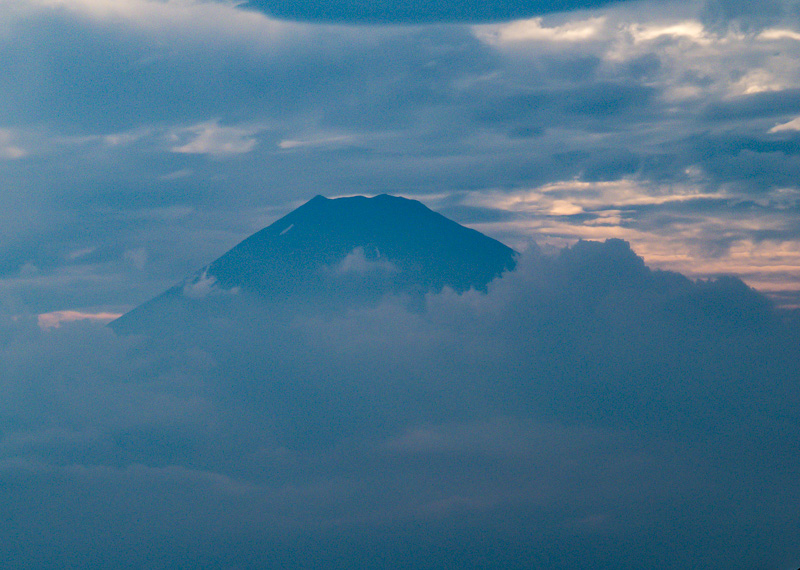 Mount Fuji proved mystical from this vantage point and these vistas left us satisfied.*

On the boat ride back to the dock. we passed a different pirate ship on lake Ashi. 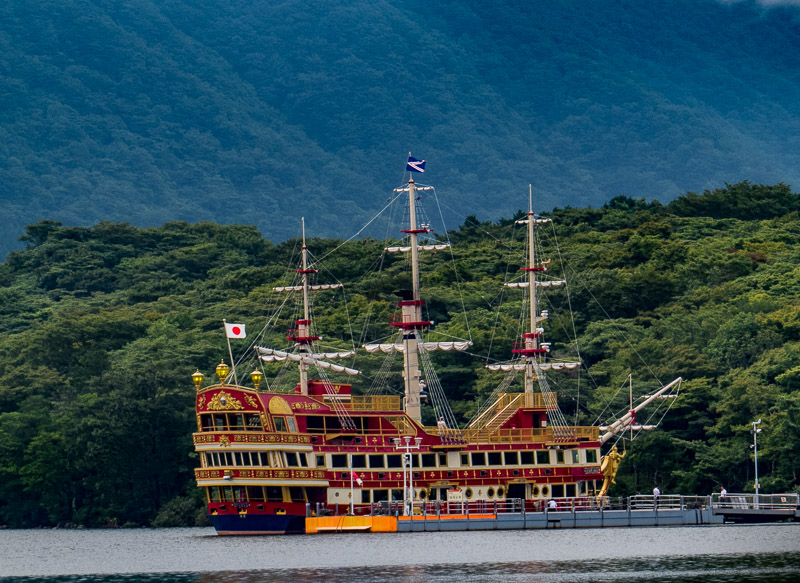 The next stop was the anticipated ride on the bullet train. Our wonderful guide, Marie, escorted us to the platform to patiently await the arrival of our train. 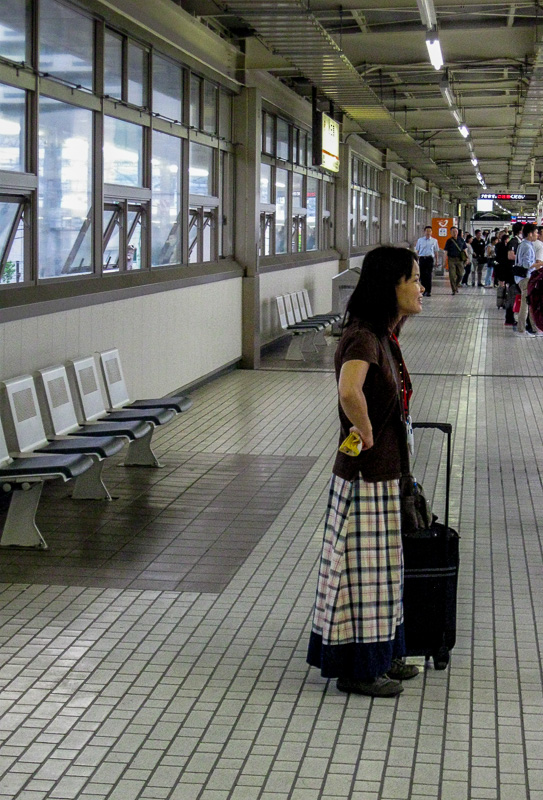 The train was sleek… 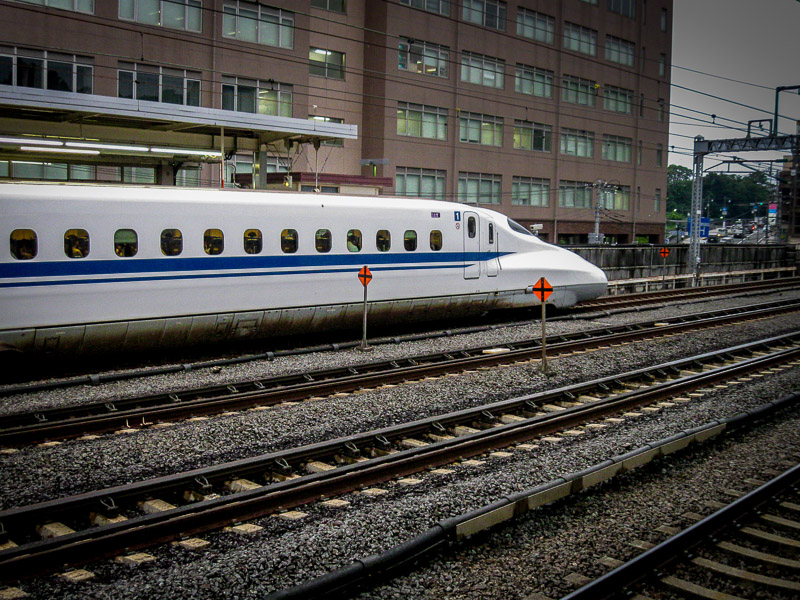 and interestingly enough, while seated inside did not feel as speedy as it actually was.

Lastly, we navigated the crowded commuter trains back to our hotel and we were proud of our companions who were able to figure out the correct route with little difficulty. 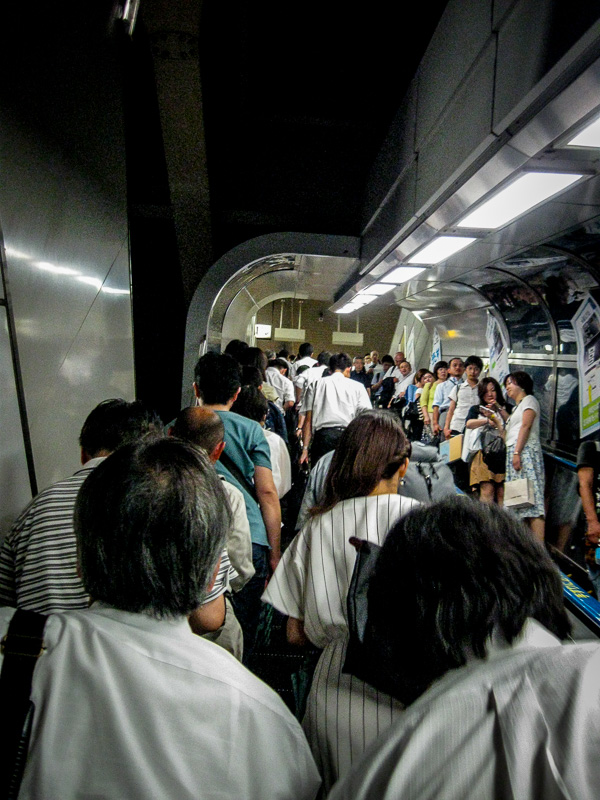 This was one of the best ever travel days. We were tired, but content!

*For JBRish readers who would like to see a picture of Lake Ashi and Mt. Fuji during a different season, the picture below from Japan-guide.com might be of interest. 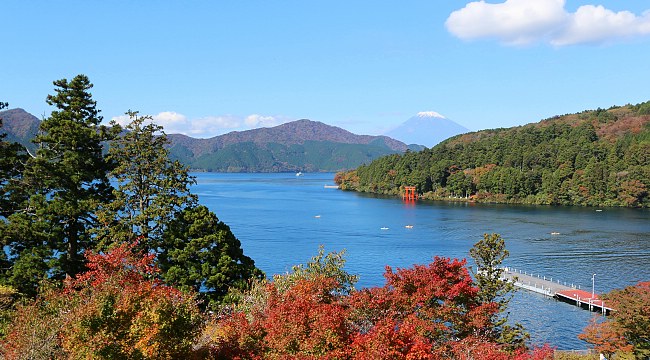