This may not sound like a very romantic Valentine’s Day, but for my wife and me, it was exactly the type of day we like. We took a hike in the Agua Fria National Monument in Arizona near Cordes Lakes just 40 miles or so North of Phoenix. 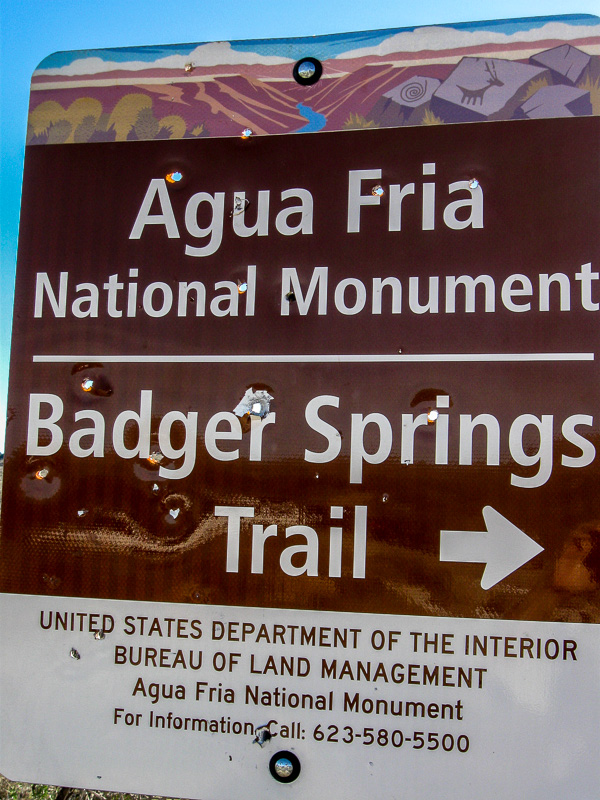 The area is a diverse riparian habitat which has been described as a “perennial river” meaning that there is water flowing in the area nearly all year long even though it is a semi-desert grassland.

This is what the trail looks like at the start. It hadn’t rained in a number of days so the river bed was dry and rocky. 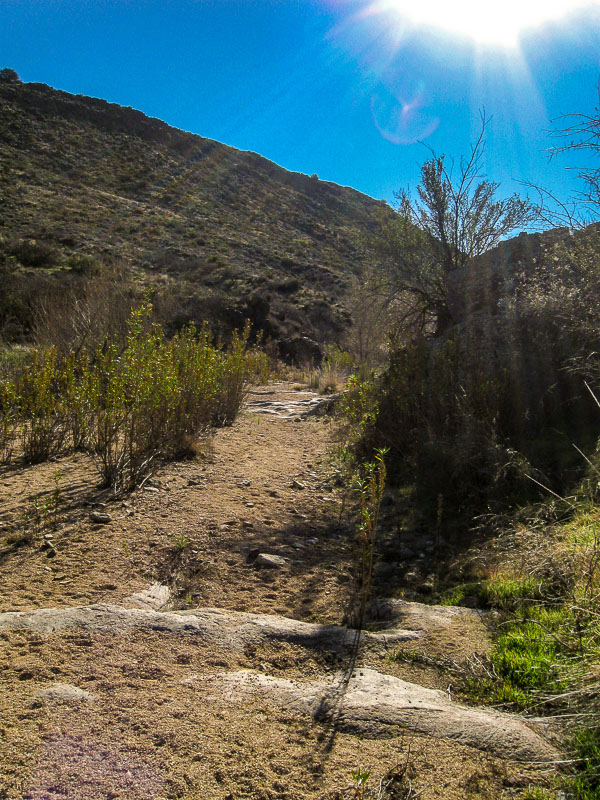 As you can see many other people have been on this trail which follows the river bed and can be quite wet at times so be prepared. There are higher trails alongside most of the riverbed that can offer some drier terrain along parts of the hike if needed. 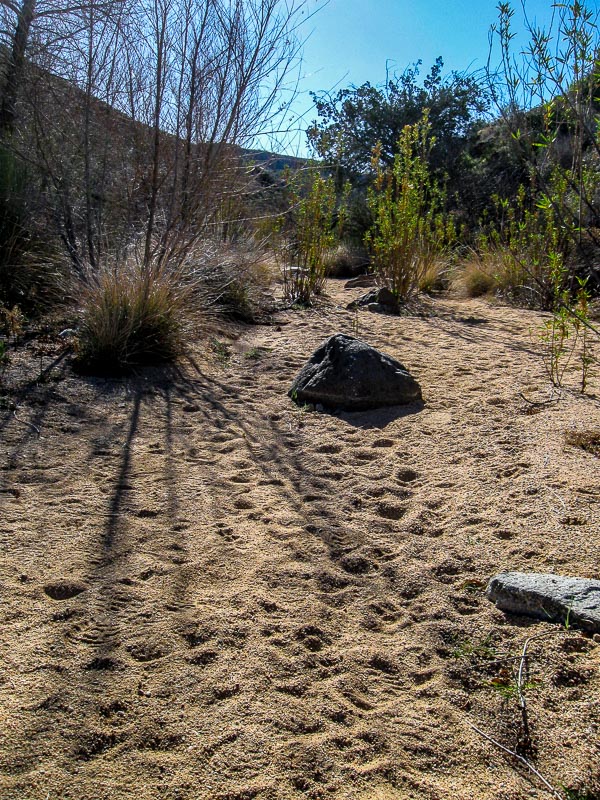 This was a perfect day for hiking. The weather was cool and the sky was clear and beautiful. 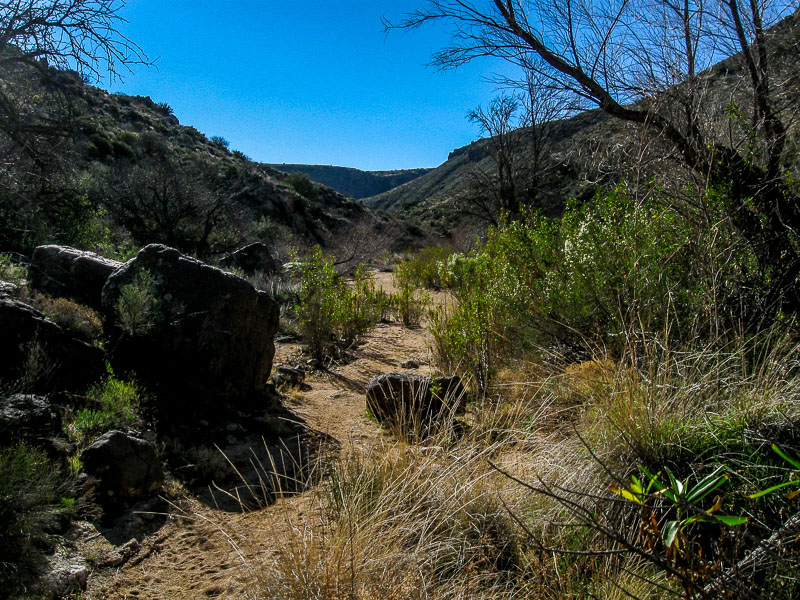 This is a noted birding environment and while we saw some cardinals and a phainopepla, this curve-billed thrasher was the only picture I was able to take of the avian denizens on this day. While this isn’t the most flattering side of the bird, it does show how it got its name. 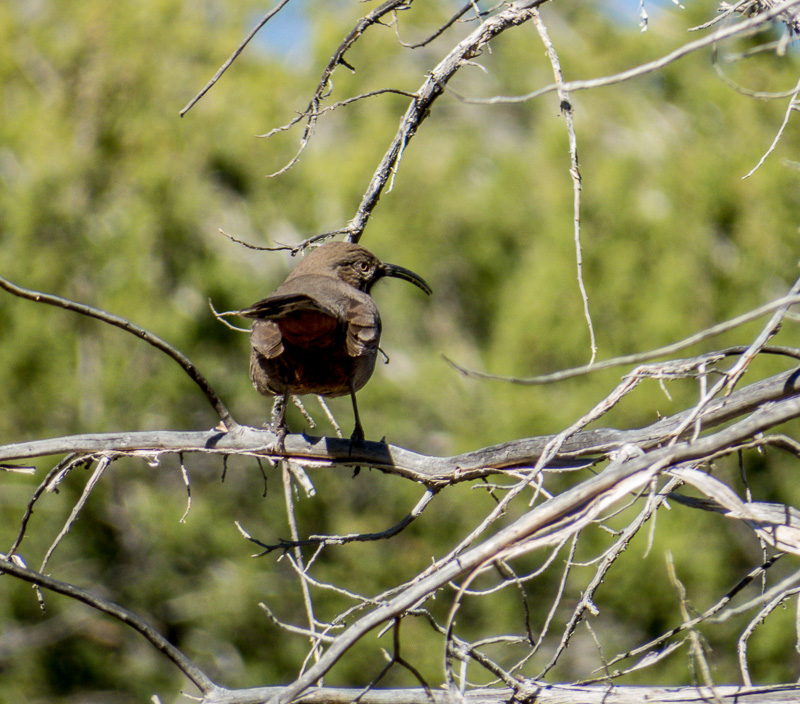 Along this stretch the stream was more pronounced. 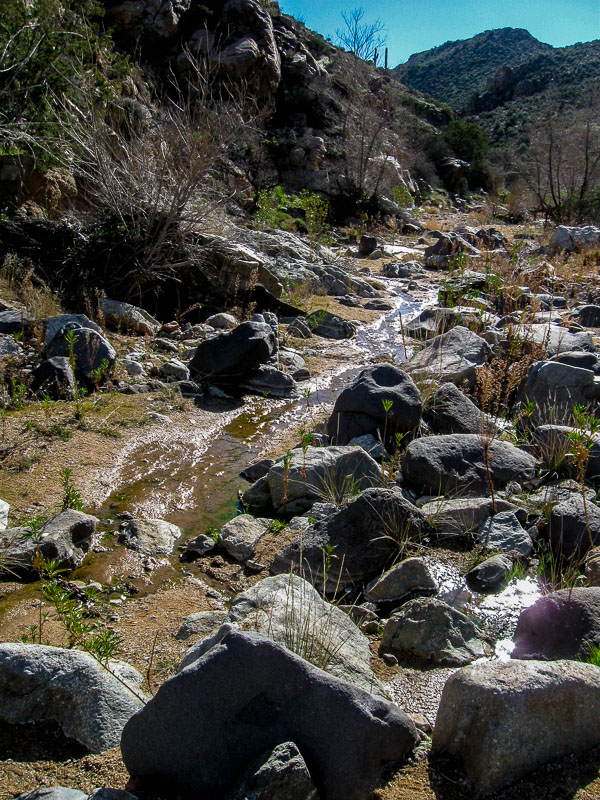 After hiking a bit in an easterly direction, the stream bed opens up to a river area which is more north and south in orientation. The boulders and hills form a picturesque setting even when the foliage of the landscape is not full. 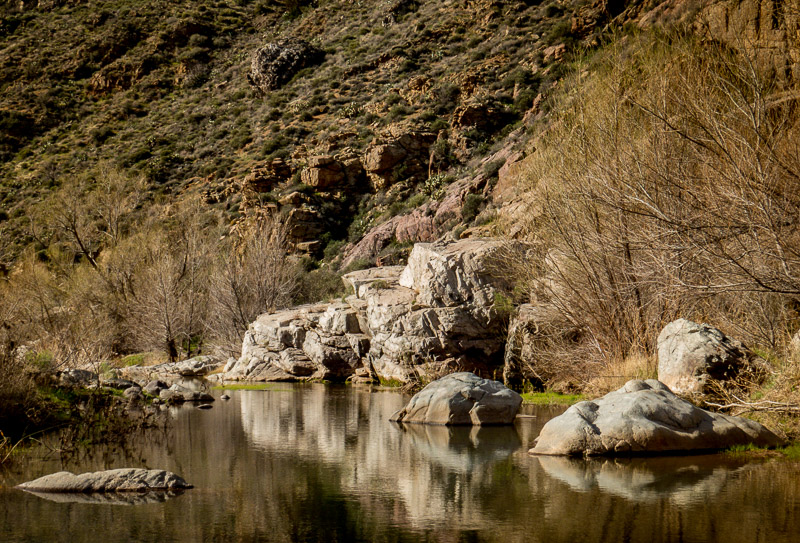 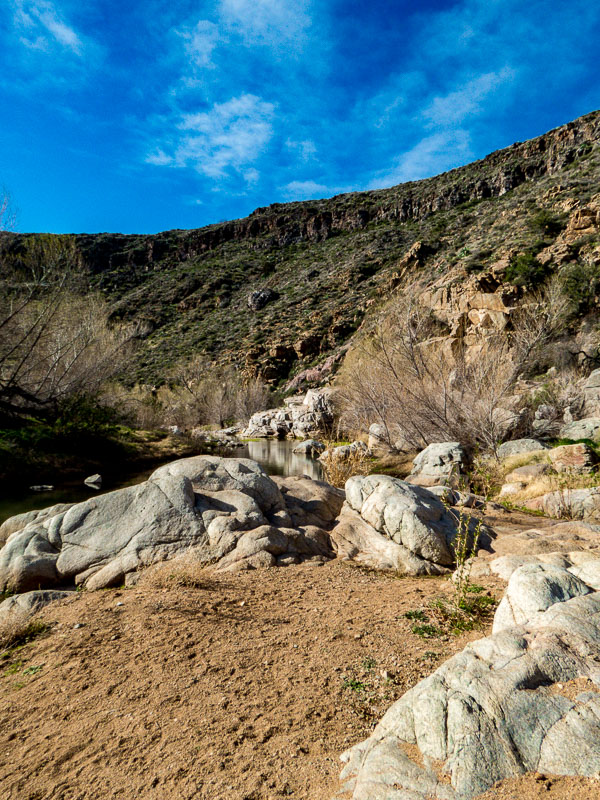 The nearby cliffs create a canyon wall on one side. 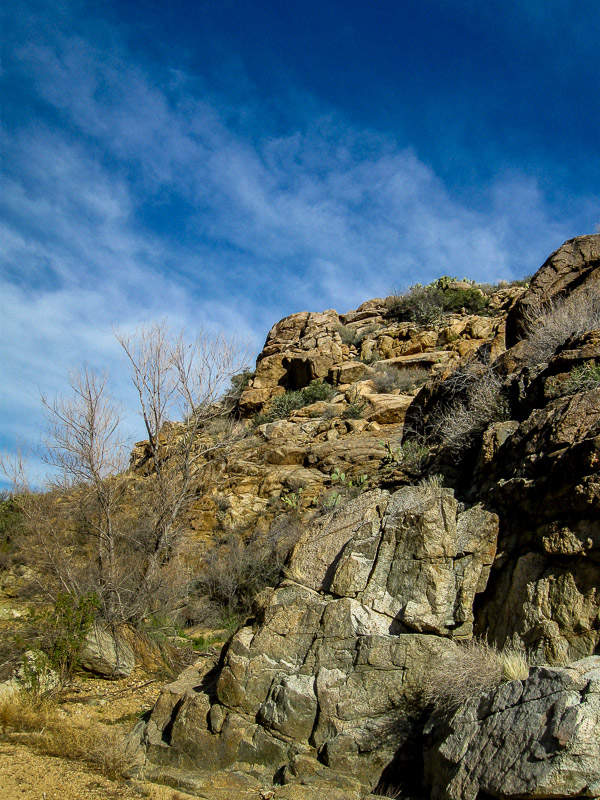 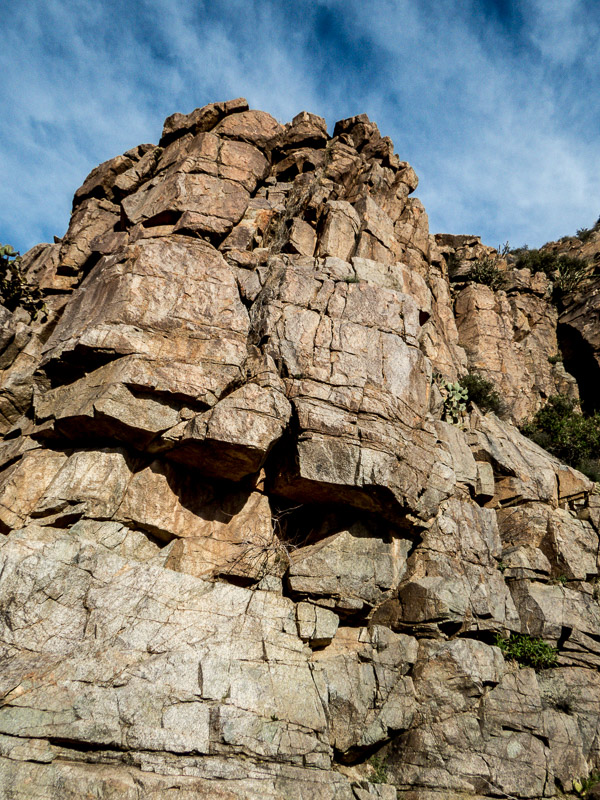 On the cliff pictured above, we found this artifact which was probably used to support a cable or pipe of some sort. 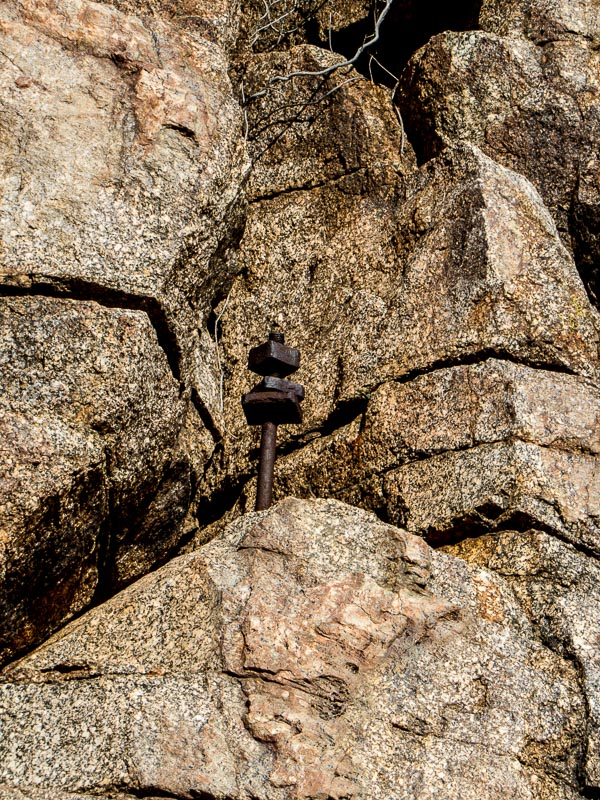 After continuing past this point we had to scramble across the boulder fields to continue to seek the path which would appear from amid the rocks at intervals. 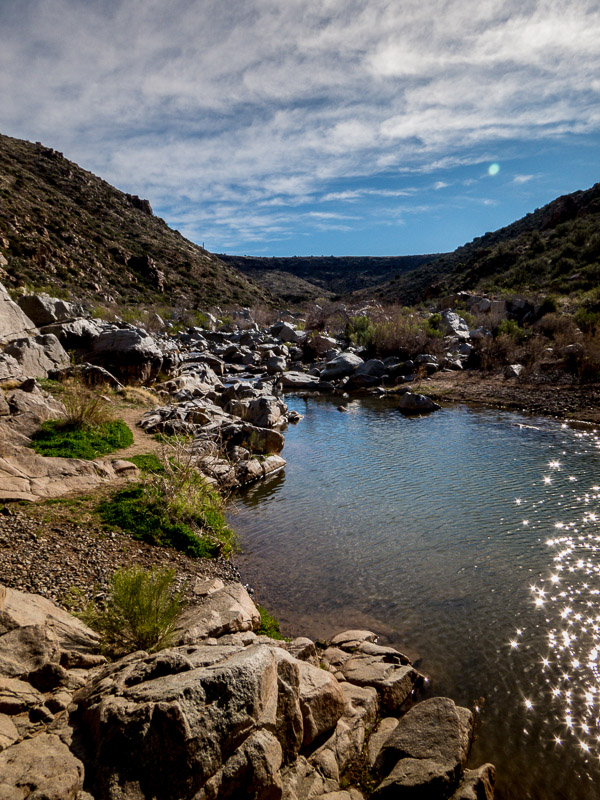 One challenge was finding a way to cross the river. People would seek their own “stepping stone” path hoping to make it to the other side. 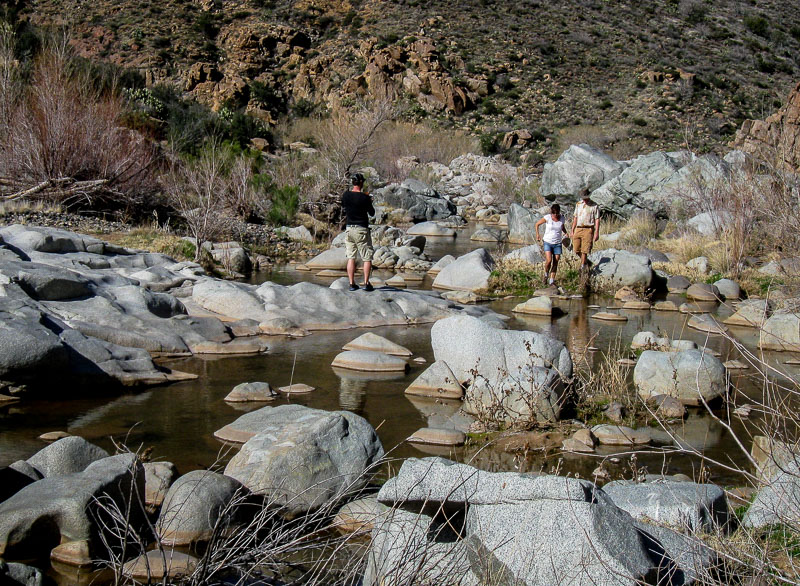 While crossing the rocky terrain there would be fast running areas where the rocks would create eddys or small waterfalls. 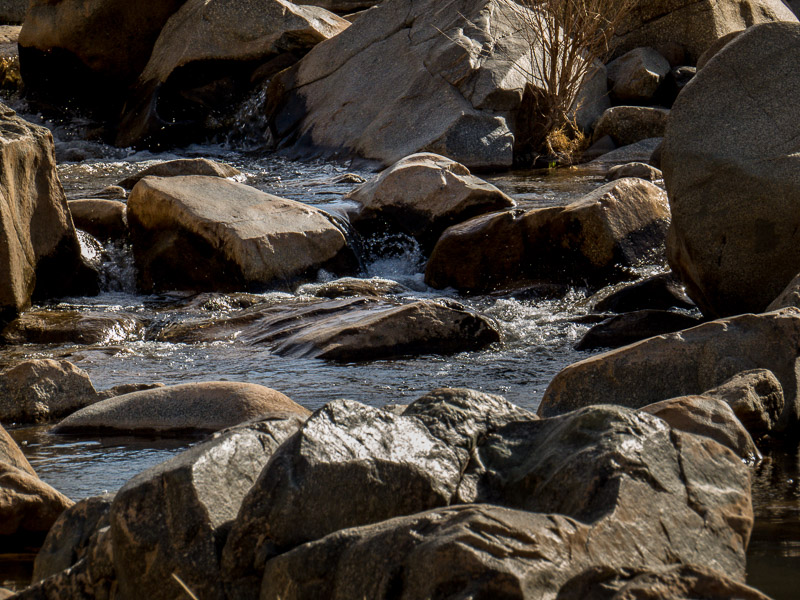 Some of the literature notes that on warm summer days, pools will form where people can take a dip in the shallow water held by the circles of rocks. 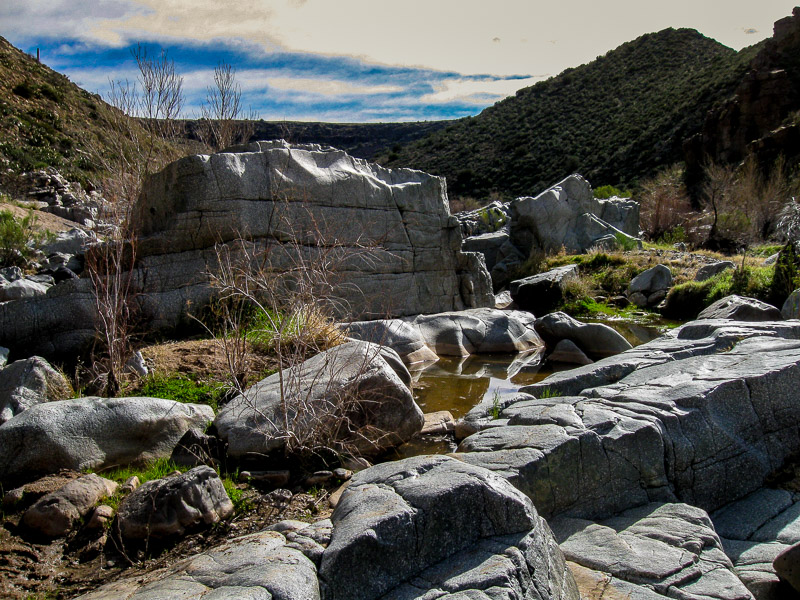 There was a group of hikers making their way into the canyon on this pleasant hiking day. 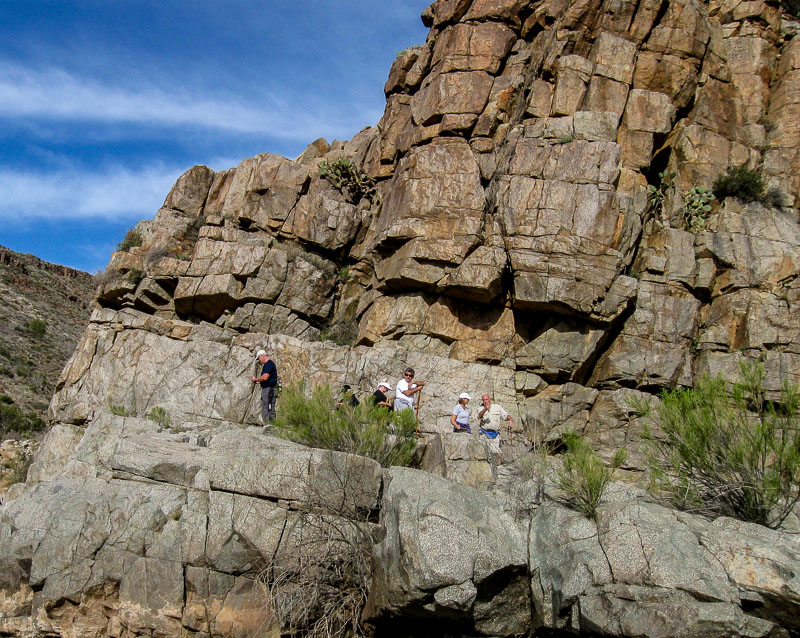 Other visitors took time to sit and enjoy the tranquil setting. 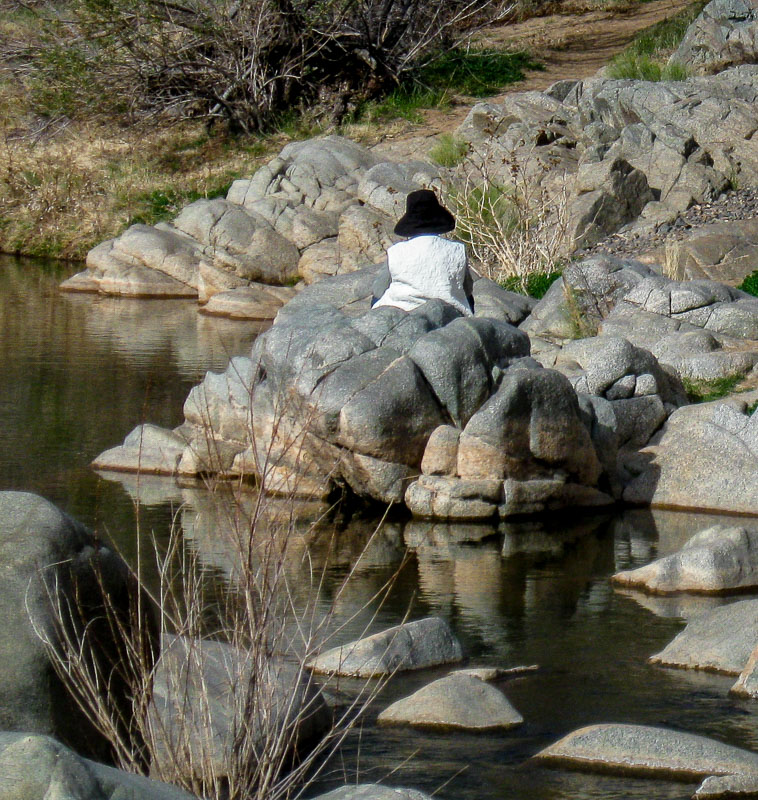 Generally speaking, saguaro cactus do not grow in this area primarily because of the elevation, but this somewhat protected environment was well-enough suited for some to grow on the south-facing hillside. 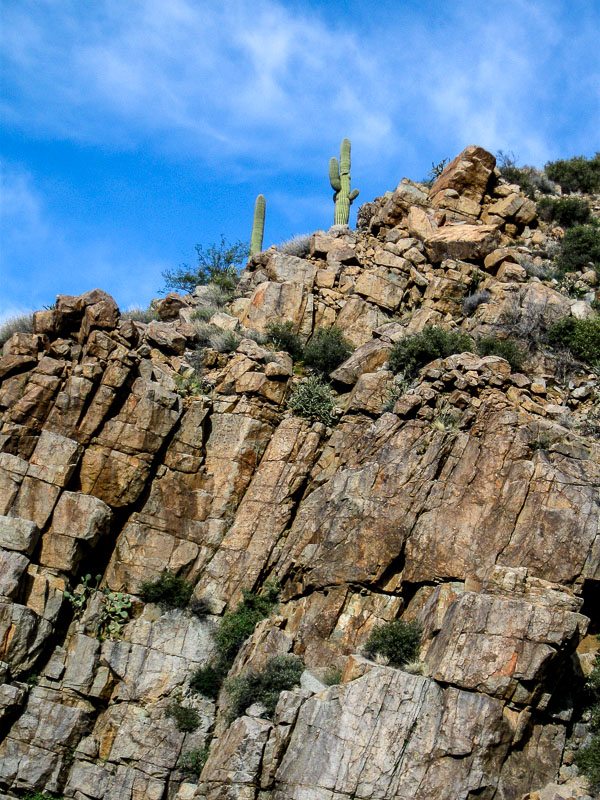 A number of rocks had curious patterns which I am sure geologists would be able to explain and perhaps find even more interesting than I did. 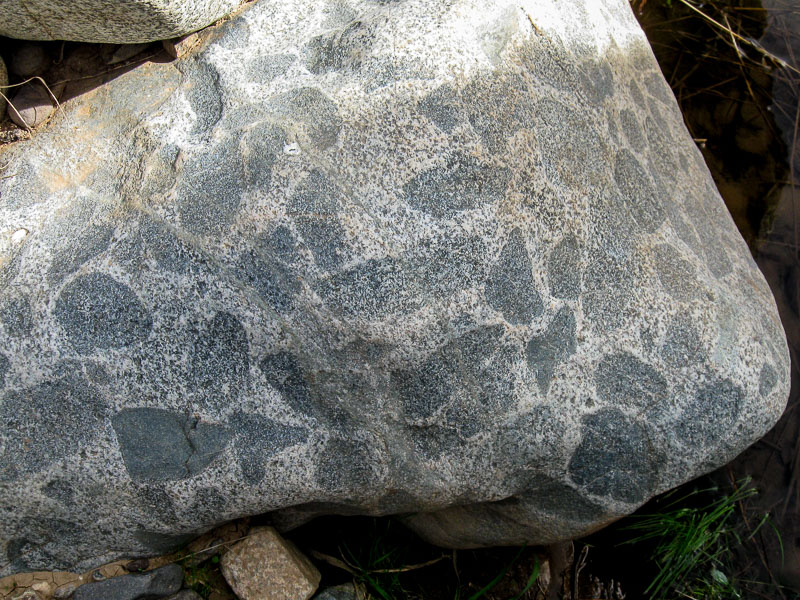 Butteflies were making their first forays into the field and here we see a slightly tattered Mourning Cloak (Nymphalis antiopa) upside down most likely looking for a place to lay some eggs. 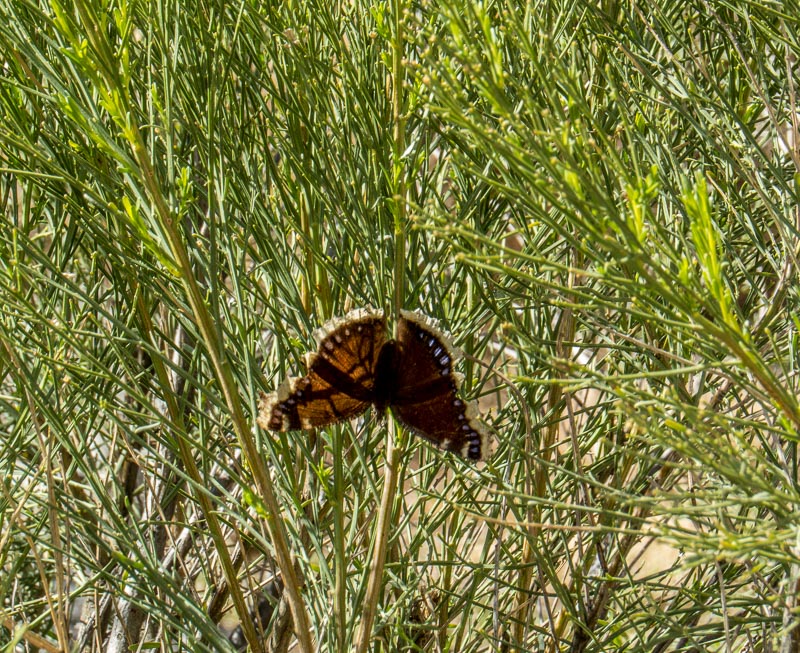 Here is another picture with the wings slightly closed, but in a more appropriate and customary orientation. 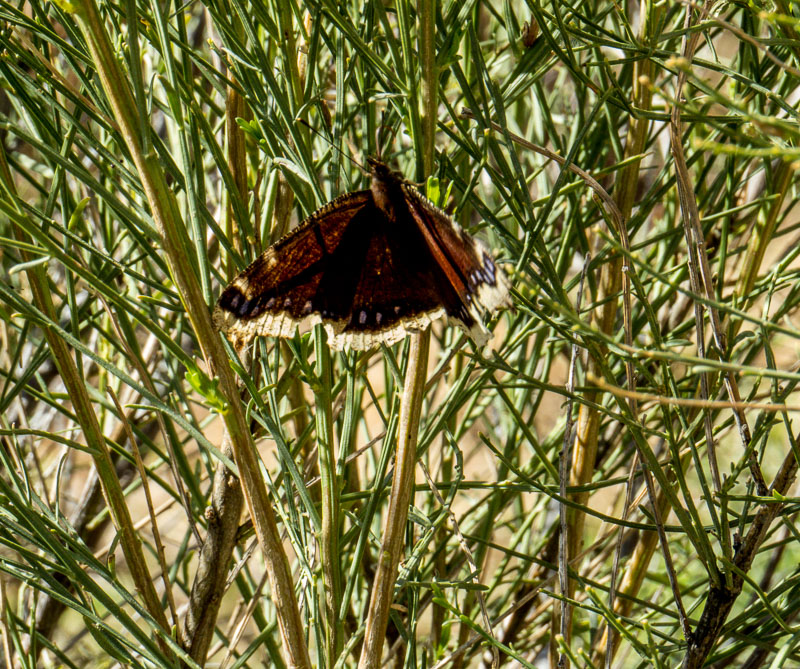 The unusually warm days were probably responsible for this Ashen Milkvetch (Astragalus Tephrodes) to put forth its floral display. I like the detailed leaf formation of this particular plant. 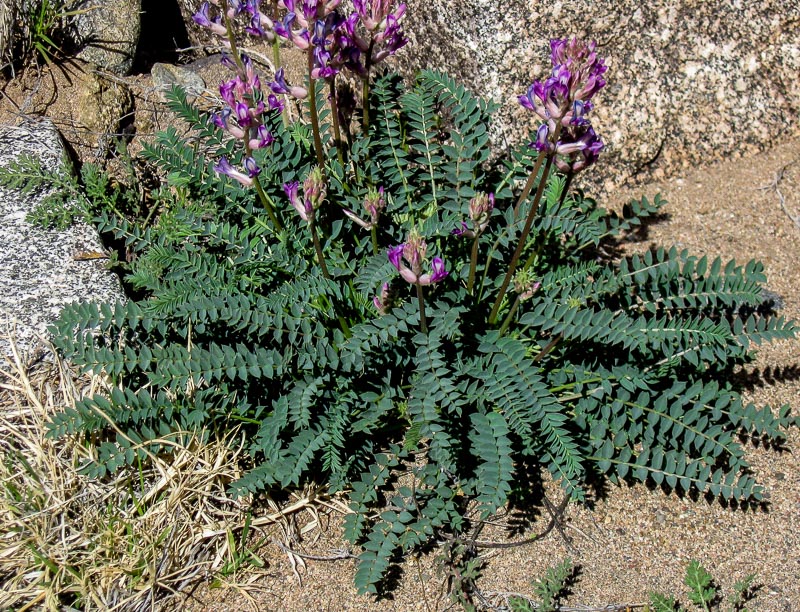 It was time to head home after a super hike!

Click HERE for more information about the Agua Fria