“Experience is a good teacher, but she sends in terrific bills.”   —   Minna Antrim

My adventure with the Fuji X T-2 started almost a year ago. I use the word adventure deliberately because that has been my experience. I have read two books about how to set up and use the X T-2, but like much technology, all the books in the world often cannot prevent the unpredictable from happening.

OK, by now you are probably wondering “What happened already!”

I recently returned from a trip to Portugal and Spain and of course I could not wait to download my photos to my computer once I got home. Imagine my surprise when all the JPEGs I shot with the X T-2 had a strong magenta cast to them. I was amazed since I had just used the camera prior to the trip without any problems. I couldn’t figure out what went wrong.

Here is what the JPEGS looked like once imported into Lightroom: 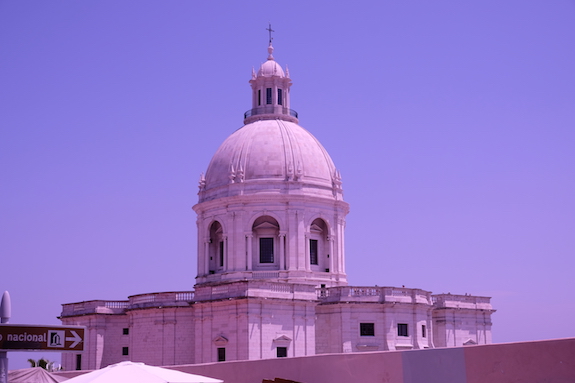 I don’t do much international travel. Usually I am headed for landscapes in and around national parks or similar venues in the United States. When I do that, I often take a computer with me and each evening I download and review the files to double check that all is working as anticipated. I can then see if there is dirt on the lens or sensors and whether the settings are basically correct.

Since I would be with a group on this trip and I was concerned about securing a computer when it was not with me and traveling light, I decided to leave the computer at home.

There was another aspect that should have been a clue to me, but I didn’t pay enough attention to it. I was “lulled” into a sense of security.

Let me explain: When looking through the viewfinder (EVF), there was a color cast to the live view image. I ignored it under the assumption that I had inadvertently adjusted the live view setting and that the pictures would not be affected. In the X T-2 references, I read about adjusting the EVF Color so I thought (my bad again!) that I had adjusted the EVF color inadvertently. This was a clue that I should have investigated further.

What “lulled” me into this mindset was the knowledge that the white balance was set to AUTO so how bad could it be? When I would quickly look at the LCD, it wasn’t that obvious to me that there was a color shift.

So imagine my surprise or disbelief when I arrived home and downloaded the pictures and saw that every JPEG had this rather overwhelming magenta color. I was truly puzzled. Trying to correct the JPEGs in Lightroom was very difficult, but what saved me in this instance was shooting RAW plus JPEG. The RAW files, although the finder images showed the same cast, were rendered perfectly once developed in LR.

I tried searching on the Internet and through two books and the owner’s manual to see what the problem might have been. I was like a sailor lost at sea. I really didn’t know what I didn’t know. Thank goodness Fuji has an excellent support team. I called them and within five minutes I had the answer to my problem and learned how to avoid it in the future.

APPARENTLY one of my settings was accidentally changed so that the white balance, although set to AUTO, was manually altered to change the hue of the light when a photo was captured. Like much advanced technology, the X T-2 provides a multitude of choices and with choices comes the possibility of more user errors or “accidental” system changes.

This is what I learned after my call to the support center: 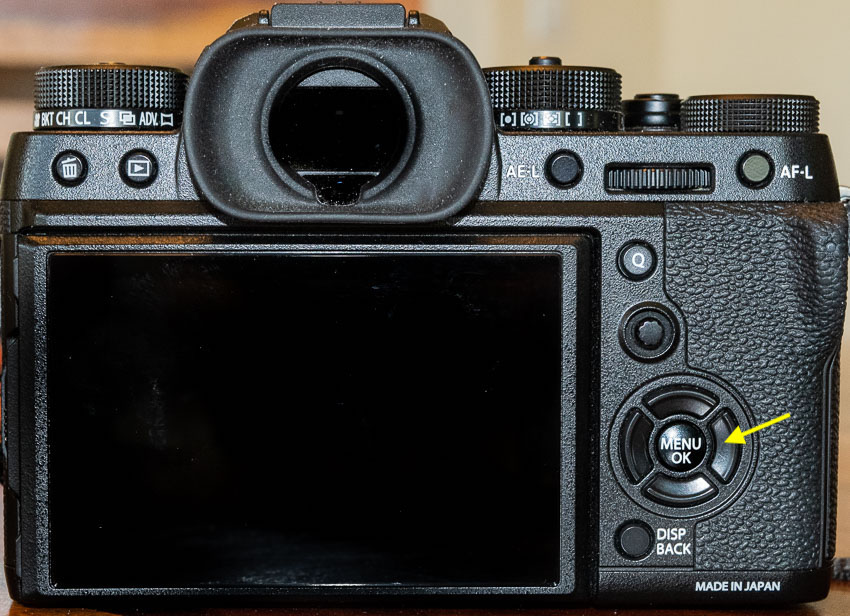 The right selector button (see arrow above) surrounding the rear menu botton is set to change white balance hue by default. There is no lock on this button so when removing the camera from the camera bag, pressing that function button launches an option to change the white balance default color. If not noticed the user can be into the indavertent change for two or three unintended presses before taking the next shot. If it happens when the camera is being placed into the bag and being turned off, it may go unnoticed.

Here is my Tenba bag with my cameras in it. 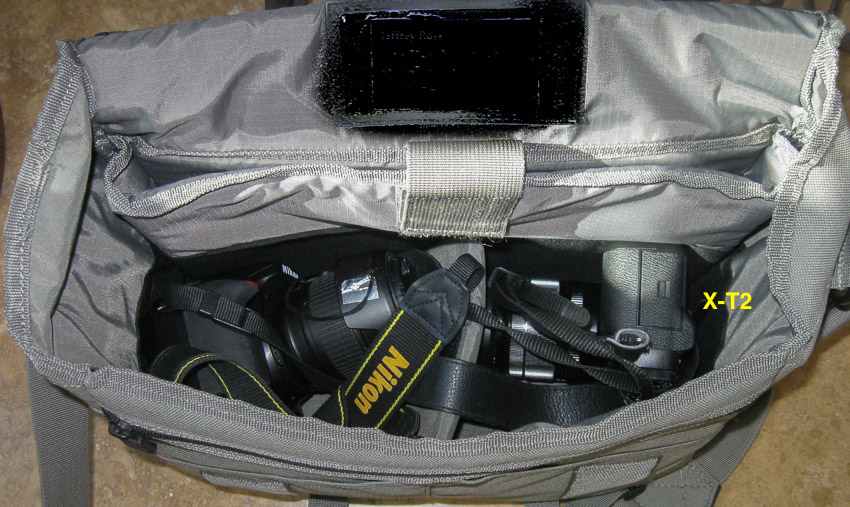 A closer look shows the arrow pointing to the area of the X T-2 where the selector button in question would be directly on the top side (see arrow below).

You can imagine how it was possible or perhaps probable that the selector button would be pressed when grabbing the camera to take it out of the bag for shooting which I did several times a day.

The technician at Fuji recommended that I change that partuclar function button to provide playback (a safe choice) which would remove that potential problem from my shooting workflow. Of course I also rebalanced the hue to the neutral position while I was making that change.

This was my fault for not knowing what options these buttons controlled and what pressing them can do. You can bet that I will be checking them all before my next shoot! Would it be better perhaps for these buttons to be undefined by default and allow the users to program them as they see fit once the camera arrives at their door?

I was shooting RAW plus JPEG which saved the pictures for me this time. I lost the ability to rely on the JPEGs for color reference, etc., but that was only a small price to pay (IMO) compared to what could have been.

I had a second camera with which I was much more familiar and I took “near duplicates” of the important shots so I had many more pictures to cover myself if the Fuji pics fell short. This goes back to my analog days of doing some professional gigs where I always had multiple cameras “just in case!”

Spent more time and care assessing the photos via the LCD to check for color balance, sharpness, etc.

Understood the purpose of the function buttons before going out into the field. Interesting that I have been using it for several months and haven’t had this problem before.

Checked both cards in playback mode from time-to-time before getting home just to check on things.

Given more importance to taking my laptop with me. Perhaps this would have been the wiser thing, but I am still not certain about this one.

Overall, this was not a disaster and I did capture some nice shots. To paraphrase and borrow from an Oprah Winfrey quote:

“I am a photographer in process. I’m just trying like everybody else. I try to take every conflict, every experience, and learn from it. Life and photography is never dull.”