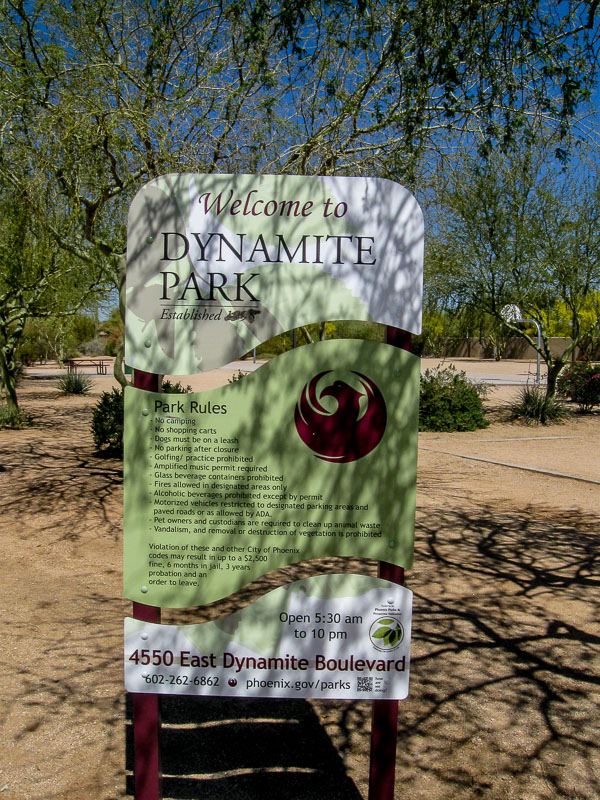 
As the sign says, welcome to Dynamite Park. As pickleball Ambassador in North Phoenix, I recently sent an email to the Phoenix-area pickleball players explaining that after March 25, 2016, pickleball will be allowed to be played on the two tennis courts at Dynamite Park.

For those who might want more information and location, you can read about the initial startup phase here:

There are two water fountains nearby. This fountain is only a short distance from the parking lot. 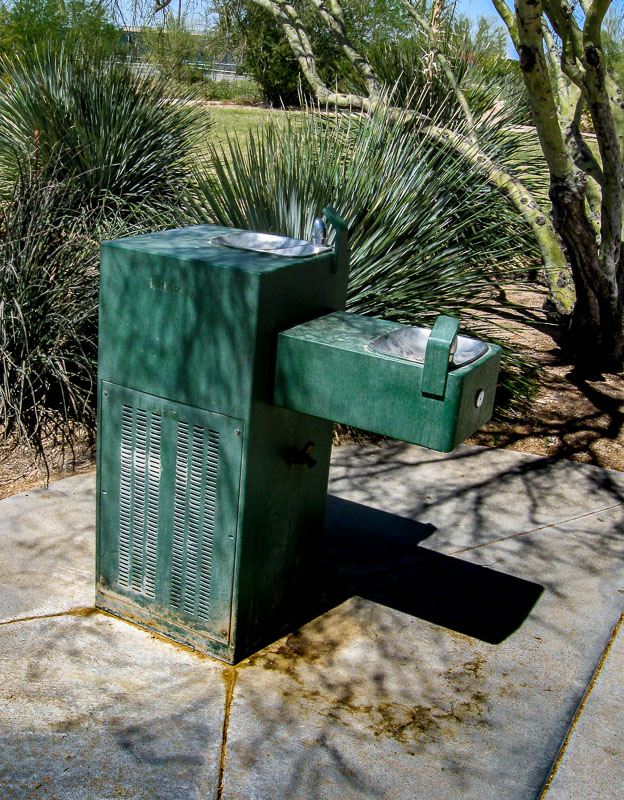 The tennis courts (and soon-to-be pickleball courts) are a short walk down the main path, directly west of the playground area. In the picture below, you can see them behind the shaded benches. 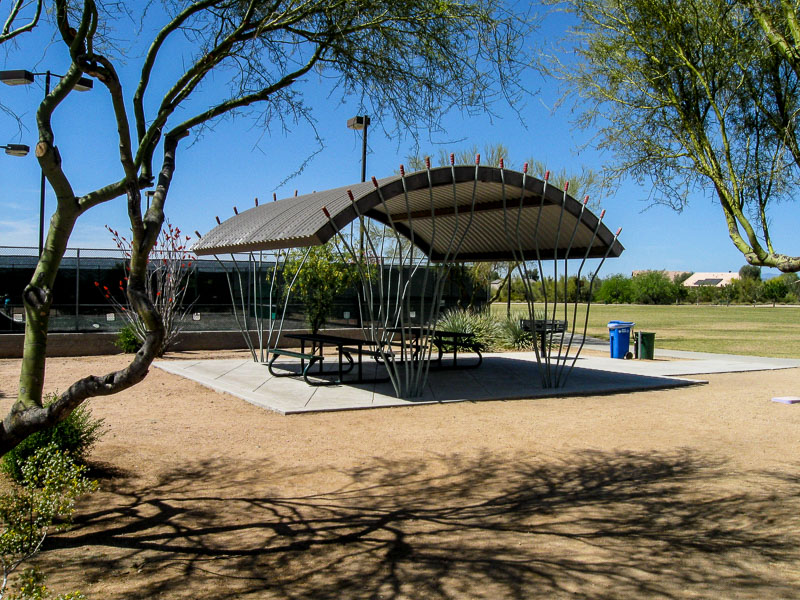 Here is a close up of the two benches under the shade structure. 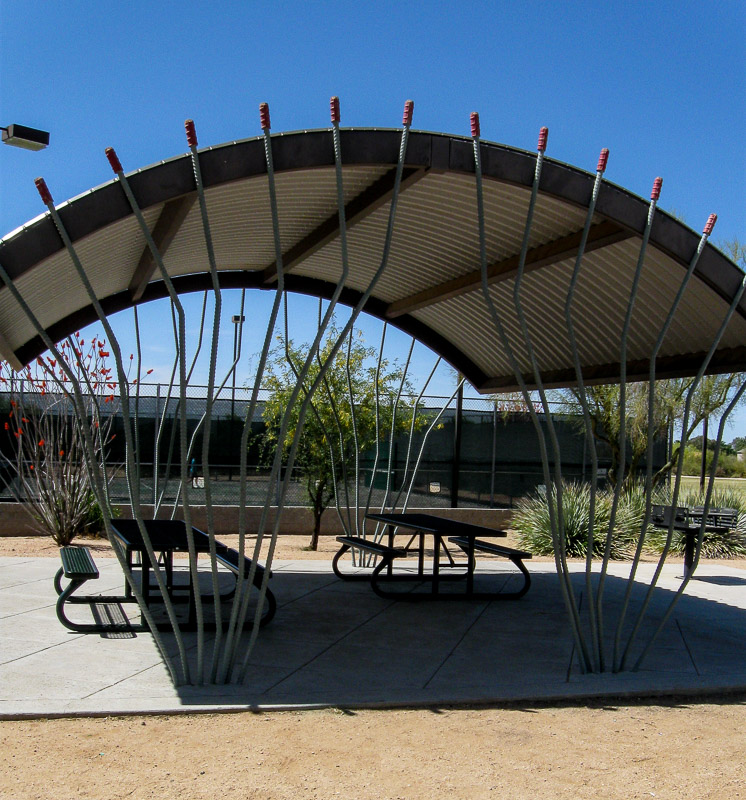 Just outside the tennis court gate, on the north side, is a large Ocotillo with a nice display of flowers on the day the picture was taken. 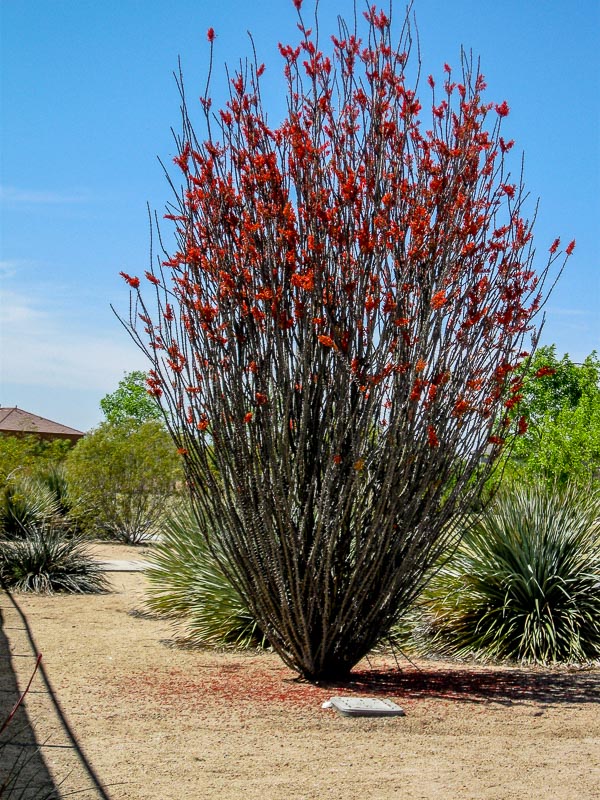 As you can see the park has a number of exercise areas. There is a large field to the north of the tennis courts with a walking/running path. People and people with dogs can be seen throughout the day. 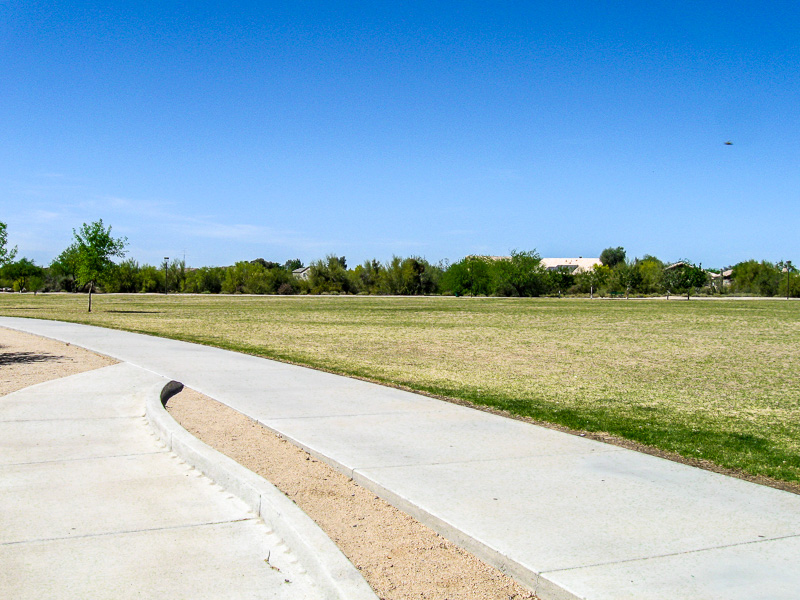 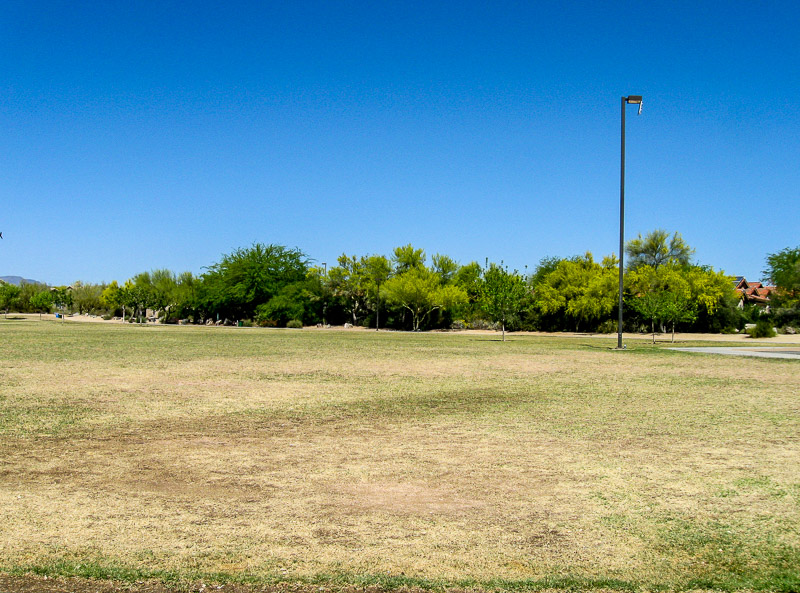 A nice children’s play area (just northeast of the tennis courts) has appropriate shade and the second water fountain nearby. 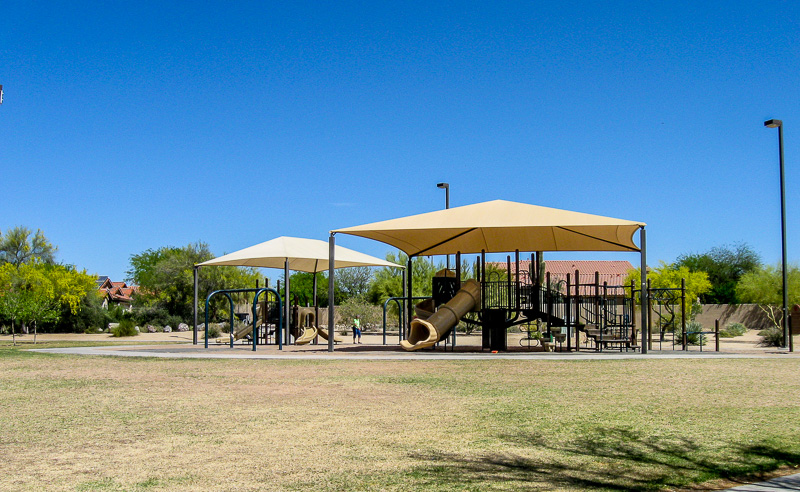 Here are the tennis courts as I found them before we began the task of placing chalk lines for pickleball. We decided to use the east tennis court to outline the two pickleball courts; one on either side of the net so the net will serve as a backstop for each court. 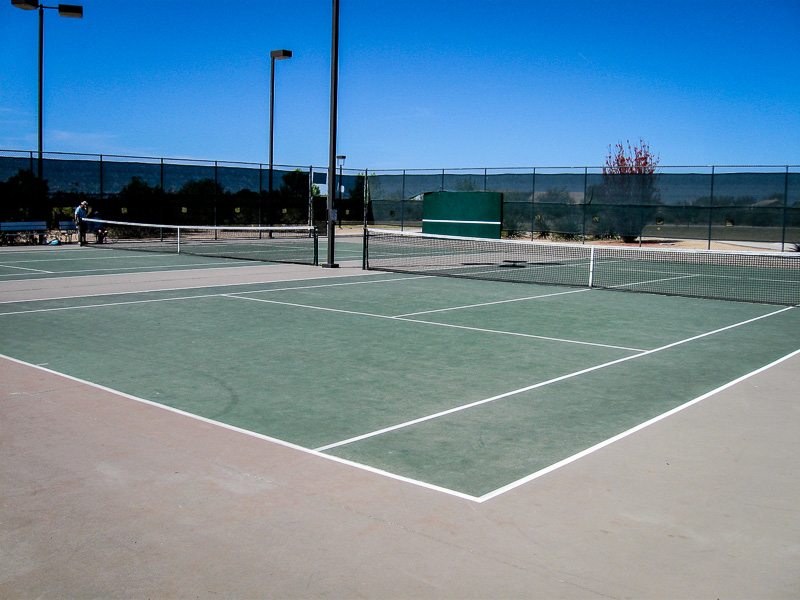 Somewhat surprisingly, I didn’t receive too friendly a reception from the two people who were having a tennis session on the other court. I heard some rumblings and bluster, but generally speaking, tennis players have been open to expanding pickleball opportunities in the Valley.

I was glad to learn that the courts have a practice wall with a tennis net line. Pickleballers will need to aim for the bottom of the line or bring some easy-to-remove painters tape to mark a practice line. Remember to remove the tape when leaving. 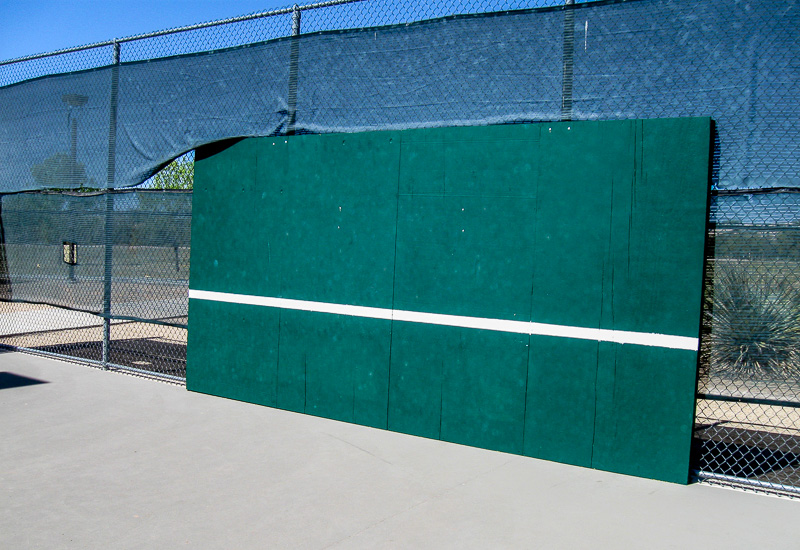 My colleague and Phoenix Pickleball Ambassador, Mary Travis, arrived and taught me how to mark the courts using several tape measures, blue chalk, a chalk line and a straight edge. Thank you Mary! It was very time-consuming and hopefully it won’t rain for a long time so the lines will remain. Even after some of our rains, we are hopeful that the faint lines will be visible to guide the next outlining when necessary. 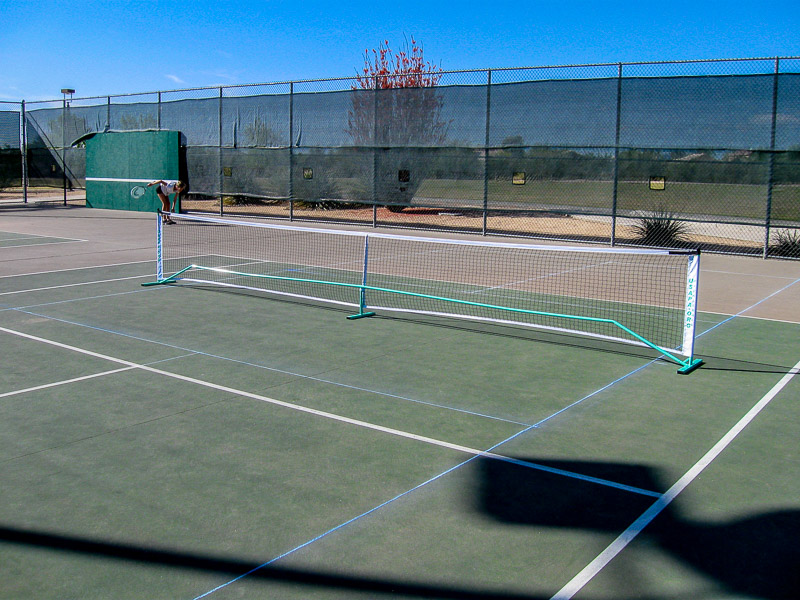 Can you see those skinny, faint blue lines on the tennis court? That means PICKLEBALL!

Here is a picture of me after we spent more than two hours putting lines down so we can have access to two pickleball courts once we set up the nets. (The nets were set up just for the photo opportunity.) 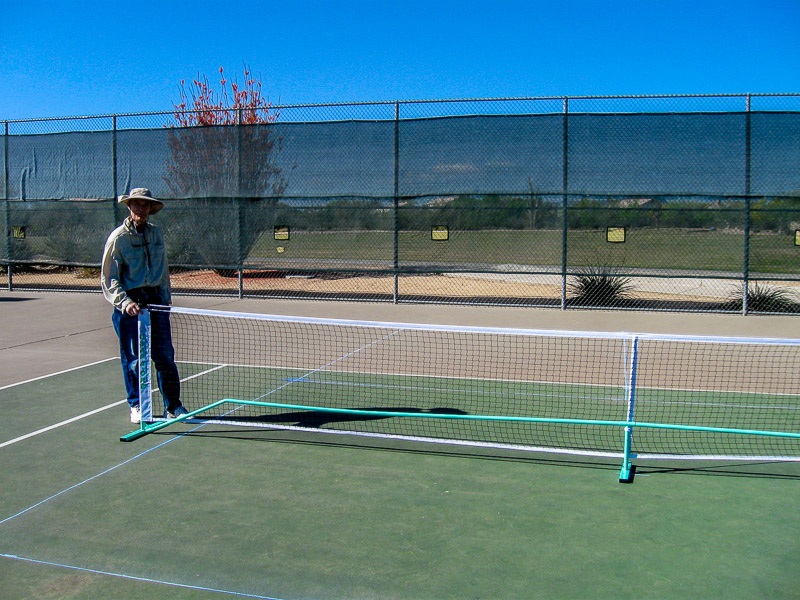 I am hoping to see some of my fellow Phoenix pickleball players at the park during structured playing times. You can read about our initial one-month trial schedule here:

NOTE: I want to thank the USAPA for their generous grant which went a long way to help us purchase the two pickleball nets. For those who may not know, the USAPA has established the Pickleball Ambassador program and fosters outreach activities like those going on in the Phoenix-area now. Please consider joining the USAPA and supporting them so they can help us to grow the sport we enjoy so much.

I also want to extend a sincere thank you to Pickle-Ball, Inc. for their kind donation of pickleball paddles and a supply of pickleballs which will help us get the program started. I think it is important to support those companies that support us.

I hope to see you on the courts!