A couple of things up front…

Now that the preliminaries are out of the way, I want to make an important point. Once I decided to try my hand at becoming a more serious student of photography, all of my readings convinced me that I should be shooting in the RAW format. There seemed to be way more advantages than disadvantages.

Since my only camera was the A590 with only 8 Megapixels to offer, I was stuck in the JPEG (JPG) zone. I wanted to experiment with the RAW format and a slightly more advanced camera and thus I purchased the 12.1 Canon SX50 HS which has served me well for the last ten months.

Having decided to shoot more in the RAW format, I then needed the appropriate software to read, catalog and process those images. Along came the Adobe subscription plan for Lightroom (LR), Photoshop (PS) and other associated software for a subscription fee of approximately $10 USD per month. My path was clear. I began to learn LR and to work with RAW images.

But wait…what about all those JPGs I shot with my A590? Could any of those pictures be improved with LR? I know JPGs don’t have as much embedded data to call on, but surely I could make some improvements. Well, I am here to show you a few results. I will be the first to admit that the differences in post processing JPGs will not be as dramatic as with RAW images, there are some significant gains to be had.

Three years ago, I took my trusty little shooter (not the best term in this day and age) to the Ringling Brothers Barnum & Bailey Circus. Conditions were far less than ideal. The artificial lights were blaring every color when lit and often the arena was dark. Not only that, but elephants, co-stars of the show, are kind of a drab gray. I love elephants, but I have to call it as I see it.

In any event, I took my camera and did the best I could. Everyone who has followed photography knows the adage: “The best camera is the one you have with you.” and thus I was using my best camera that evening.

Below are several pictures I took that evening followed by the same picture processed in LR. Now remember what I said above. I am no expert at photography or post processing. I was, in my opinion, able to improve upon the original images using LR. You can decide for yourself. Just one note. The revised/improved images have been cropped so the picture may appear larger, but it is only because the crop has enlarged the remainder of the picture so that all photos are the same general size for posting on the website (+/-).

Are you following along?

This picture (below) is of the main entrance into the arena. Notice how dark the image is with lack of much detail in the corners.

Notice the colors in this revised pictures and how the details pop a bit more. 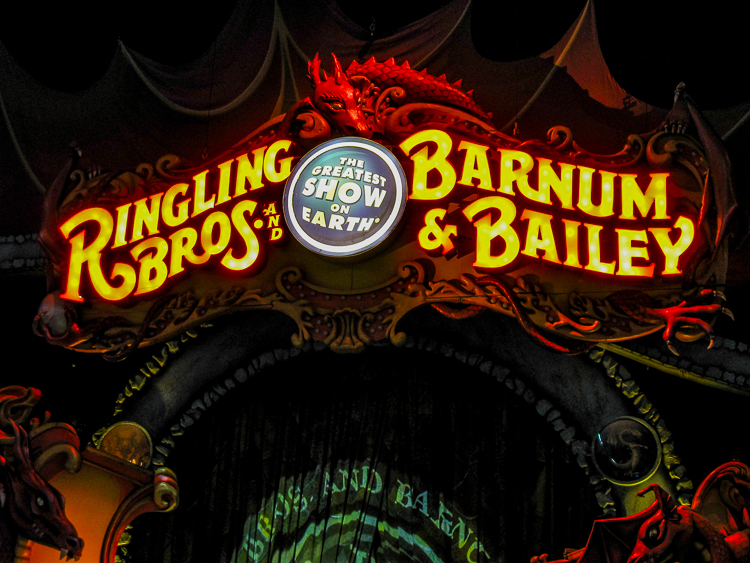 This performer riding the elephant wasn’t too bad a shot under these conditions, but that spotlight just to the right of the elephant’s foot is distracting as are those shiny lights above. There is no snap to the colors either. 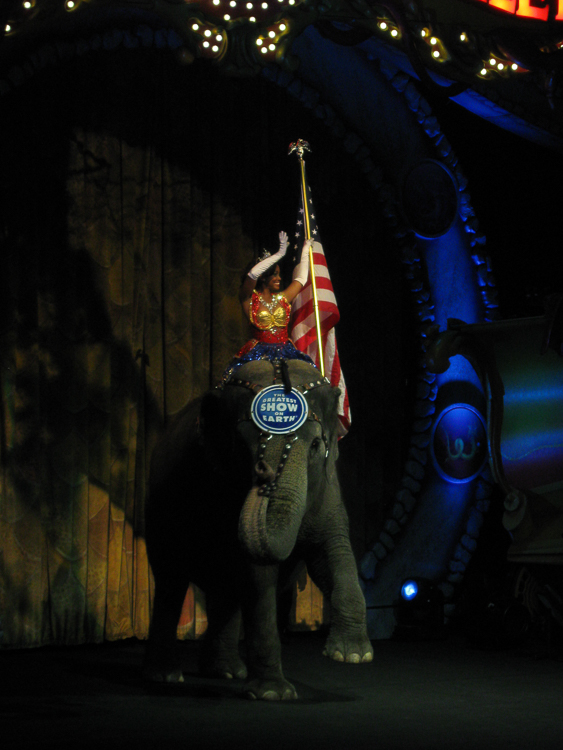 Notice how the contrast is improved. The distracting elements have been edited and the picture is much more pleasing. Now remember, nobody is claiming these are wonderful pictures. These are from my “historical record” and I am just trying to improve them using LR even with the introduction of a bit more “noise” in the scene. 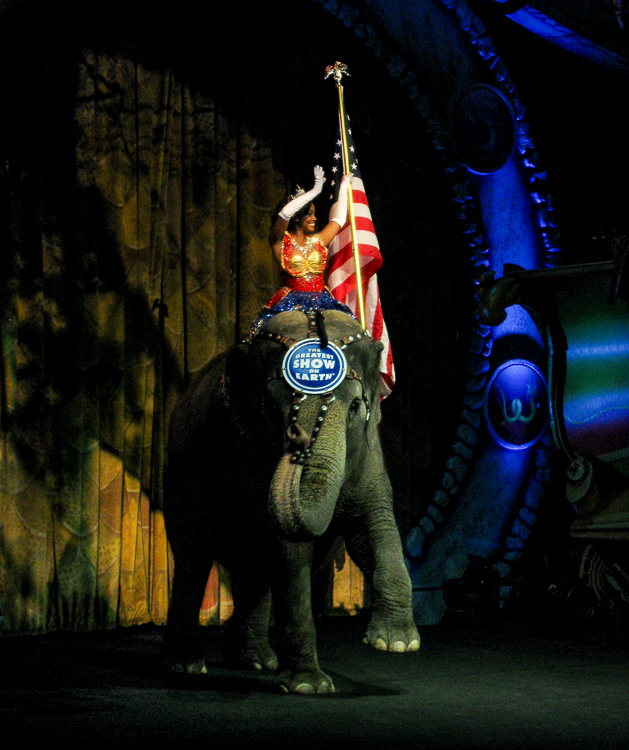 One of the problems I had in the darkened arena was shutter lag. So I often mis-timed the pictures. This picture was not framed correctly; too many distractions such as the trainer on the left and the objects in the bottom right. The overall color is dingy. 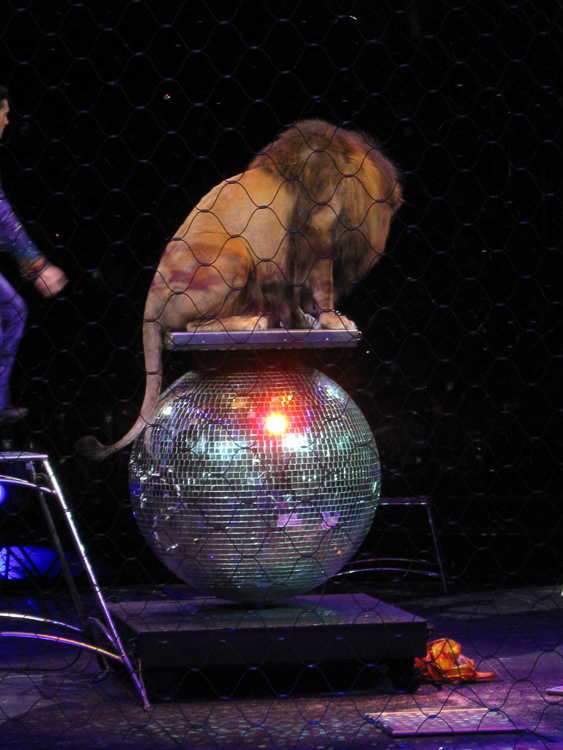 This is much improved with the crops, more appropriate color balance, etc. 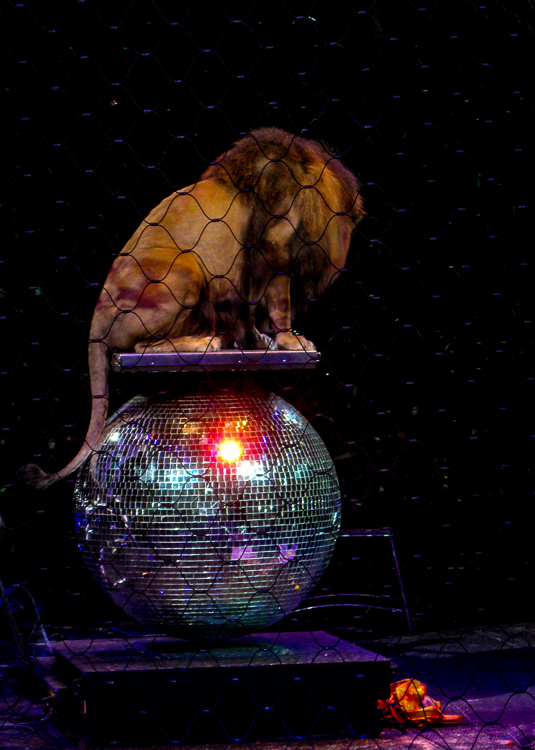 Okay so you get the idea by now. No more narration just two more sets of before and after pictures. If anyone has any questions, post a comment and I will do my best to answer. 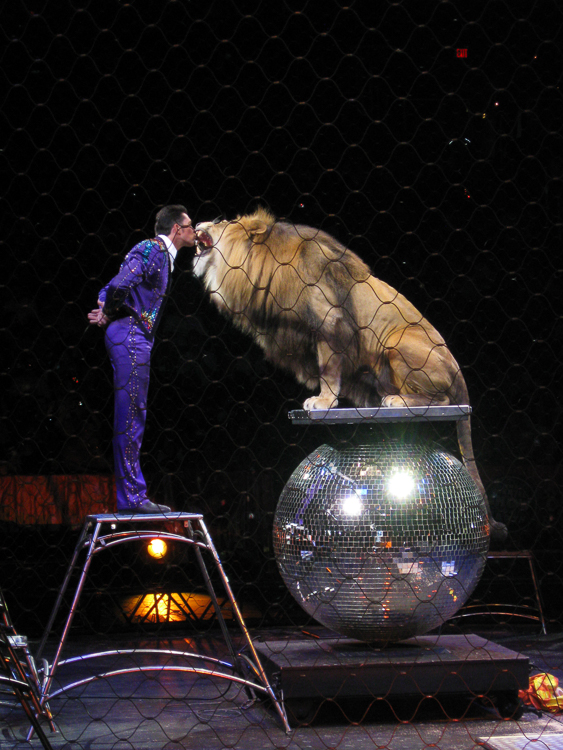 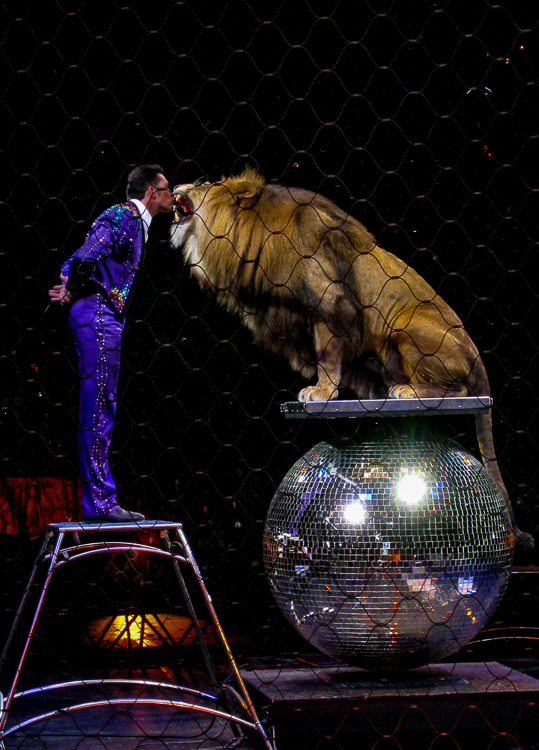 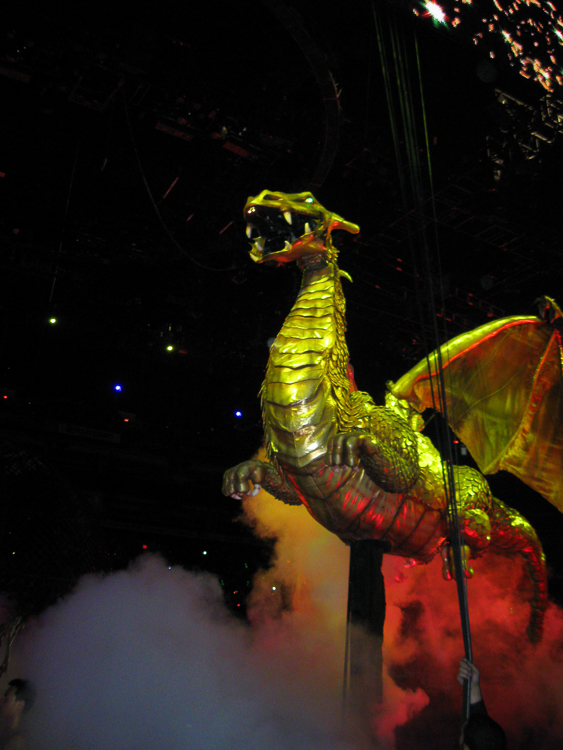 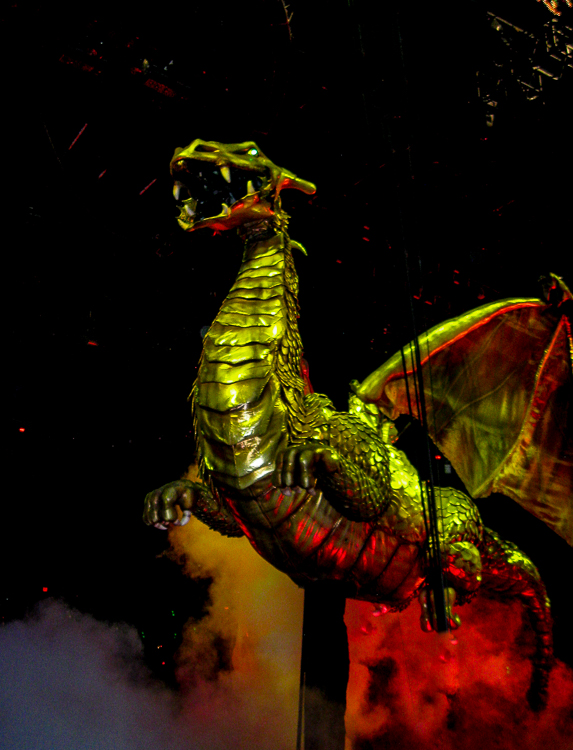