The Carefree Desert Gardensis hosting a pumpkin fest this year and there is a schedule of events for family fun. Some of the days provide opportunities to watch sculptors at work creating their special brand of Jack-O-Lanterns. You can find more information by clicking here.

This is part three of a three part series about the Carefree Desert Gardens Pumpkin Festival. You can read the other posts here:

One of the more interesting venues at the Carefree Desert Gardens Pumpkin Festival is the ability to watch expert pumpkin sculptors at work. There is ample seating and shade for a good number of spectators so find your holiday inspiration here. 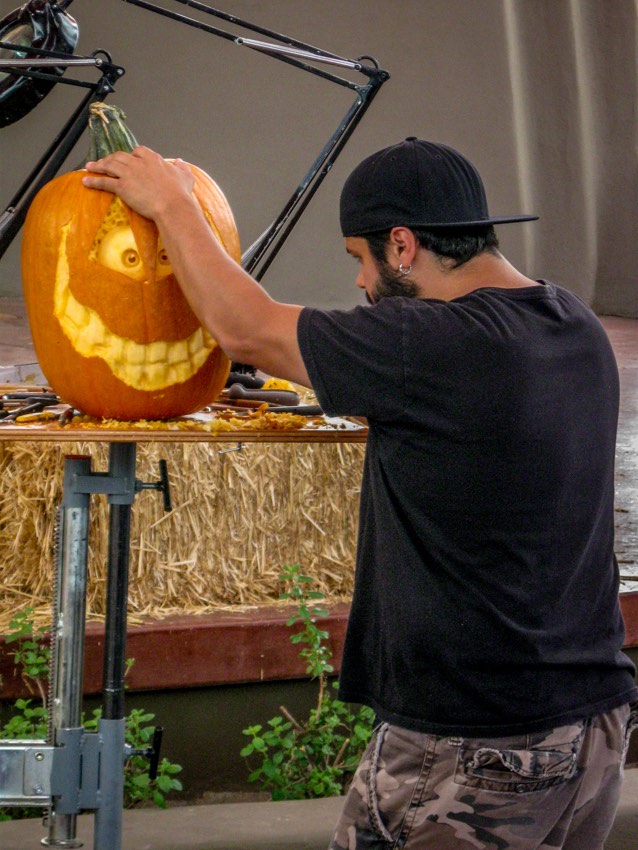 A few of the carved pumpkins were quite whimsical and interesting. The appendages, it is noted, are not made of natural materials because they would be difficult to maintain and fashion according to need. 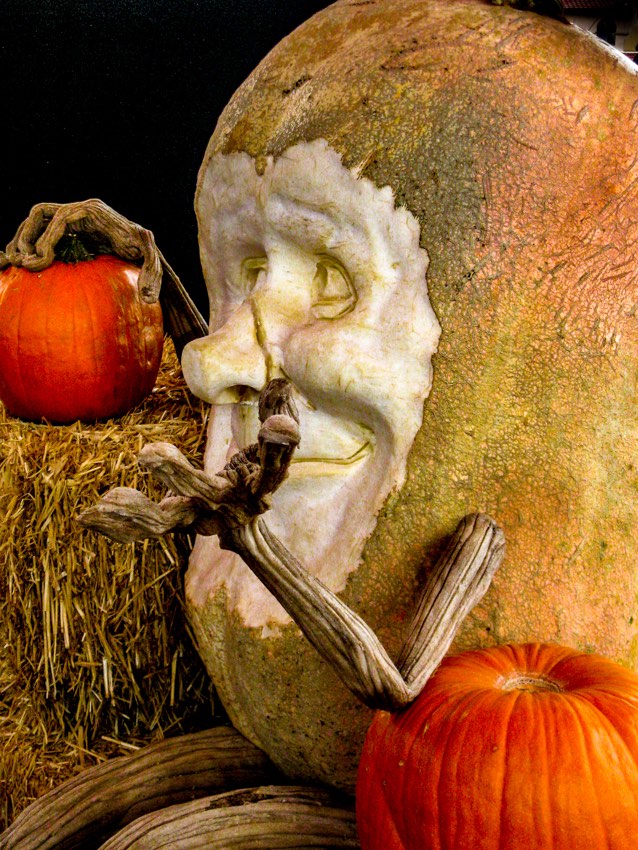 A very clever displays is the one with the pumpkins diving off of a high stone wall into a bucket of water. Ooops! Apparently one pumpkin missed. 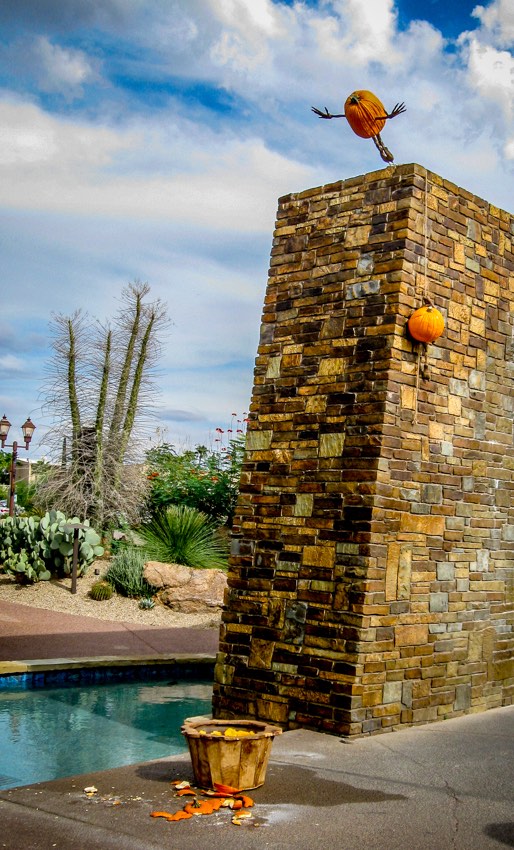 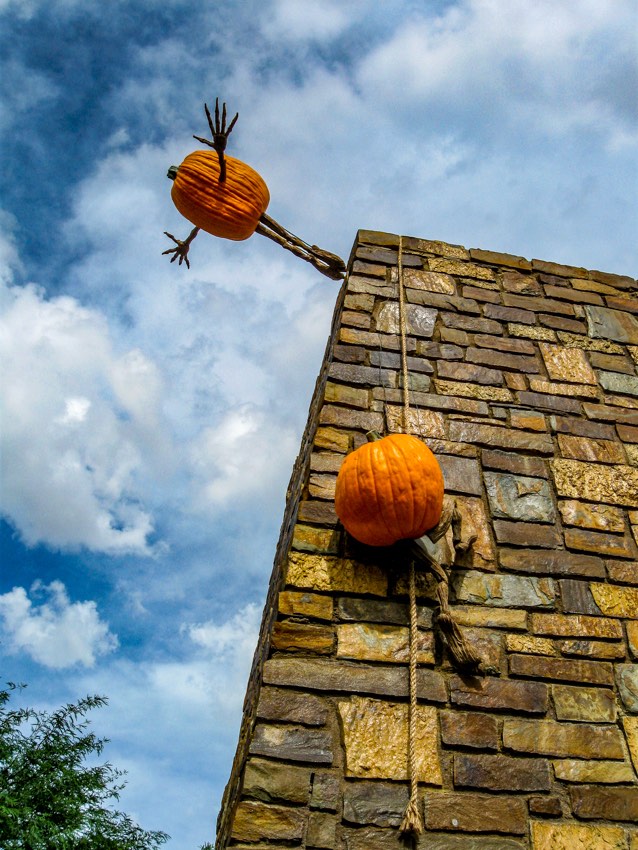 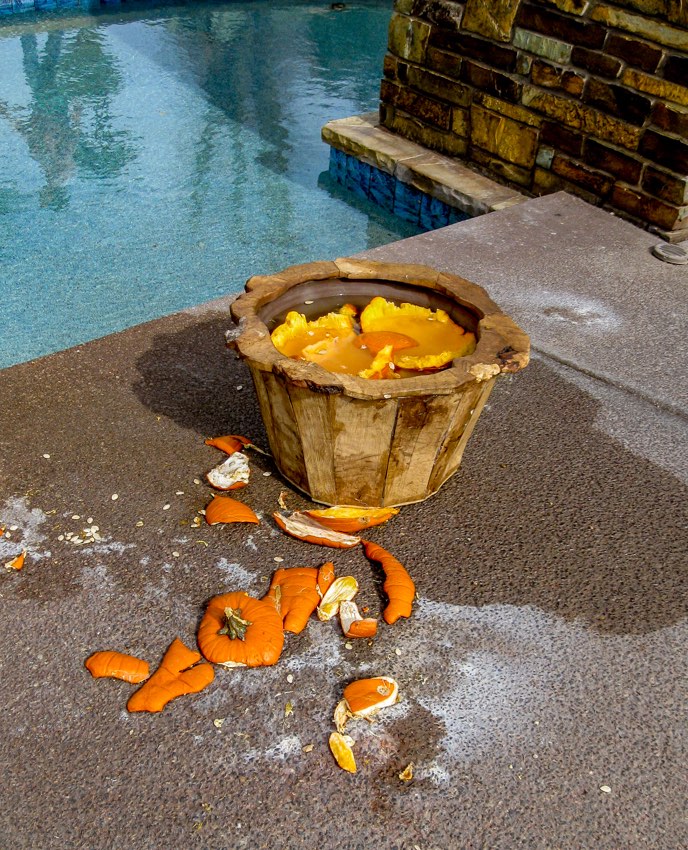 Of course this is not to take away from the more artistic, if not serious, offerings. 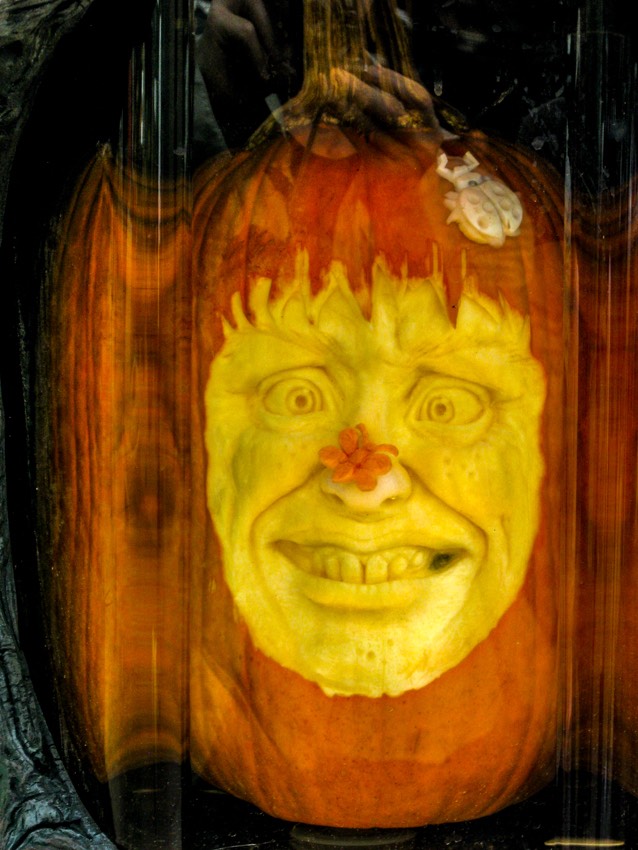 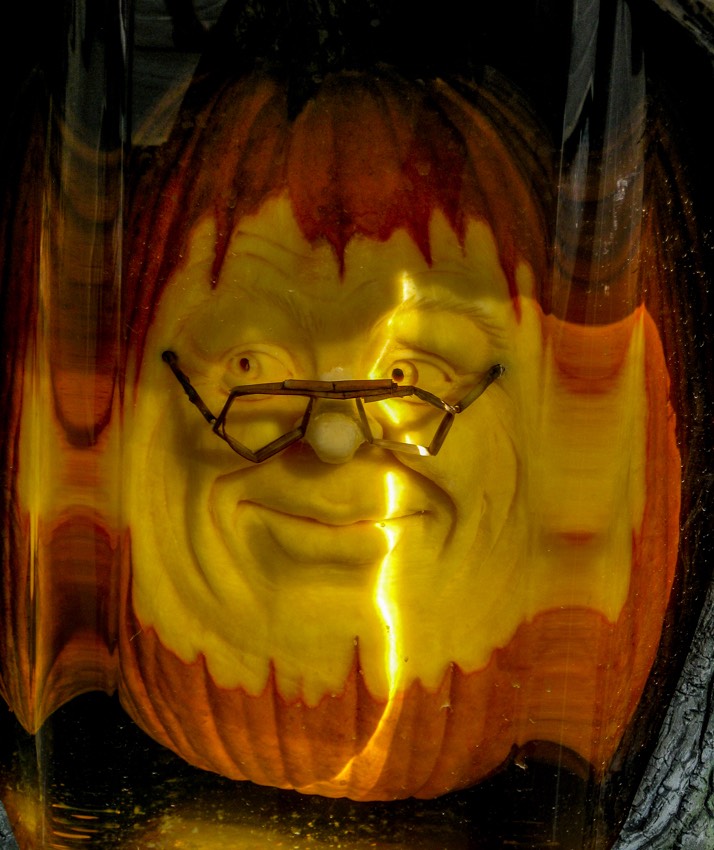 The planners put a lot of thought into this production as evidenced by the pumpkin picnic scene which is partially shown in the pictures below. 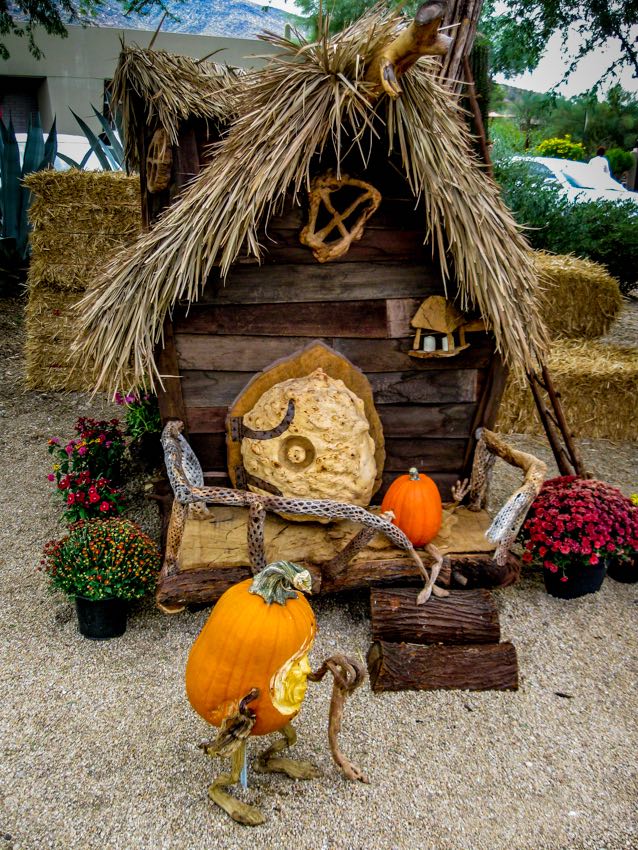 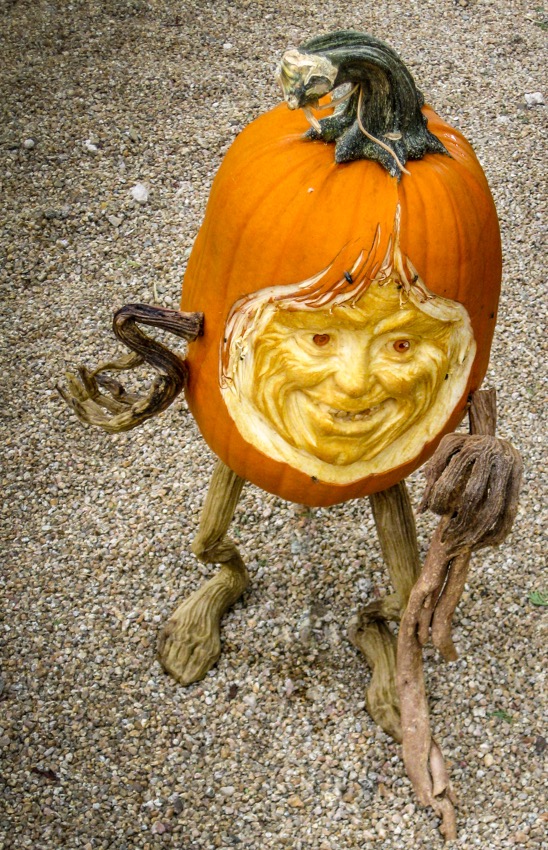 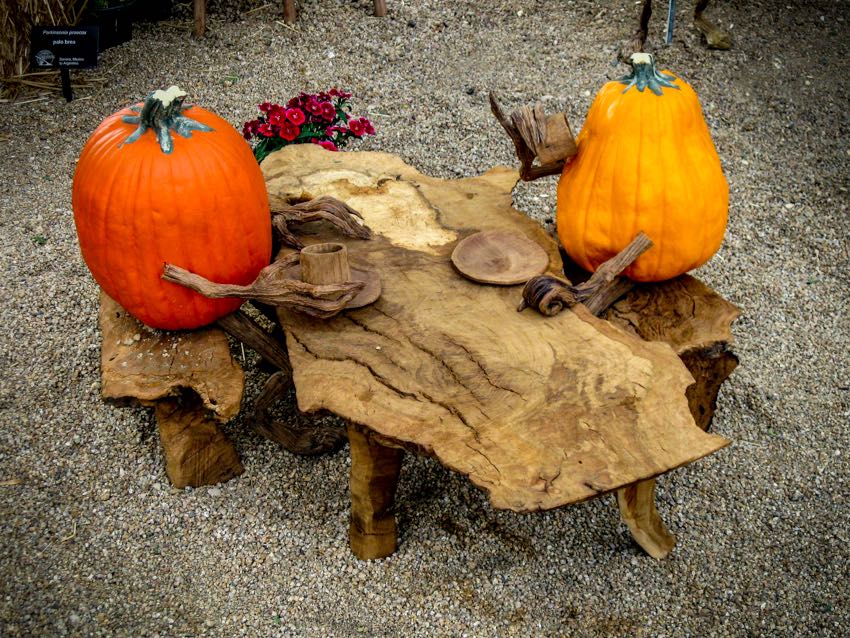 Once again, I should mention the ever present gardens which are beautiful in their own right and what desert planting cannot be improved with some nested pumpkins? 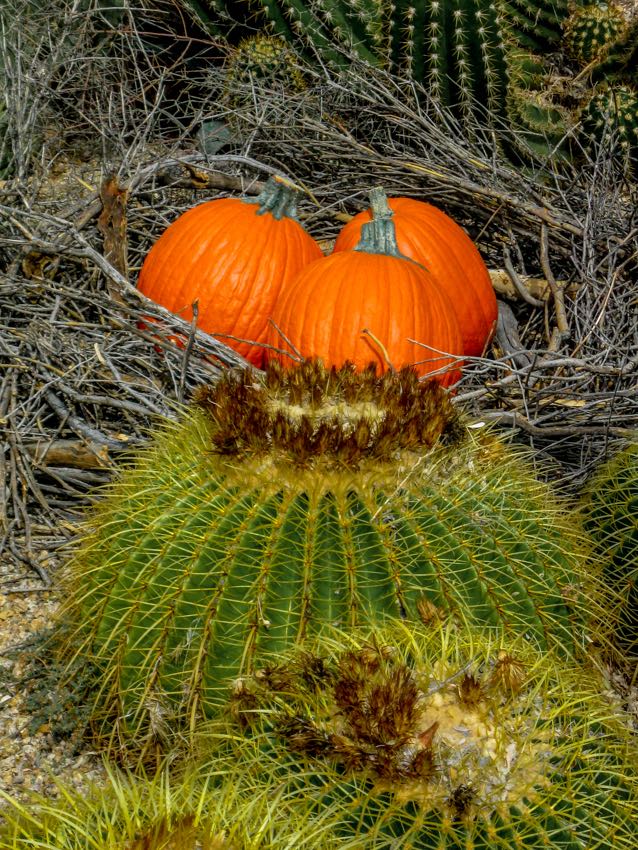 It is not easy being a pumpkin at this time of the year so after putting on such an interesting show, I think you will agree that these pumpkins have earned a good rest! 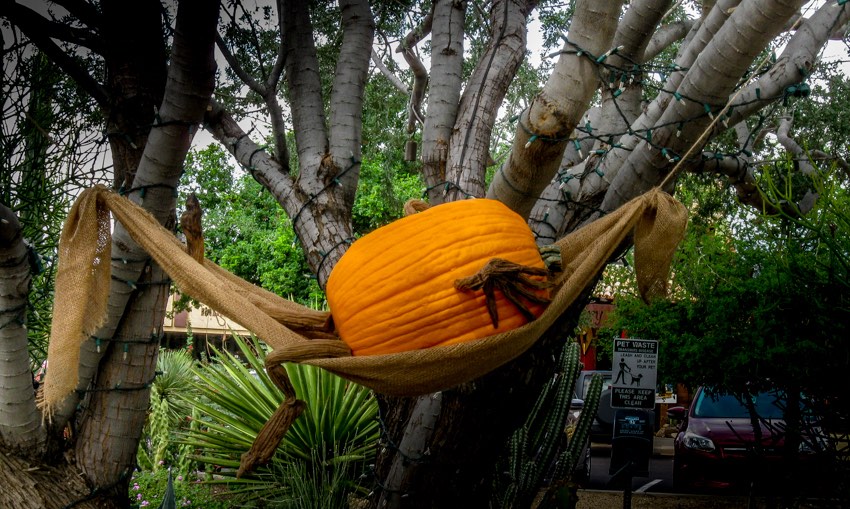 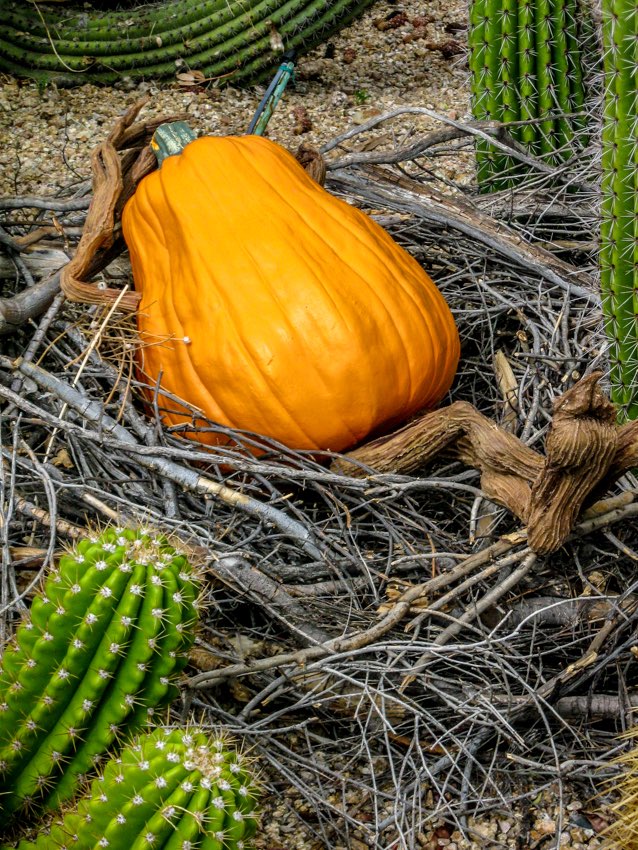 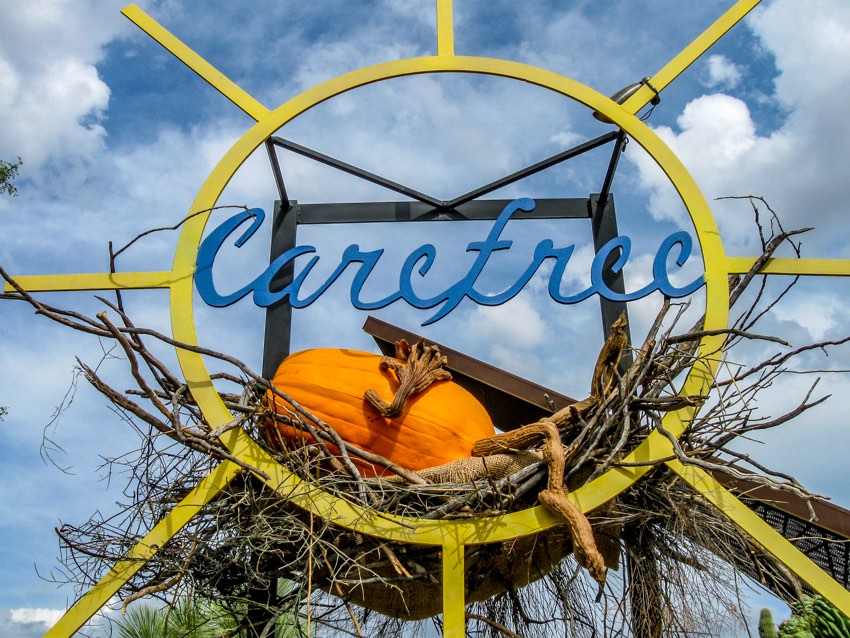 *NOTE: The pumpkins in the scenes were made using artificial resources to keep them from being eaten by the native wildlife such as Javelinas. Also of note, some of the metal stands supporting the pumpkins in the “scenes” have been removed in the photographs.