When considering a standard deck of 52 cards, take a guess at the number of ways this deck of cards is able to be “arranged” or “sorted” by shuffling them. Pick a number!

OK, I don’t believe you picked one that is large enough, but let’s proceed!

You may find this hard to believe, but the video claims that the number is larger than all of the atoms on earth.

** Here is the number written out in scientific notation:

** Here is the number written in the customary way (should have 67 zeros, but the picture doesn’t show all) 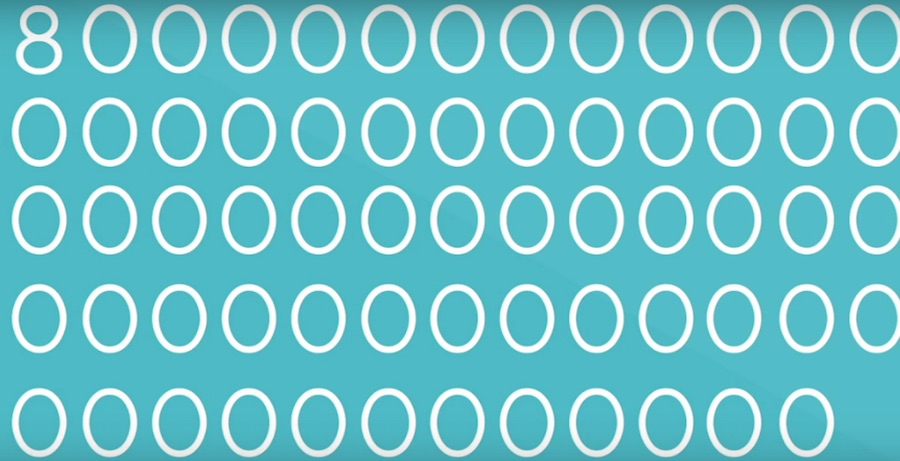 The TED video below explains it more precisely. It isn’t too complicated and I think you will be amazed.

** These were screen shots taken from the TED video referenced above!