After our 2007 relocation from the east coast to the Phoenix Valley, we were surprised to learn that we were in a flood plain! This was soon apparent within a few months when a monsoon storm hit, and a large portion of our “top soil” (aka “sand”) ended up in the adjacent property. We decided to construct a “wadi” (a gully or streambed in northern Africa and southwest Asia that remains dry except during the rainy season) and ordered approximately six tons of “rip rap” (fist sized stone) from a local rock yard. Landscape cloth and pins were used as a weed barrier, and then each rock was carefully laid over a period of several weeks. The wadi is approximately 70 feet by 10 feet (average) and runs diagonally across the southeast corner of our 1.5 acre parcel. It has dramatically decreased soil (sand!) loss. A year after installation, we opted to construct a wall at the wadi’s headwaters comprised of eight large boulders that have served to further diminish the rapid flow of monsoon rains. Occasionally, debris must be removed from the rocks, and it is interesting to speculate on the origin of plastic wrappers and plush pet toys that meander downstream with the rains! 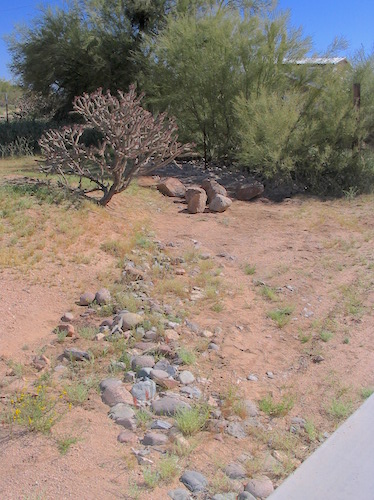 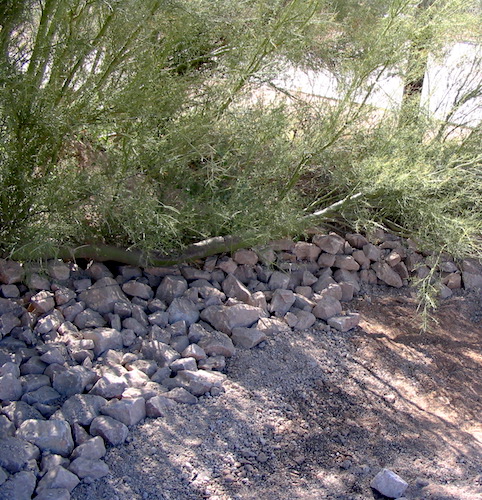 We started constructing the wadi by the base of the trees where the water first enters our property. 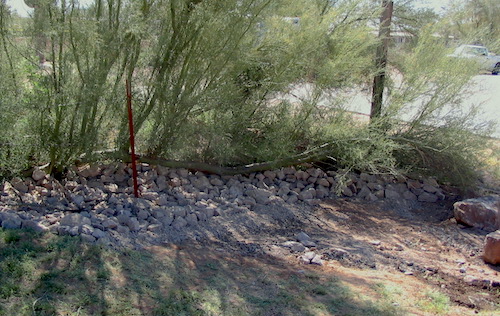 On the right-hand side are several boulders we purchased to add interest and further slow the flow of water. 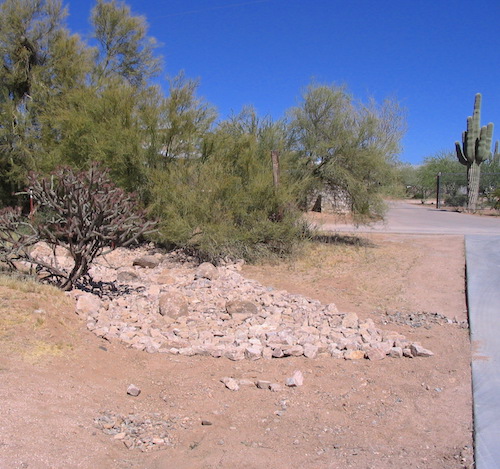 The project moved along as we developed the protocol for laying the weed barrier, sandy gravel and the rocks. 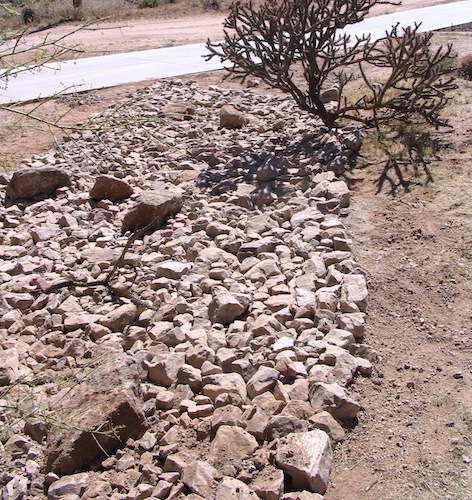 Here is an approximately east-west view near completion of the project.