Near the end of our stay in Lisbon, we learned that the Four Seasons Hotel Ritz situated on top of a hill overlooking the King Edward Park and the Marques de Pombal square, had a rooftop viewing area. We had to walk through the gym/spa to get there, but were graciously welcomed to take our time to look around the observation deck. Our eyes were quickly drawn to a colorful Mariner’s Compass which seemed to house a mechanical device. In a communication from the hotel’s Concierge Office, this is their explanation:

The piece pictured is the Rosa dos Ventos – A wind rose. It indicates “the North” The design is decorative over what was initially the Hotel’s access to the shopping galleries below. 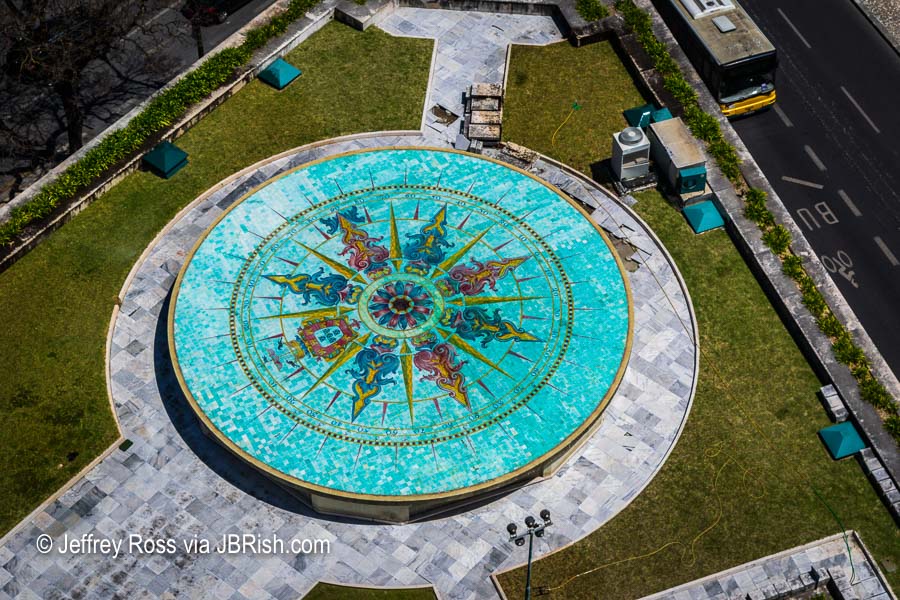 As a way to orient viewers, this is a view of the statue of the Marques de Pombal mentioned in several prior posts. To the right is the Avenida da Liberdade where we would soon be heading. There are a number of banks in this area with popular ATMs. The centrally located buildings and popularity of the streets convinced us to use the Santander Bank ATM. There is always a need for caution when using these conveniences wherever they are located. We experienced no problems during our entire trip. 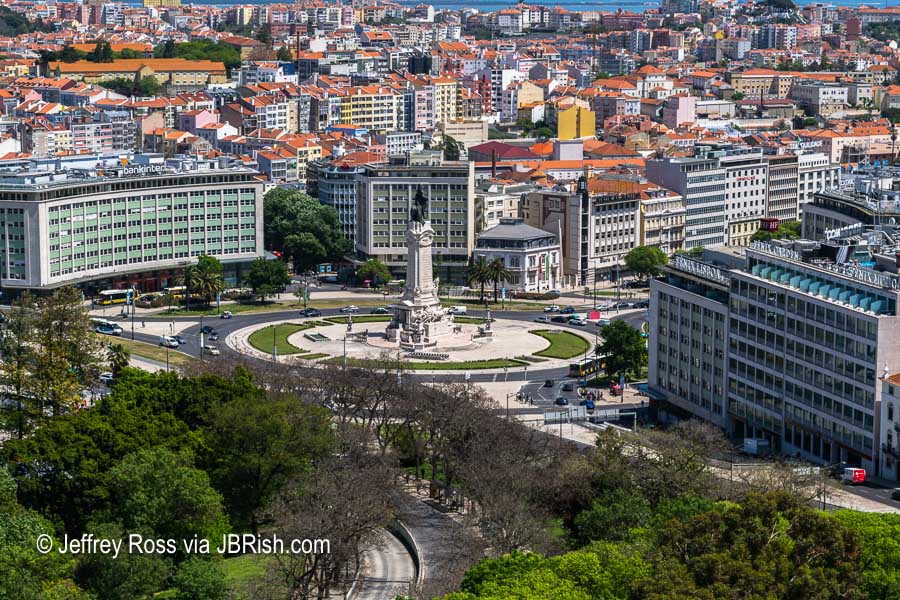 Below is an “aerial view” of Alfama, the hilly area, which is the oldest district in Lisbon. It is well-juxtaposed against the modern buildings in the foreground giving readers an idea of how the old mixes with the contemporary side of Lisbon. 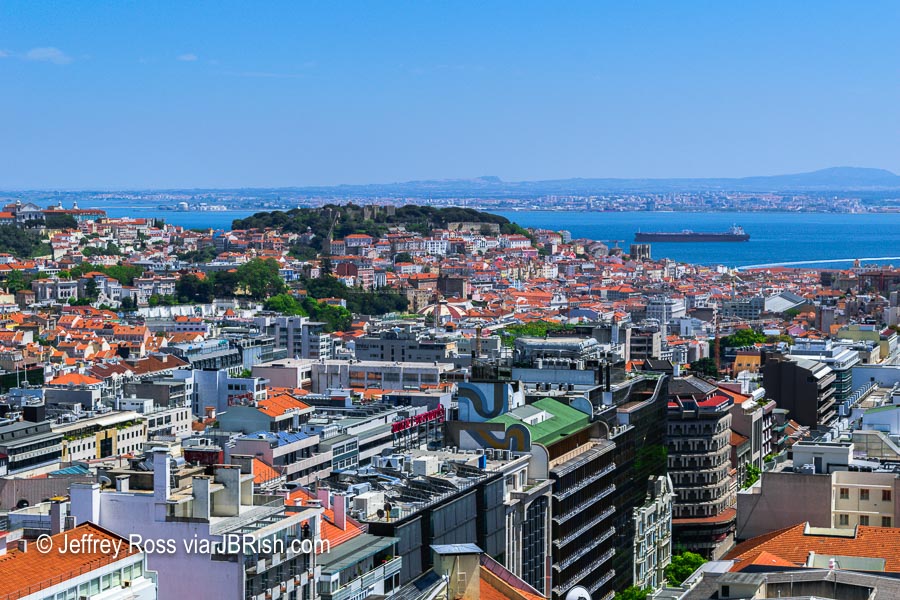 After several photographs and ample admiration of the wonderful rooftop views, we exited the hotel and headed toward Avenida da Liberdade boulevard. The 90-meter wide boulevard has parklike walkways bordered on one side by automobile traffic and contemporary luxury stores such as Louis Vuitton, Christian Dior, Gucci, etc. on the opposing side. The sidewalks themselves host the familiar decorative cobblestone patterns. 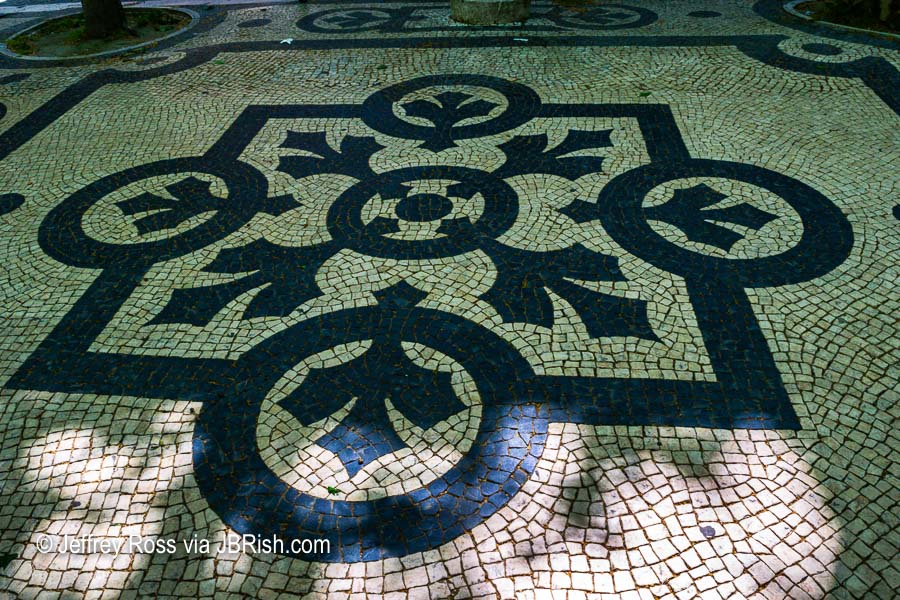 A meandering garden and canal adds a point of interest to those who stroll along. Nearby benches were occupied by those who wanted to relax, take time for a snack or perhaps foster more romantic intentions. 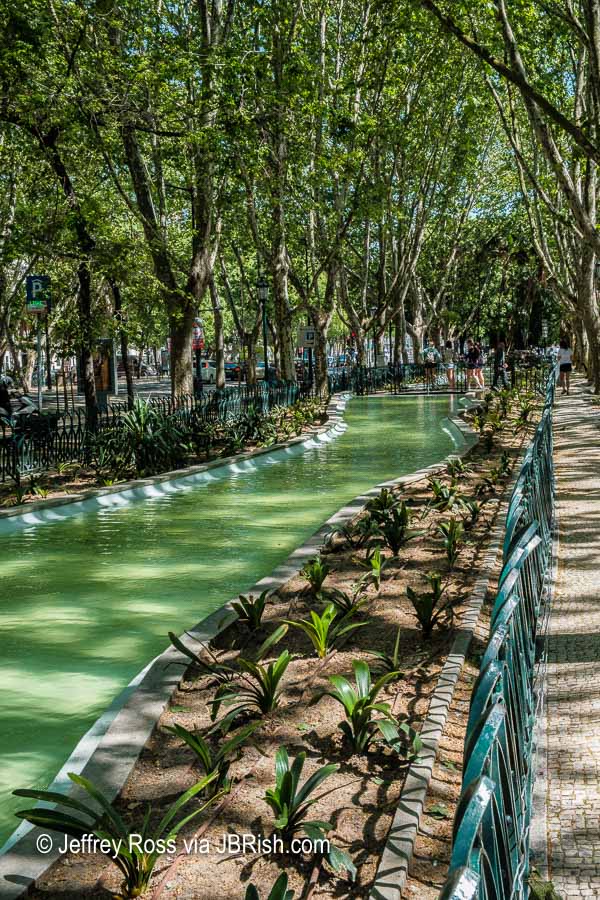 The “avenue” brings tourists to the Rossio Square area sometimes referred to as Pedro IV Square. This square has been a historical meeting place for citizens of Lisbon during political or cultural events. Now tourists mix with the residents to take advantage of the nearby popular attractions, stores and festive atmosphere. 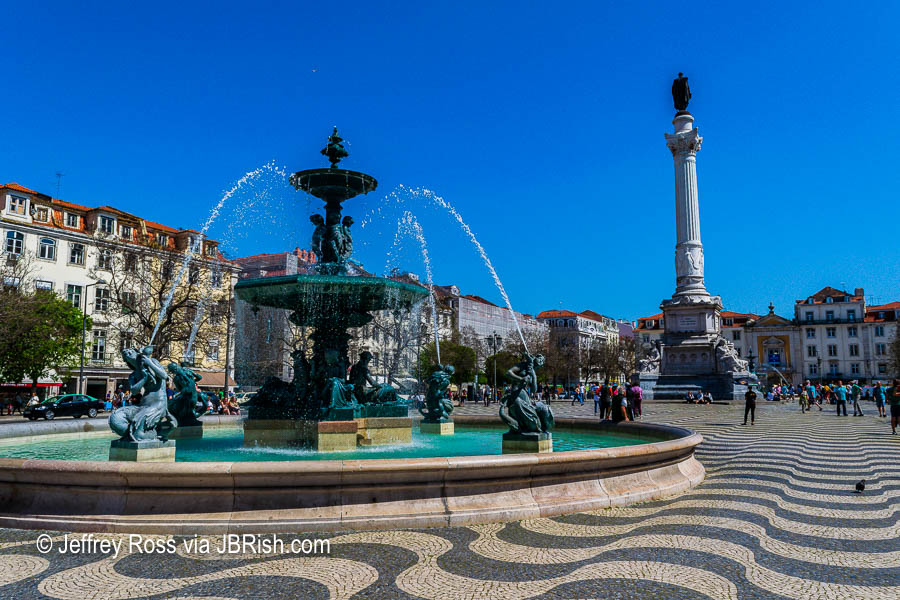 One of the more curious attractions was the The Elevador de Santa Justa originally designed to help residents make a connection from the lower streets with the elevated Carmo Square. This was one method used in several different areas of Lisbon to deal with the hilly terrain. The Elevador has also become a popular tourist attraction. Interestingly enough, it can accommodate twenty people as it ascends, but only fifteen on the return trip. This device has an intersting history. You can read more about it at the link below. 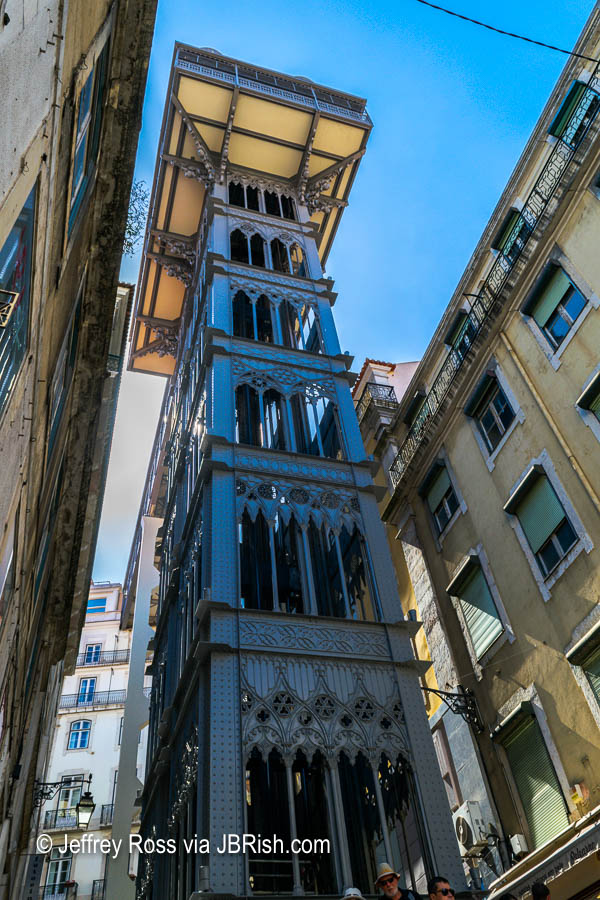 Starbucks Coffee has become a nearly universal sight wherever one travels and this particular Starbucks stands apart from most because of its beautiful location in the historic Rossio Train Station which connects the capital city to Sintra; less than an hour away. The architecture was impressive and provided quite a contrast to the green and white signs. Note the ornate word “Central” above the arch in the foreground. This was originally named “The Central Station.” 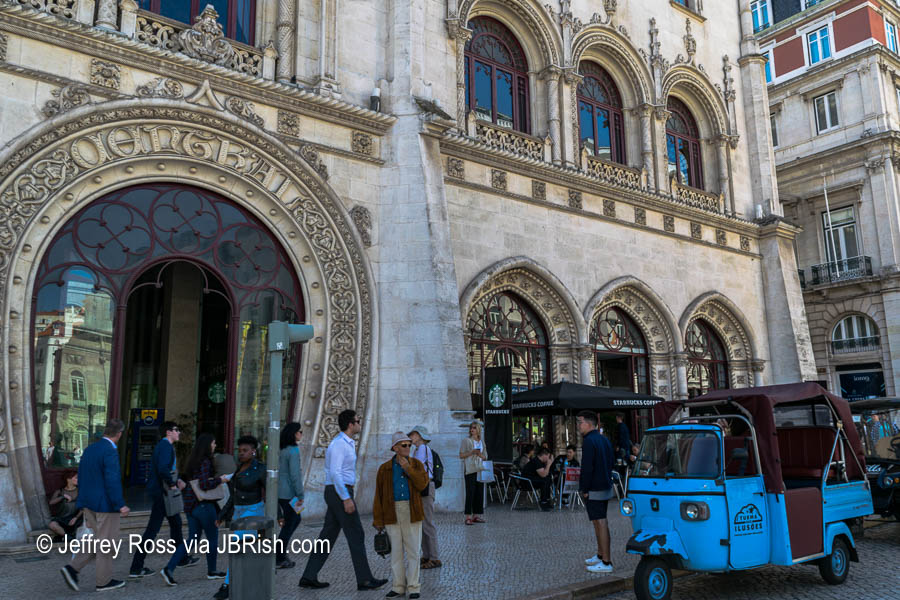 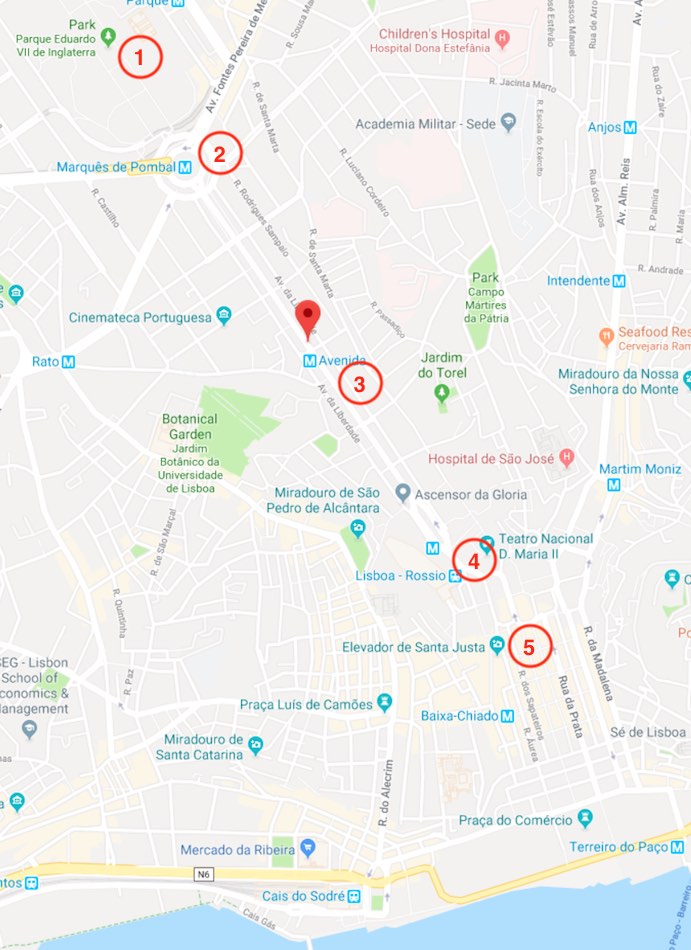 To review our walk, I have placed markers on the map above:

1 – The King Edward VII Park. The Four Seasons Hotel Ritz was just northwest of the park.

NOTE – The water on the southern part of the map is the Tejo river which has many interesting places to explore. There was a music festival near the Praca do Comercio and it was blocked off at the time of our walk.

This was our last day in Lisbon and while we did not get to see everything on our list, we certainly gained an appreciation for the city and what it has to offer both residents and visitors.