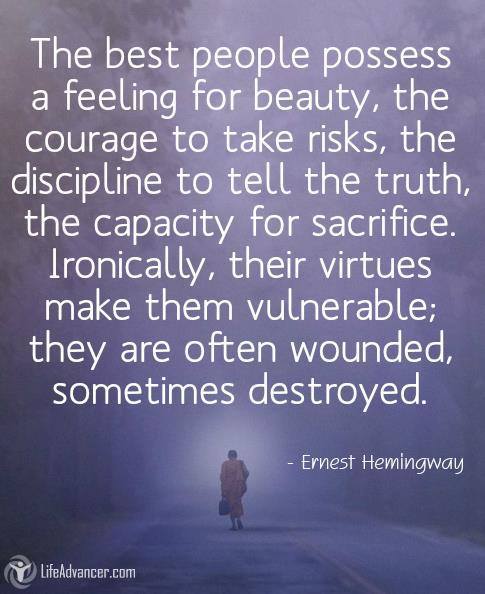 “The best people possess a feeling for beauty, the courage to take risks, the discipline to tell the truth, the capacity for sacrifice. Ironically, their virtues make them vulnerable; they are often wounded, sometimes destroyed.”
— Ernest Hemingway —

This is something I just don’t understand. This warning sign is very clear and announces DANGER. I don’t know how legible it is on your computer monitor or device, but the little red and yellow sign in the upper-left says:

2015 life altering injuries to visitors scrambling between boulders below waterfalls:

PLEASE STAY ON THE TRAIL

Below this sign, there are replicas of x-rays that show some of the broken bones and injuries.

With all this, AND with rather large yellow danger signs attached to some of the boulders, people were still scrambling on the rocks and taking risks just like those in the picture.

It is hard for me to understand this behavior. I enjoy a thrill as much as anyone else, but when clear warning is given in a national park or other hiking area, attention must be paid! Another thing or two to keep in mind…Where is the nearest hospital and how would I get there?

Do you have a question about our visit to Yosemite? Ask it in the comment section.

JBRish.com originally published this post
*All photographs Copyright by Jeffrey B. Ross with all rights reserved.

See previous Year of Yosemite (YOY) posts HERE. If you want to read the introduction to the YOY series, CLICK HERE.

When I first started playing pickleball, the rule of the serve back then was to “just put the ball in play” and “don’t miss a serve.” The mantra was hit the ball high and deep; or some variation on that theme. Indeed this does work at the beginning levels of play. The emphasis on keeping the ball in play is a solid one because your team can only win points on the serve.

Since that time, I have seen a shift in attitude regarding the serve. New players entering the pickleball court are bringing skills from other sports like racquetball, ping pong, tennis, etc. There seems to be a bit more openness to trying something different on the serve and taking risks.

I too have adopted the more open philosophy in that I will take some chances during a game such as trying to serve the ball close to the line if it is to the backhand of the receiving player. I will also try to spin the ball once in a while just to keep the opposing team off balance a bit.

Here is my rationale. I don’t have a killer serve and most 3.5 and better players can get my serve back without a problem so the point needs to be won during a rally or volley.

There are times, however, if I take a risk and try one of the trickier shots mentioned above, I can often win one or two points a game on my serve by hitting an outright winner or forcing a weak return shot.

Because of this, I figure I can take a chance with my serve until I miss one or two and then I scale back a bit. This makes the game more fun for me and I hope more challenging for my opponents.

Mark Renneson of Third Shot Sports, who has been featured on JBRish many times, has a video addressing the serve. Interestingly enough, I recently had a pickleball coach watch me serve and he made the same points as Mark does. One key element I wasn’t getting quite right, was that I was not hitting the ball low enough on my serve. I was told it should be just above the height of my knee. Keeping this in mind has helped my serve.

Watch the video below and pay attention to the key points Mark makes about hitting the serve.

In Summary, I think these are the take-aways:

Click the link to see Third Shot Pickleball Past Newsletters.

Thanks to Mark and Third Shot Sports for allowing this to be presented on JBRish.com