“The great use of life is to spend it for something that will outlast it.” – William James

Let me preface this post by pointing out what a great time it is to be interested in photography or to be a photographer whether it is from a hobbyist or professional perspective. It is so easy to take for granted the wealth of information available to us today because of the Internet.

There aren’t many artists, professionals in any field or accomplished practitioners of a given skill who would willingly and freely give away their hard-earned knowledge. Many of us, when we learn a special trick or secret, would like to hold it as though it would give us an edge. Scott Bourne is not one of those people. 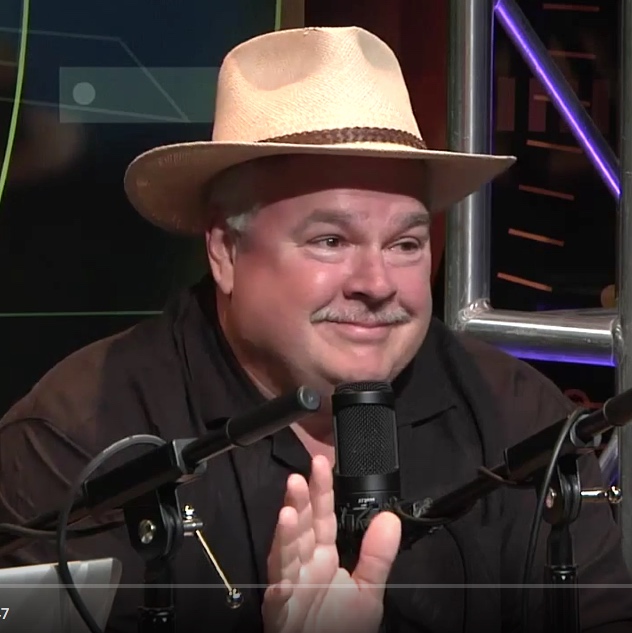 For those who don’t know Scott, I would like to make the introduction. He can be found almost on a daily basis sharing his knowledge and skills. This is information he has worked years to codify and embrace and he offers it to anyone with the inclination to read or listen.

Recently, for example, he posted an article describing the use of the relatively new Adobe Portfolio option. Naturally he tried it first and then wrote about his experiences and not only that, he posted his portfolio (not completed at the time I am writing this; just experimental) for all to see. This isn’t just theory, this is real!

Another thing I have to appreciate is that Scott is a no-nonsense guy. You wouldn’t have to read too many posts or listen to more than one podcast to find that out! And that’s a good thing! When he says that he has tried almost every new camera, he means it. He can speak to the pros and cons of many cameras available currently and he does. I don’t have the resources, time or skill to assess these things, but you can get a head start in such matters by listening to Scott on his photofocus podcasts or by reading his posts at photofocus.com

Enough by way of introduction. Let me share some of Scott Bourne’s work and explain why I admire and follow him. (By the way…I am not a relative of Scott’s. I have no vested interest in writing this post except to recommend his work as a resource for those who want to become better photographers in general, and especially those interested in bird photography.)

It is not easy to pick out the work I like best because there is so much goodness out there. 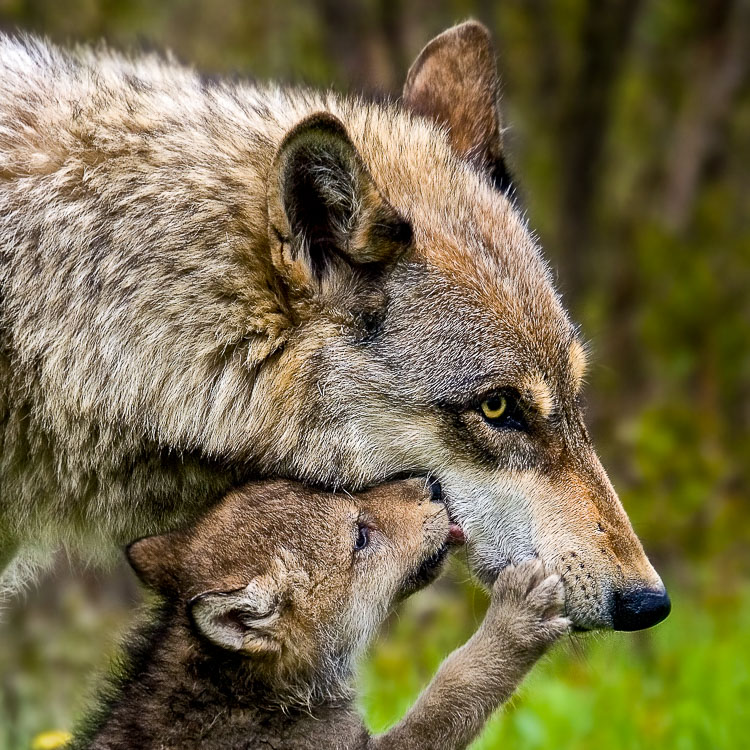 This is a beautiful, tender picture capturing the relationship of the adult with a pup. The viewer can sense the emotional connection and the wariness of the ever-vigilant adult.

Perhaps Scott is best known for his bird photographs and this picture of a barn owl is amazing. Not only is this a beautiful picture of the animal, but the composition is perfect. (arrows are from the screen capture and are not part of the original photo) 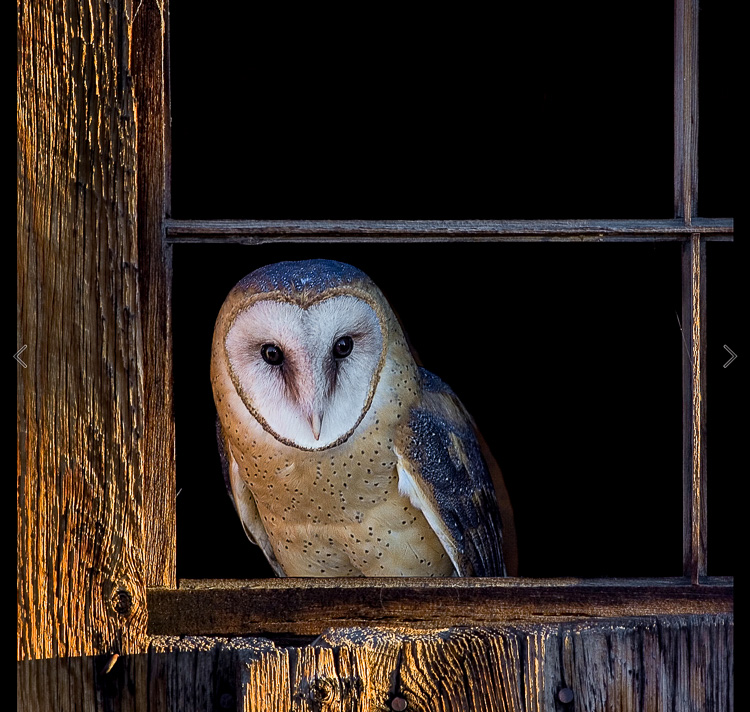 I enjoy bird photography and one of the most difficult pictures to capture is an excellent photograph of a bird in flight. There is even an abbreviation for it..BIF. Realize that one must capture the bird while it is flying by making sure to track it correctly with perhaps a zoom lens and making sure that the lighting and composition are as good as possible. Go into your back yard and try this even if it is not with a zoom lens. It is difficult. That’s what makes some of these pictures truly outstanding! 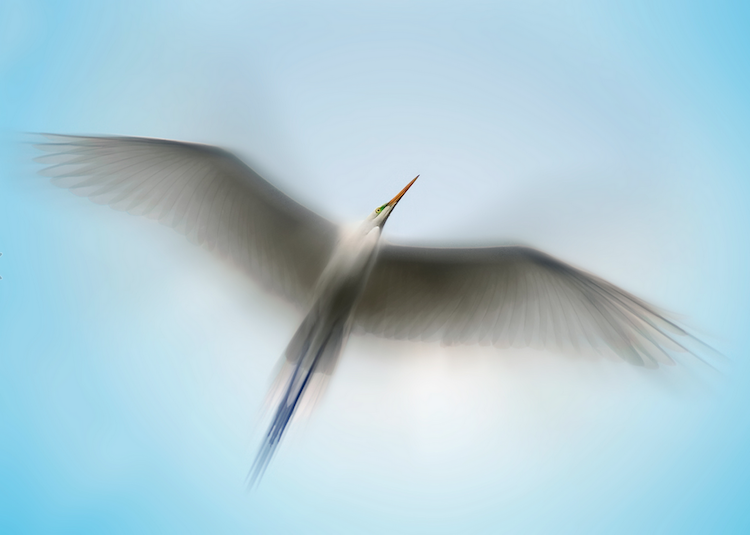 The picture above is one of my favorites. It shows the motion of the bird and yet the face of the bird remains sharp. The viewer can sense the motion. I just find this captivating. NOTE – This was a screen shot and was slightly cropped on the right and left sides.

Who doesn’t like puffins? Doesn’t this Tufted Puffin look majestic? The details and colors are truly stunning!

Scott has made many trips to specifically photograph eagles. And he has a bevy of pictures of these regal birds so I will just include the two following as examples. 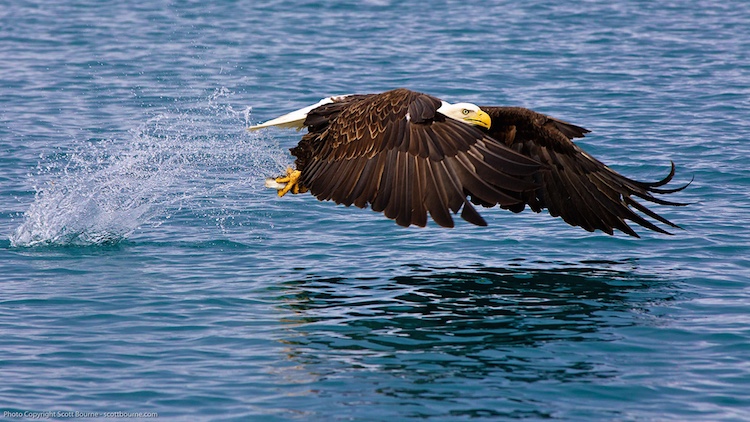 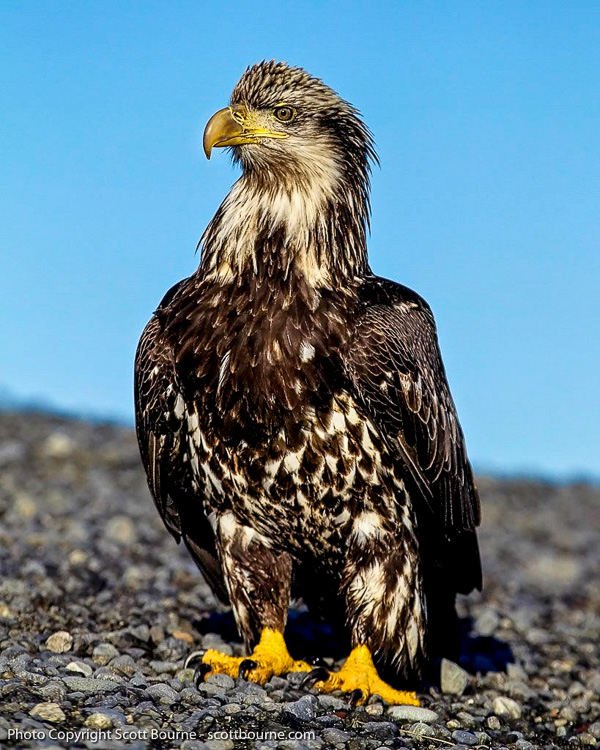 This (above) is a juvenile eagle which has not grown into his adult coloring.

Not only does Scott Bourne have “the eye” to capture the essence of the bird such as plumage, movement and coloration. He also demonstrates his flare for the drama and beauty to be found in nature such as this shot at Bosque del Apache National Wildlife Refuge in New Mexico. 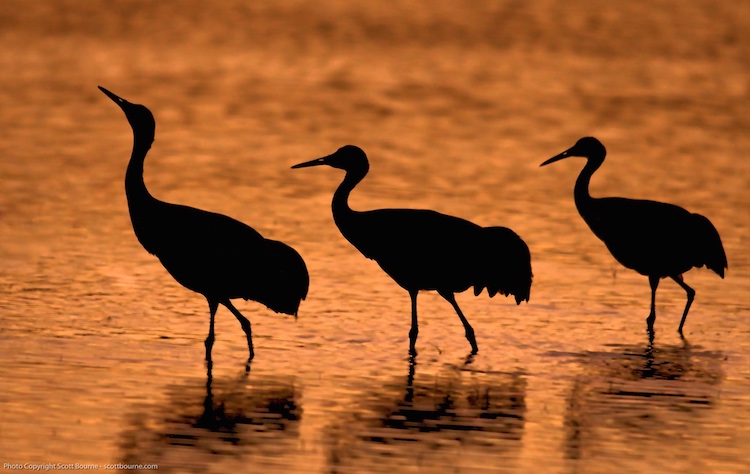 And it is not just birds. Scott enjoys all wildlife such as this Coastal Brown Bear; Grizzly. 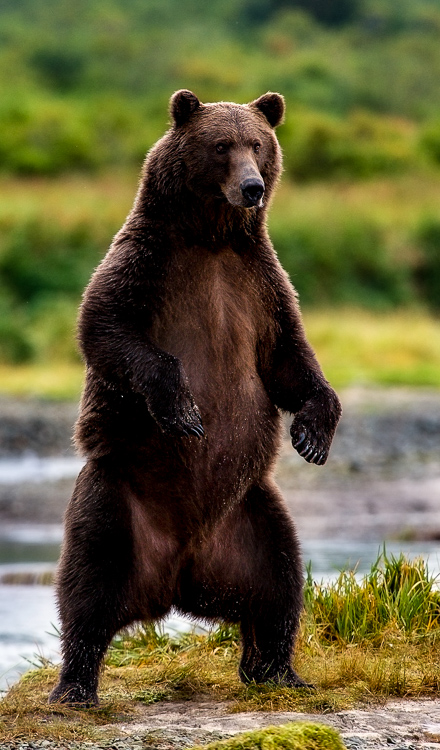 Thank you Scott Bourne for being so generous and giving so much to the photographic community. I know you have inspired many others and will continue to do so!

A Simple Primer on Photographing Birds in Flight

How To Photograph Birds | 20 Tips & Some Resources

About Bird Photography – Finding The Birds

Photographing Birds – What NOT To Do

Details Matter – Going The Last Mile For A Better Photograph

On the Light Stalking website, Scott has several e-Books that are available free of charge. I have read some of them and I an assure you, just studying the photographs will be inspirational and educational.

Essays on Inspiration, Vision and Creativity in Photography, by Scott Bourne

A Photographer’s E-Guide to Making Sharp Photographs, by Scott Bourne