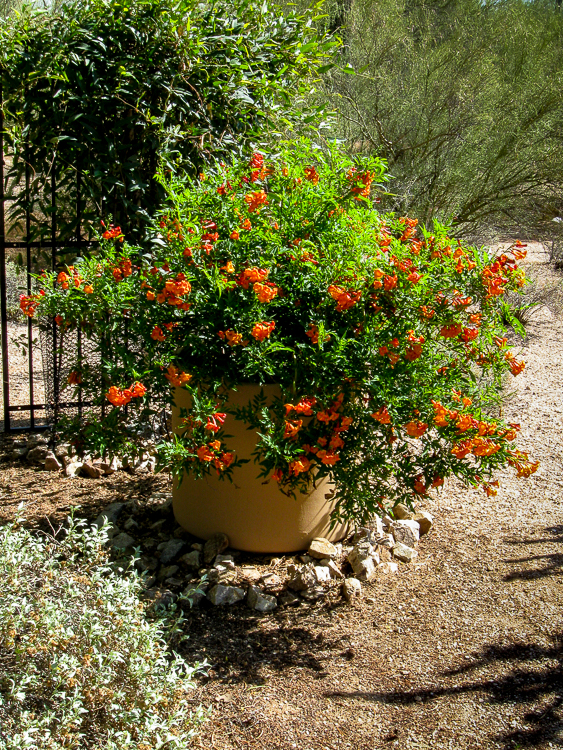 Another interesting and worthwhile plant to have in the desert garden is Orange Jubilee (also called Orange Esperanza or Orange bells) or any of its variants.

The plant is trimmed to between three and four feet tall (+/-) because it grows in a large container. If grown in the ground, it will be much larger. It extends to about six feet wide. The showy orange flowers bloom in clusters at the end of the branches as you can see in the photographs. When I notice seed pods, I remove them to extend the long blooming period even more. 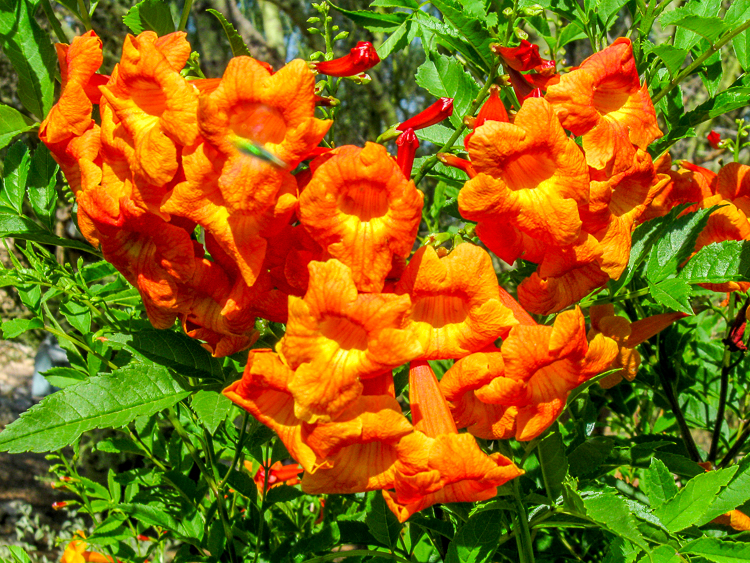 Hardiness range (depending on where it is grown): 0 to 40 F. The key with desert plants is to wait until all danger of frost has ended before pruning any damaged branches as the new growing season begins.

Exposure: Almost full sun (8-10 hours per day during the hot desert summer). Our shrub has afternoon shade coming from the west courtesy of a nearby Foothills Palo Verde.

In General: The plant is trimmed in stages at the beginning of the growing season. I remove very long and spindly branches and watch for the new growth. Once it starts to get bushy again, I trim more to maintain an even shape. Another tenet of xeriscape gardening is to keep trimming to no more than one third of the total growth. I try to keep it a bit less than that as these plants will be under stress during the upcoming hot weather.

Watering: During the winter the plant gets watered once or twice a week. When the spring active growing season begins, it is watered every few days until the end of April, then every other day or so until the end of May and then every day until the end of September. Watering tapers off from there.(Remember, this watering schedule reflects our desert environment.)

Fertilizer: I use a standard desert tree and shrub fertilizer (16-8-8) along with a tablespoon of a “super bloom” – type to add extra elements.

The plant receives fertilizer on or about: 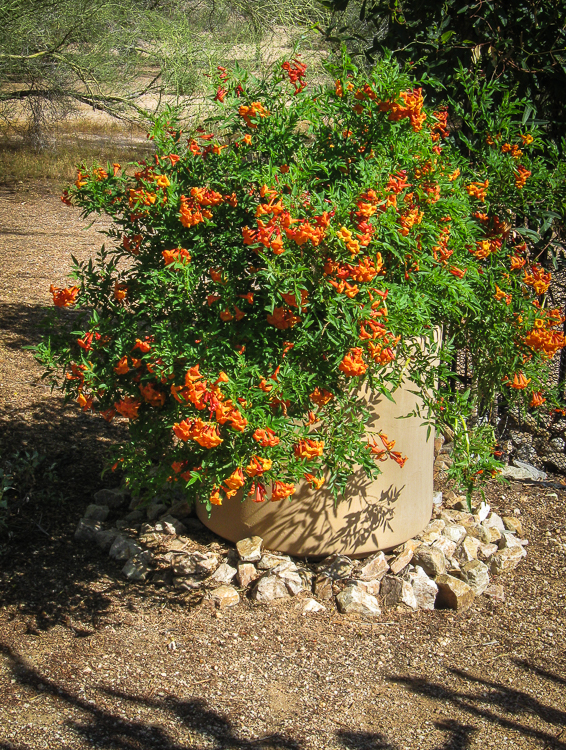 If you like these orange clusters and a nice green, bushy plant give Orange Jubilee a try!

Via East Valley Tribune – (The pictures don’t do it justice)