Many towns in the United States and probably around the world have streets with clever names. A few that come to mind quickly from my area of the globe, i.e. Cave Creek, AZ are … 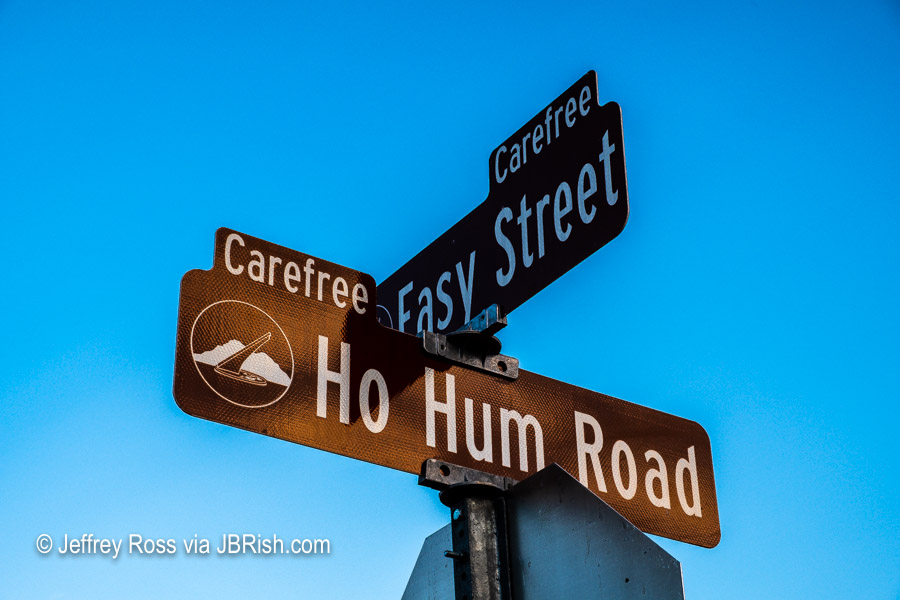 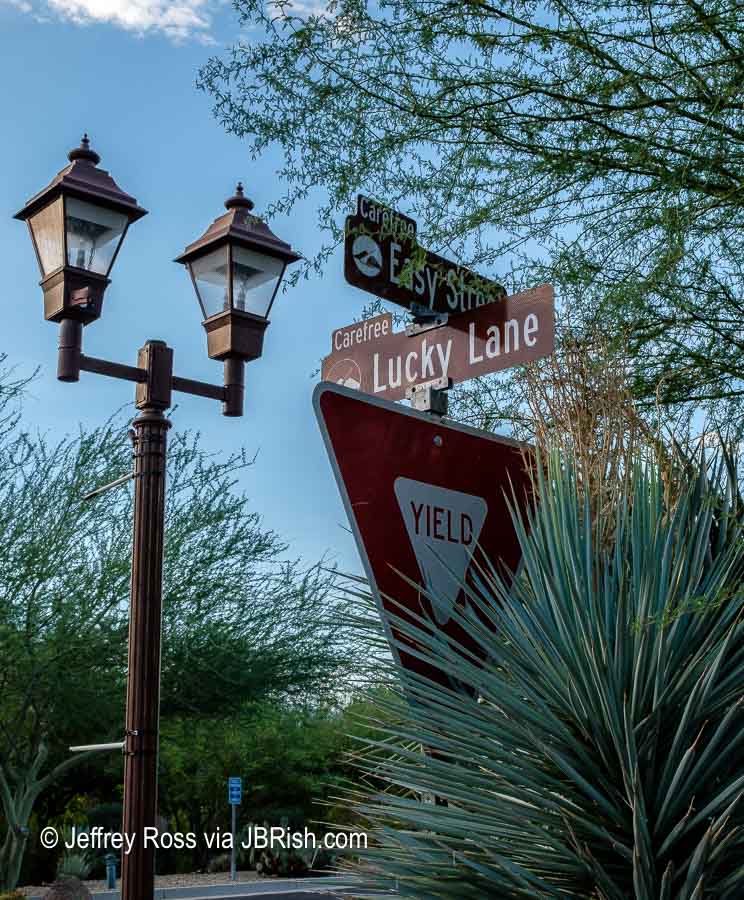 While Ho Hum, Easy and Lucky are “cute” and unusual names for streets and roads, on a recent trip to the Petrified Forest and Painted Desert National Park we witnessed something less cute, but just as interesting in Holbrook, AZ. Low and behold, there was a street just prior to crossing over the railroad tracks that had a very morbid name. 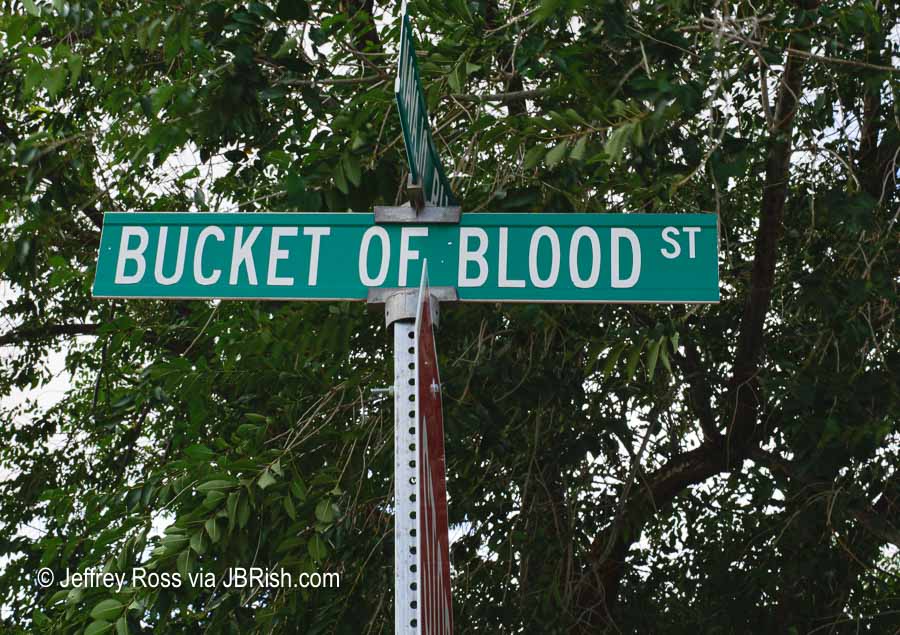 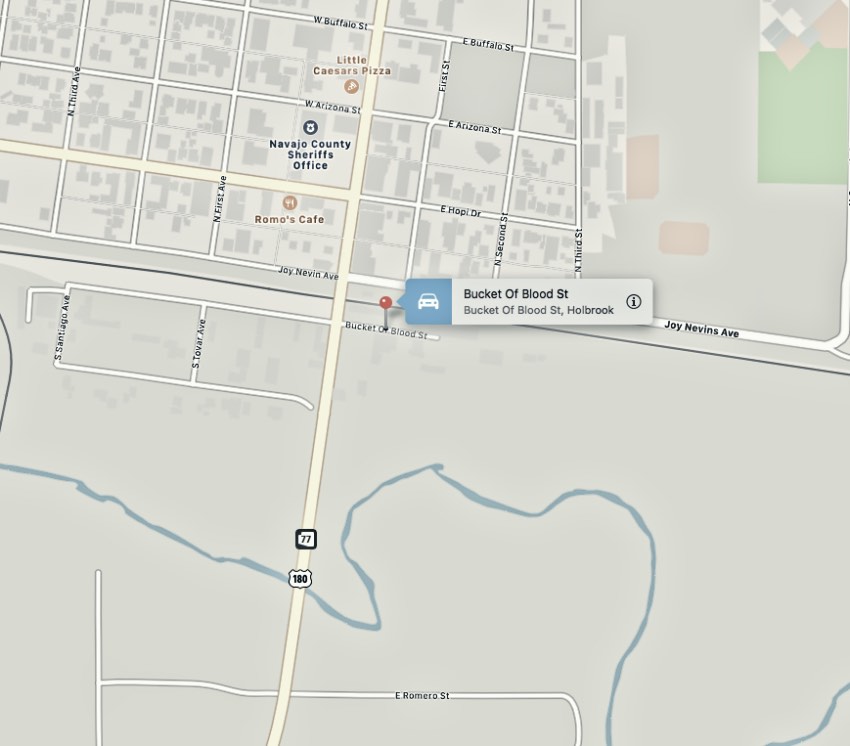 How the Bucket of Blood St. received its name is not that clear. There are a couple of theories on the Internet. The most popular explanation perhaps, dates back to the late 1800s when Holbrook was a rough and tumble gunslinging town with gambling, prostitution and lots of violence.

Apparently Terril’s Cottage Saloon played host to a tremendous gunfight after which the floor was so covered with blood that it nearly filled a bucket. From that point forward the emporium became known as the Bucket of Blood Saloon.

The saloon survived as Route 66 became a popular thoroughfare and it eventually evolved into a roadside attraction in the 20th century. The saloon no longer exists, but the street name serves as a reminder of Holbrook’s notorious past.