“The soldier is the Army. No army is better than its soldiers. The Soldier is also a citizen. In fact, the highest obligation and privilege of citizenship is that of bearing arms for one’s country.” — George S. Patton 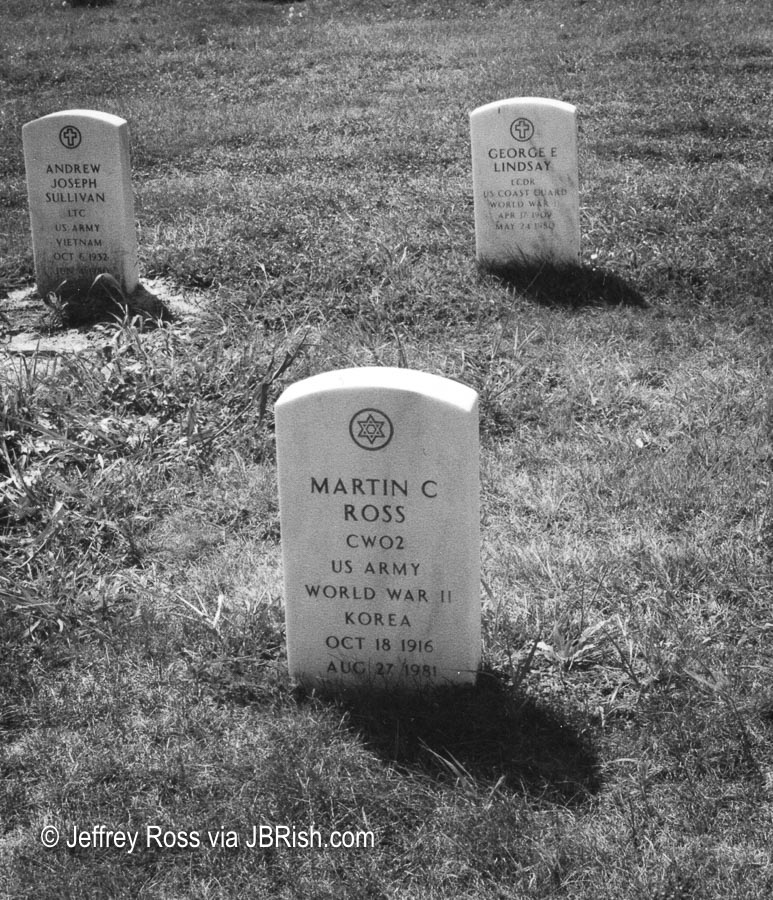 My father was a soldier and he loved the army. He was a gritty guy and had little or no fear. This isn’t to say he was mean or aggressive; he wasn’t. He had a big heart and he was kind and generous.

My grandparents were Polish/Russian immigrants who came to America in the early 1900s to have a better life. They didn’t have it easy. As Jewish immigrants they faced much antisemitism and discrimination.

Over time, they learned English although they continued to speak Yiddish at home. During the depression my father spent time in a place he told me was an orphanage. He was forced to live away from his parents and family. He never forgot this chapter of his life and it had a profound effect on him. 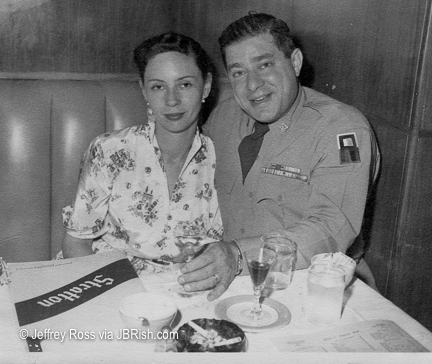 My father Martin Ross and my mother, Beatrice have dinner – circa 1952

As a small child, all I knew was that my father was a soldier. I have to say that he wasn’t the only one in the army. We were all “in the army.” My mother had to put up with a lot as my father went off to war in Korea and left us at home. This wasn’t the only effect the army had on our lives. Like many military families, we moved quite a bit. It seemed to me it was every three or four years. 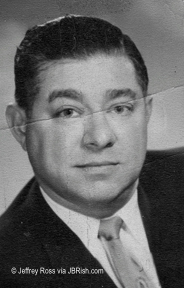 My father amassed a large number of military photographs during his career as a soldier. The reason I am starting this series is to share pictures I have related to life in the army, China during World War II, the Korean War and related topics. I have no children and these archives will be “tossed” when I die. I am hoping to share these with those who may be interested in military history or life during these eras.

The offerings in this series will not have any specific organization. I will publish the photographs and whatever notes are on the pictures as I get to them. I note approximate size: length x height as this proves pertinent.

To start the series, I offer the following…

When my father was in China and Burma (now Myanmar) during World War II, entertainers would visit the troops from time-to-time to help them get a bit of relief from the wartime drudgery. Joe E. Brown (1891-1973) was a popular comedian and movie star. He was a very talented expressionist who would make faces with his rather large mouth.

Here is a picture of Joe E. Brown entertaining the troops in China. Notice the picture of Chiang Kai-shek behind him. 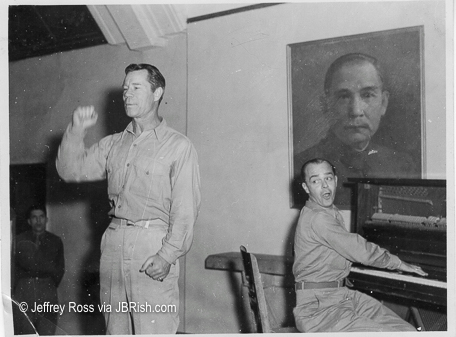 Notation on the back of the above photograph written by Martin C. Ross

Brown was accompanied by Harris Barris** who also appears in the picture above as well as the picture below which shows the two men mixing with the troops after the performance.

Harry Barris and Joe E. Brown mingling with the troops after the performance

* “Chiang Kai-shek, also known as Generalissimo Chiang or Chiang Chungcheng and romanized as Chiang Chieh-shih or Jiang Jieshi, was a politician and military leader who served as the leader of the Republic of China between 1928 and 1975, first in mainland China until 1949 and then in Taiwan until his death. – Via

** “Harry Barris was an American popular singer and songwriter, and is one of the earliest singers to use “scat singing” in recordings. Barris, one of Paul Whiteman’s Rhythm Boys, along with Bing Crosby and Al Rinker, scatted on several songs, including “Mississippi Mud,” which Barris wrote in 1927″ Via

NOTE – All photographs are “for sale.” Anyone interested in purchasing photographs should contact me via the JBRish.com contact email, i.e. JBRish [dot] com [at] gmail [dot] com