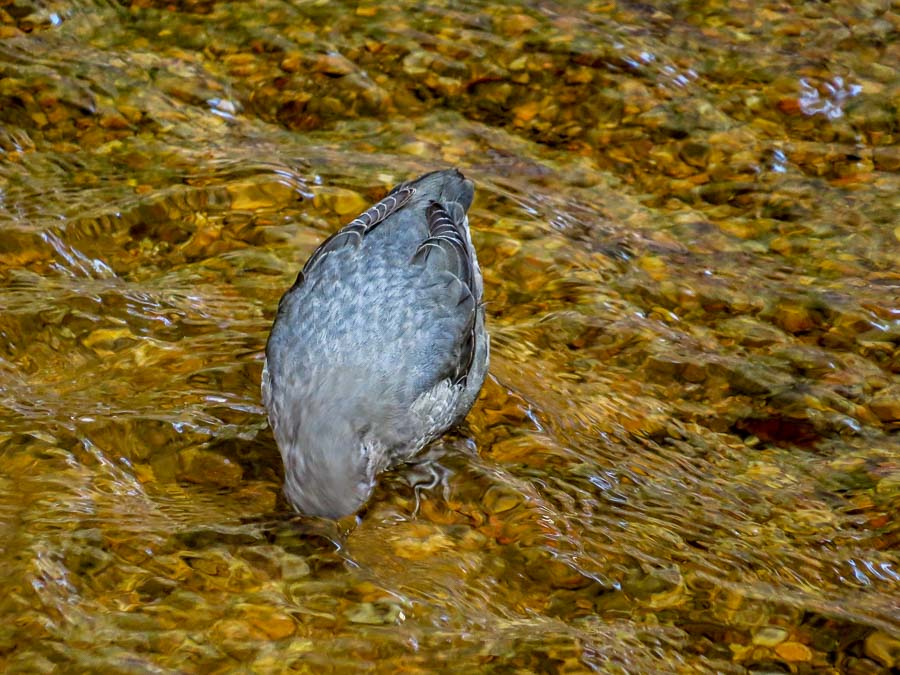 What I mean when using such a phrase is that generally speaking photography and bird watching are not often the center of my activity. I am usually hiking, touring or visiting with friends. My camera is with me during most of these events so naturally, I like to capture photographs of things that are of interest me. I am not too hyper about my photography exploits however. I try to capture those images that will serve my artistic or educational purposes, but if I miss the shot…well, I miss the shot.

In the same light, a number of my photographs are lacking in quality for one reason or another. Perhaps my equipment is not up to the task. Sometimes I make a mistake and my settings are incorrect and the capture fails. While photographs taken under less than ideal circumstances may not have much artistic value and may not be worth placing on the Internet, they can be good enough. Let me explain…

We were recently visiting Colorado Springs, CO and during our stay, we went to the Broadmoor resort to hike their Seven Falls Park and it was very nice. As we walked the trail and came to an elevated platform called the Eagle’s Nest, there was a stream that ran along the base of the nearby mountain. Wading in that stream, looking for a good meal, was a bird I had never seen before: an American Dipper.

When I see a bird that is new to me, I like to capture a picture as “proof of sighting.” Quite honestly, at times I take a bird’s picture because I don’t know the bird and I hope to ID it later via a birding book, a birding app or the Internet. In this instance, I knew the bird was an American Dipper because of an explanatory nearby sign. I wanted a record of my sighting of the bird.

Here is my problem…the bird was relatively far away and the only camera that I had with a chance of yielding a photo that would be useable was my bridge camera, i.e. a Canon PowerShot SX50HS. As I have reported on this blog before, the camera does best with an ISO of 100, but may be passable at ISO 200. It also performs better with smaller aperture openings.

Unfortunately, this was a cloudy day and the time was getting late. Low ISO and smaller aperture settings were not going to work here. I could not use the settings I needed to get the best shot. What was I to do? My philosophy is “Take the picture anyway.” As long as the picture is able to be used to ID the bird and provide “proof of sighting,” it will be good enough.

Here are the pictures I was able to capture. They are not going to impress anyone or come close to winning any awards. They really aren’t even good enough for posting on Instagram, Flckr or anywhere on the Internet except for an educational article like this one.

The pictures are good enough for my purpose and when added together, enable me to identify the bird as the American Dipper. Whether or not a picture is good enough for you can only be determined by the goal(s) you set for yourself. I can use these photographs to validate that I saw and identified this particular bird and that was my goal! 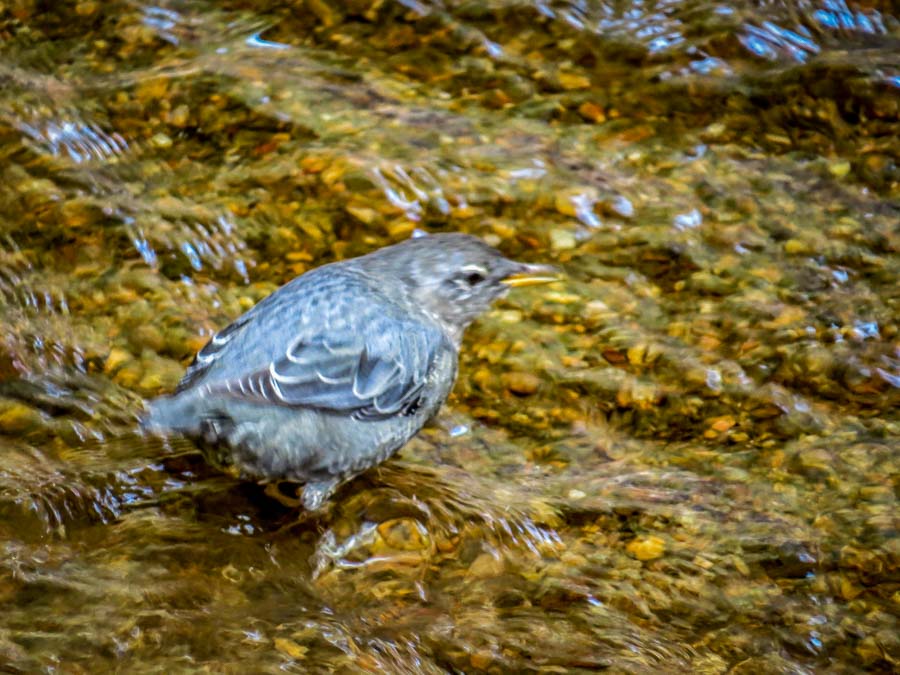 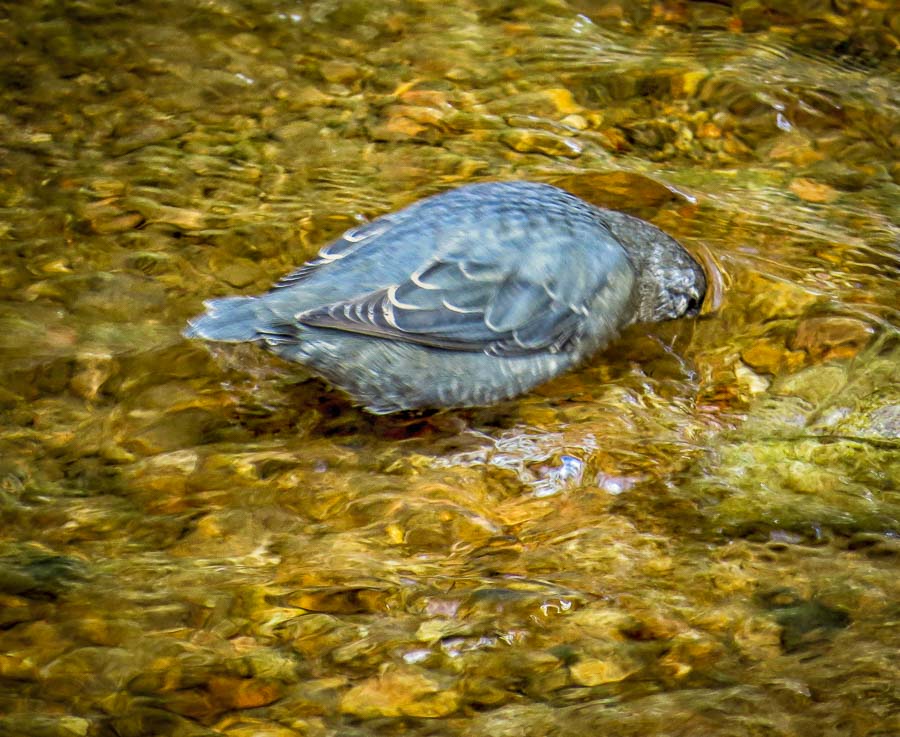 For comparison, below are two clearer pictures of an American Dipper. The yellow bill in my photographs indicate that my photos were of a young bird. The bill turns dark as they grow older. 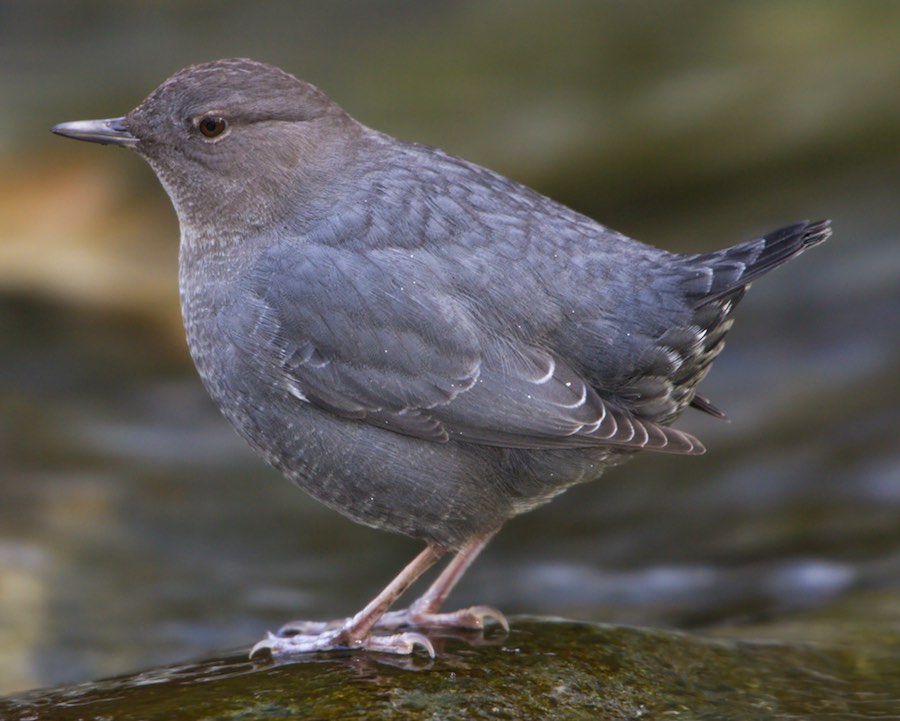 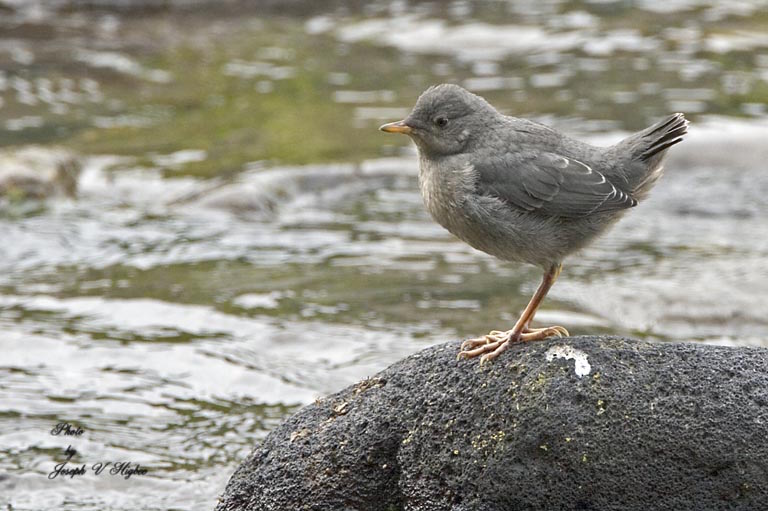