The Sonoran Desert of Arizona can be quite a challenge. It is hard to imagine that, at one time, people lived here without air conditioning. We normally receive between 10-12 inches of rain a year in our particular area of Arizona near Cave Creek. This isn’t a lot of rain and this adds to the challenge of gardening in the desert.

Add to that problem the competition with the natural desert denizens including snakes, scorpions, tarantulas and a host of rodents.

This is the time of year when I make a daily round to look at all of the plants in our landscape to monitor their condition. When temperatures can spike to more than 90 degrees, the tipping point for some plants is very small.

For several days, I noticed that two of our plants were being nibbled. They weren’t being eaten, just ripped and the detritus left behind. From previous experience, I figured this was one of our most prevalent pests, the desert pack rat.

Rather than set a killing trap, we try to capture them with a Havahart trap and relocate them. Out came the trap and at dusk I set it and placed it where I had seen the nibbling.

My most successful lure in the past had been peanuts or peanut butter. I had no more of the nuts so I put some peanut butter on a saltine cracker. Sure enough, prior to bed time I checked and we had trapped a pack rat.

Left to their own devices, pack rats have been notorious for chewing through wires and other human necessities in search of nest building materials and food. While they definitely look like rats, they are a bit, and I emphasize the word bit, cuter than your average rat (see iPhone pictures below – apologies, but these were taken in pitch black desert).

The pictures show the pack rat just before we released him so he could take up residence in a more rural part of the desert!

You can read more about pack rats HERE. 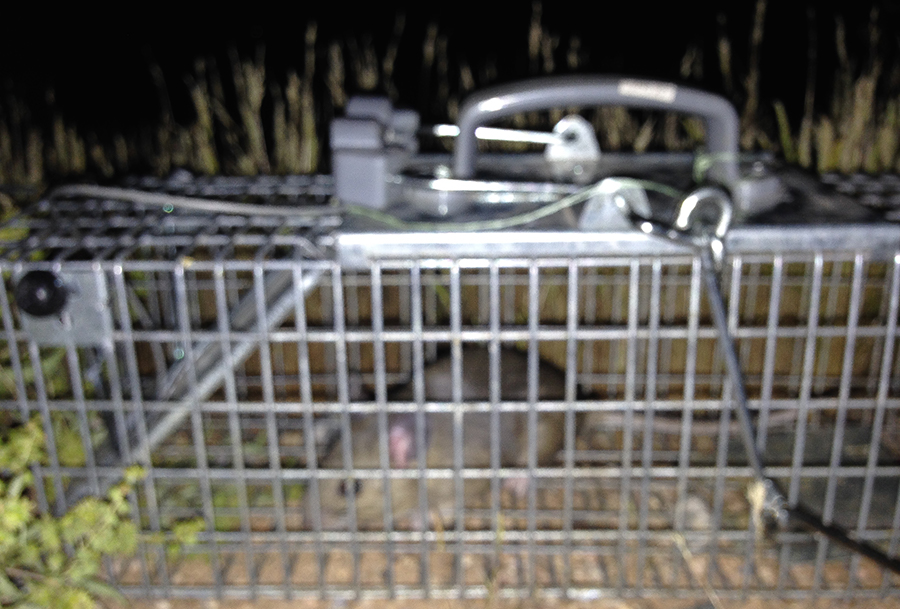 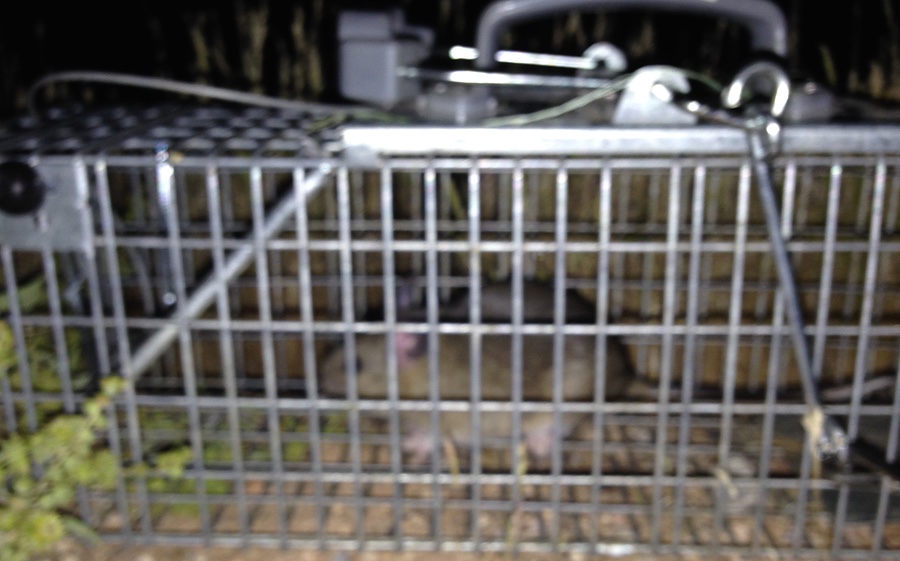