If you would like to read the first part of the 2016 Enchanted Pumpkin Garden story, click HERE

This year’s pumpkin display at the Carefree Sundial garden had a couple of western themed exhibits. Below, we see two pumpkins sitting outside a saloon with decidedly carefree expressions. 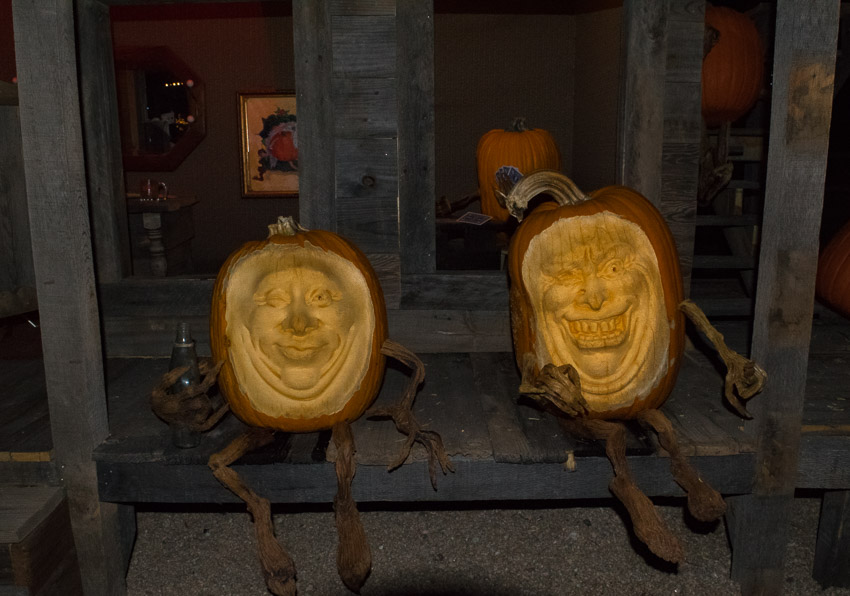 One fruit obviously violated the rules of the house as he was tossed from the card game onto the nearby street! 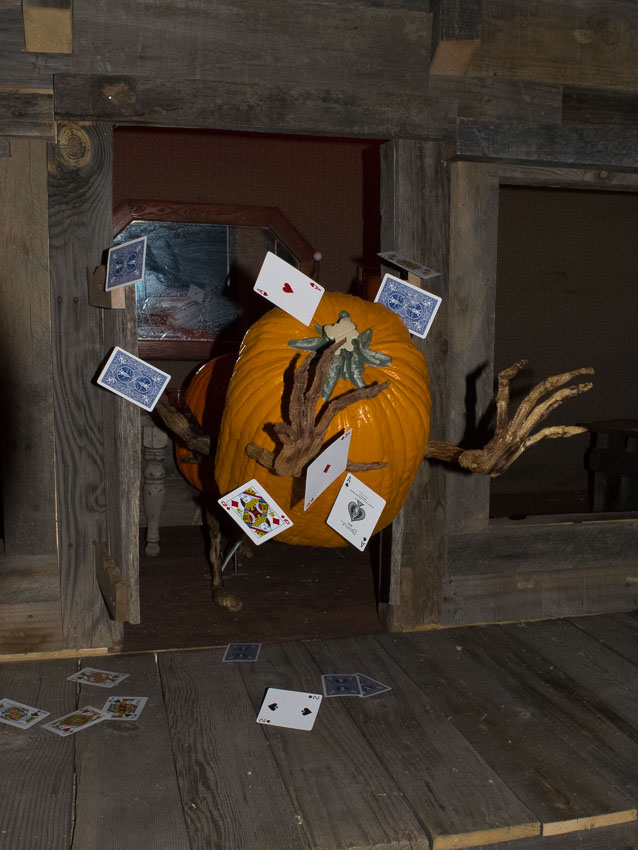 Another patron onlooker waved to those strolling by as he continued to enjoy his beverage. 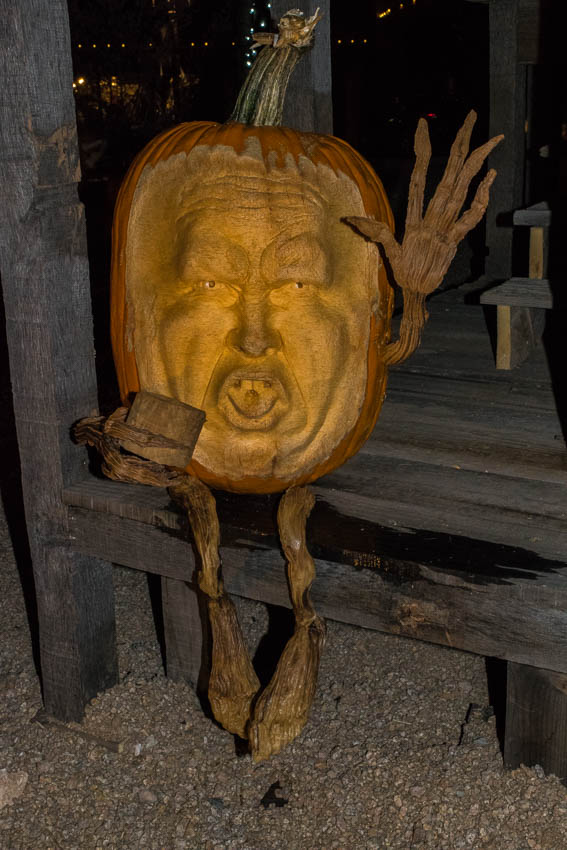 More macabre is the neighboring gallows where the apparent wrongdoing pumpkin escapes the noose when his stem breaks away. Of course we cannot assume this squash was not deserving the prescribed punishment. 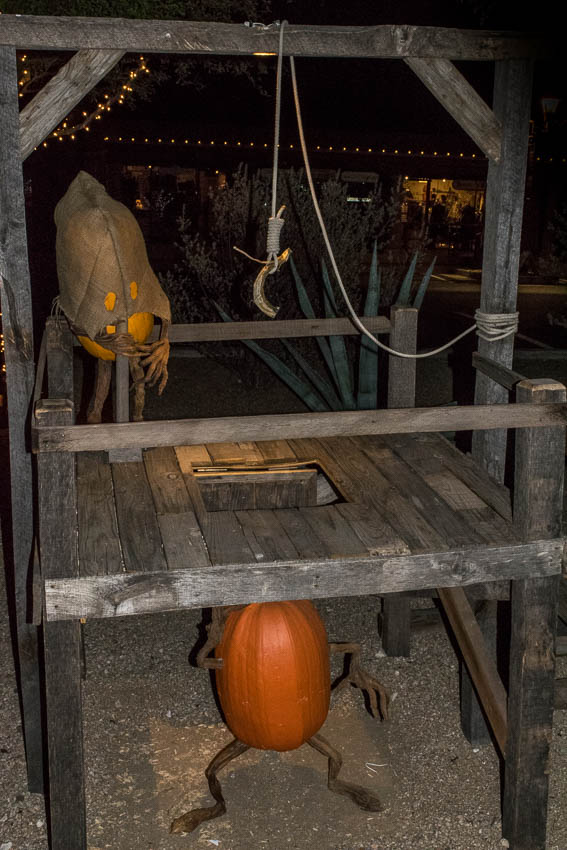 Off to the side, a pumpkin outhouse provides some needed relief . 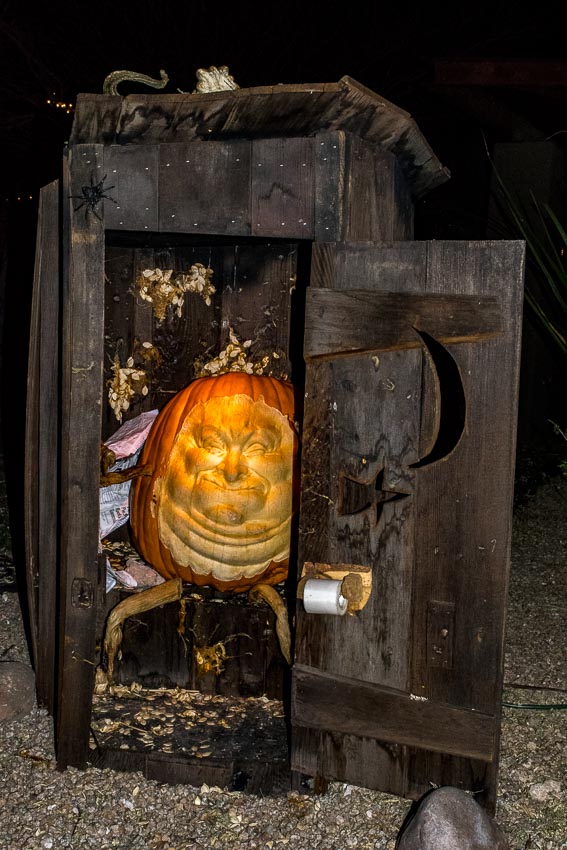 A group of pumpkins were hauling hay to a nearby loft. I am not certain they were doing it as efficiently as possible. The rope seemed to serve as a zip line for at least one of the workers. 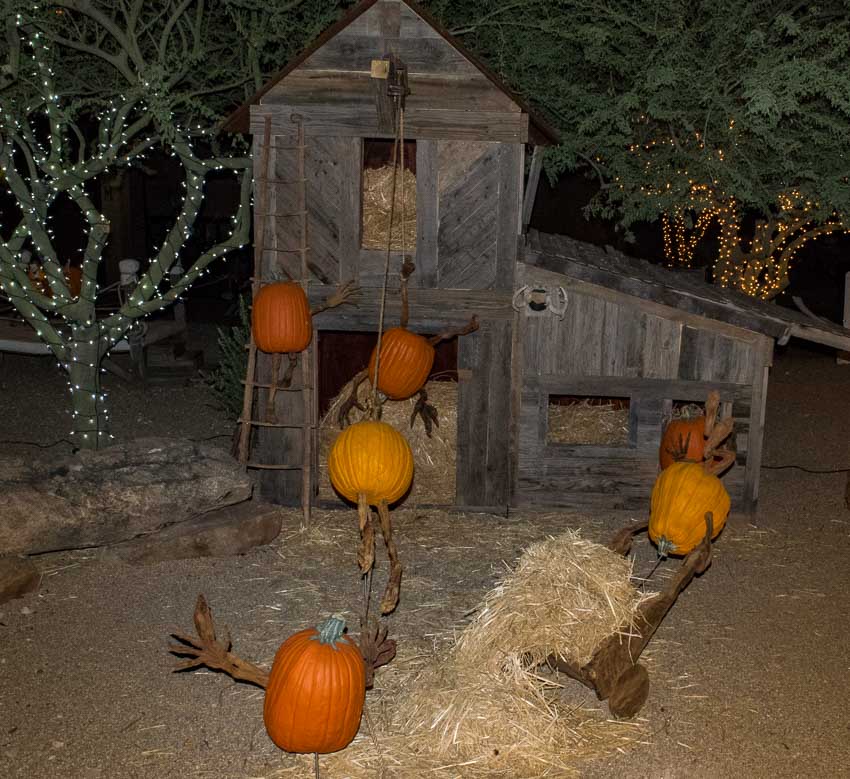 A pumpkin parent took her youngster to the nearby general store for a candy. 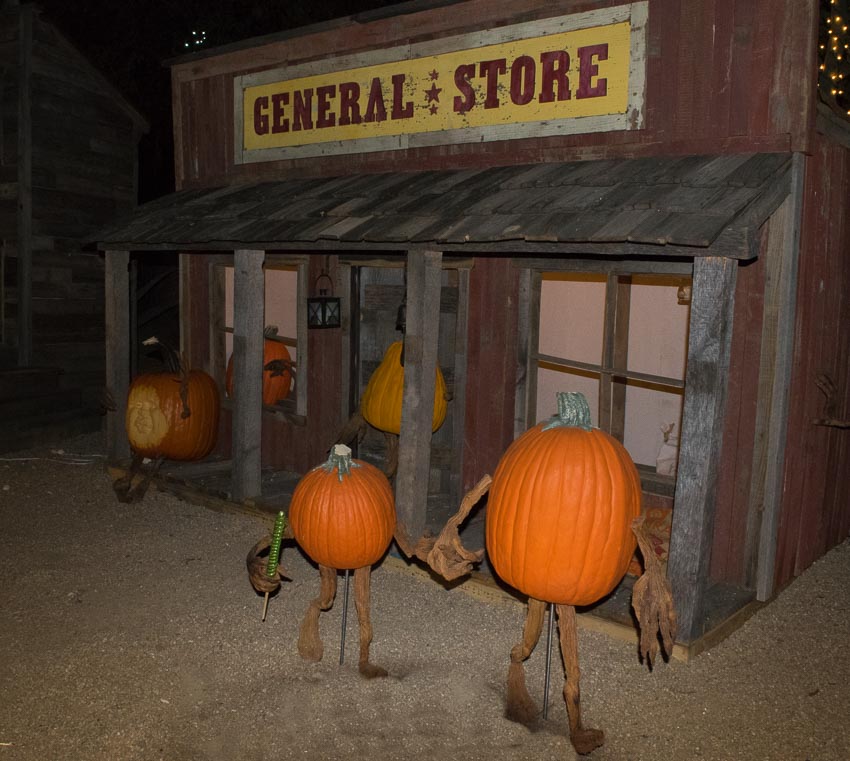 At several points along the paths there were artificial saguaros which housed round brine tanks containing carved pumpkins. They were lit for an eerie effect. 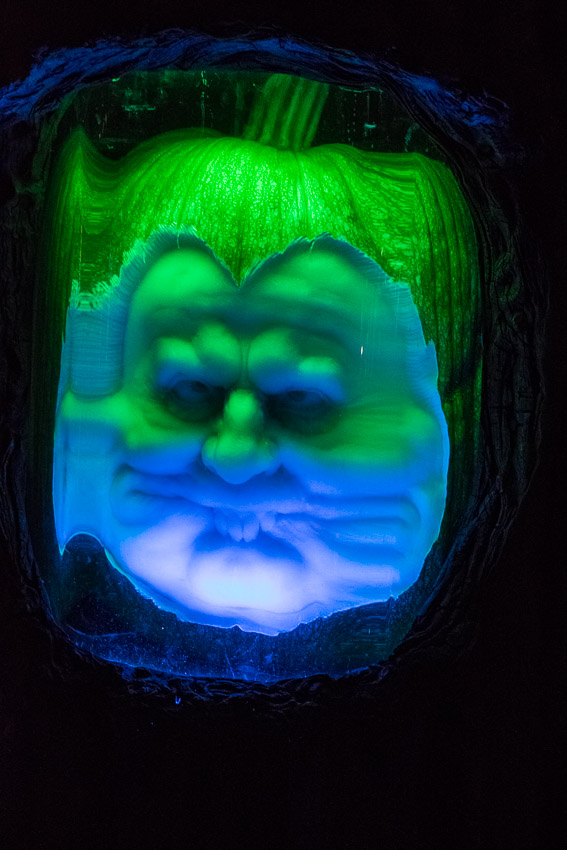 Some of the pumpkins just wanted to have fun! 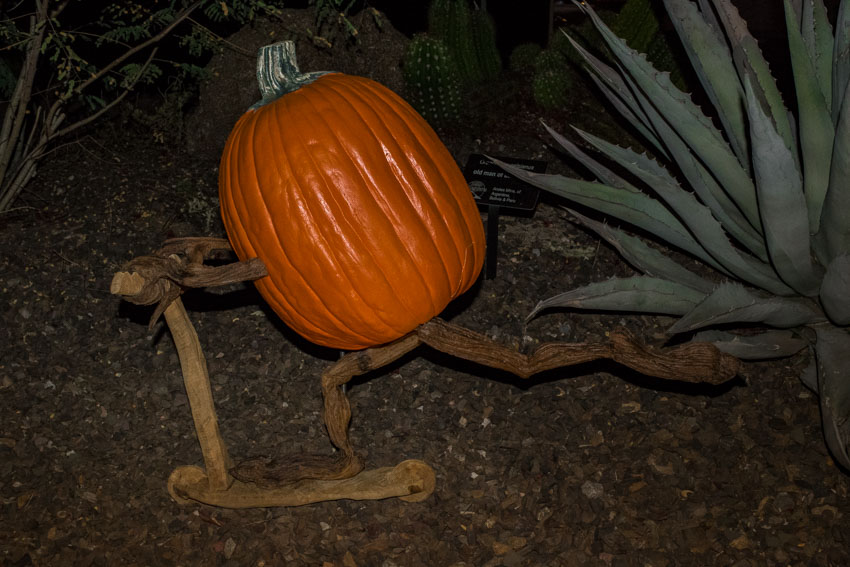 The sculptors weren’t the only creative types. This jack-o’-lantern painter took up the brush to create signs, but… 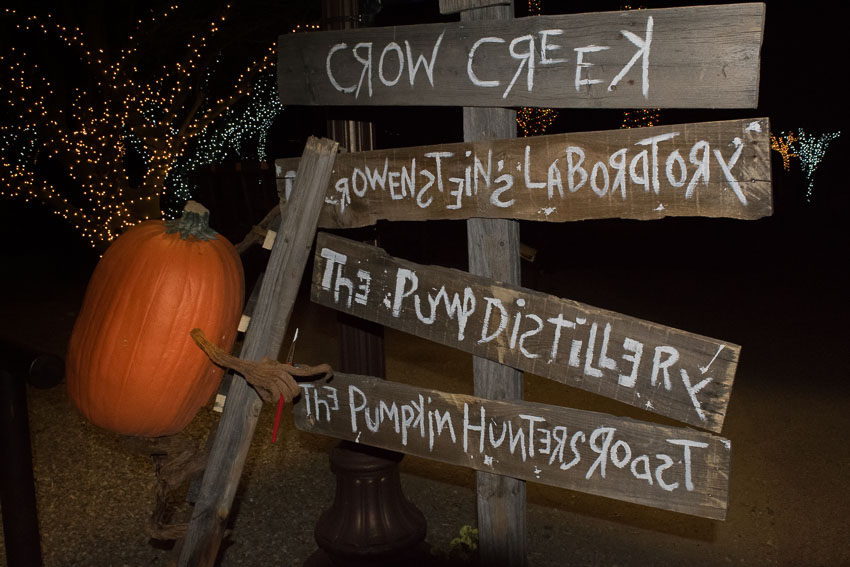 unfortunately, this guy was splattered with some errant paint. 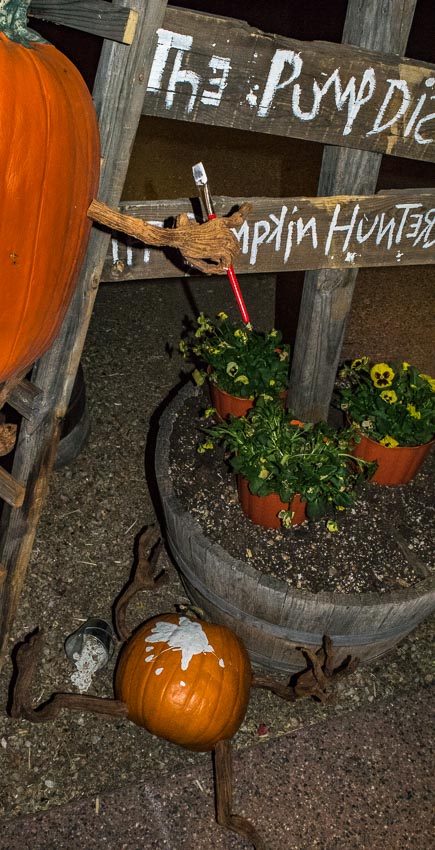 At a nearby pond, a couple of pumpkins were fishing to relax a for a while. 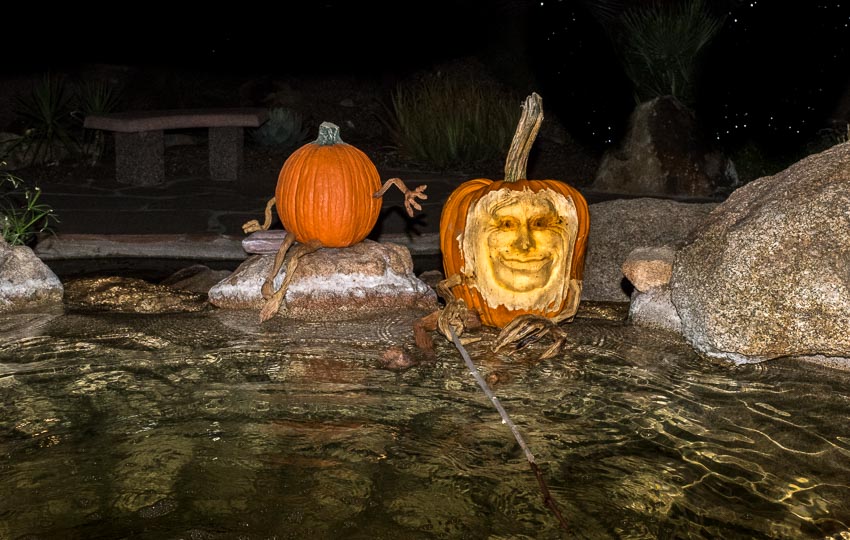 Of course there were some real harrowing displays as well. This poor fellow was being roasted. Who would do such a thing? 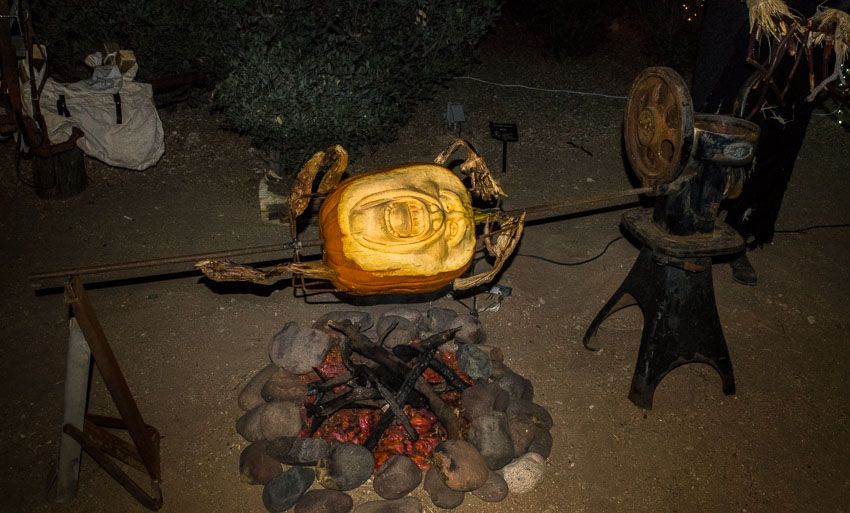 This is the scoundrel who was turning the skewered squash! 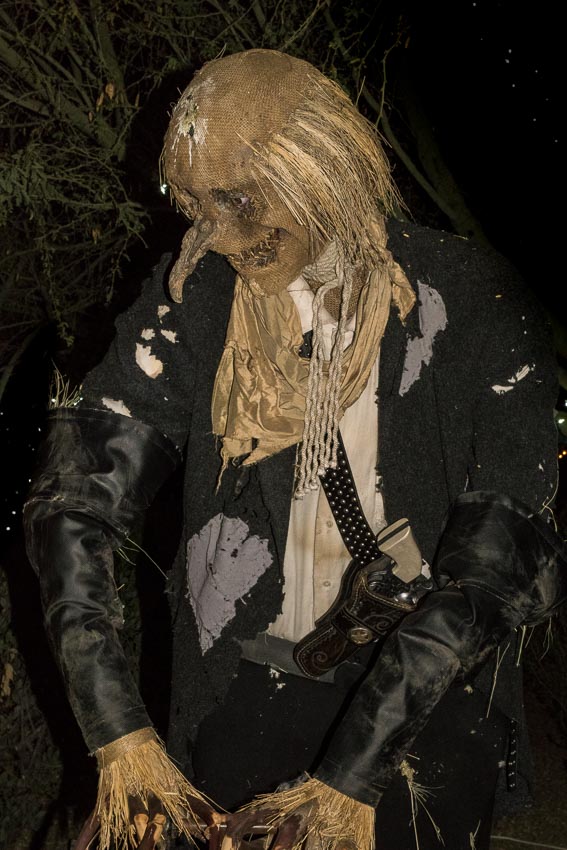 Here we can see the cook in the act! 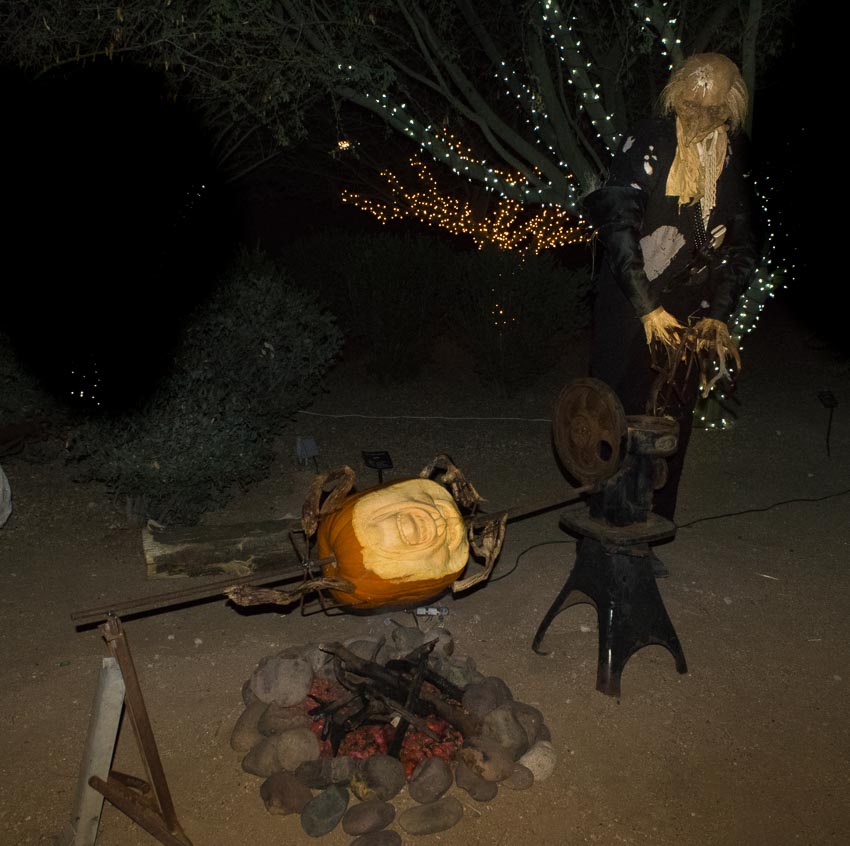 Hopefully, this will satisfy his tummy or these pumpkins “in waiting” may also face the heat. 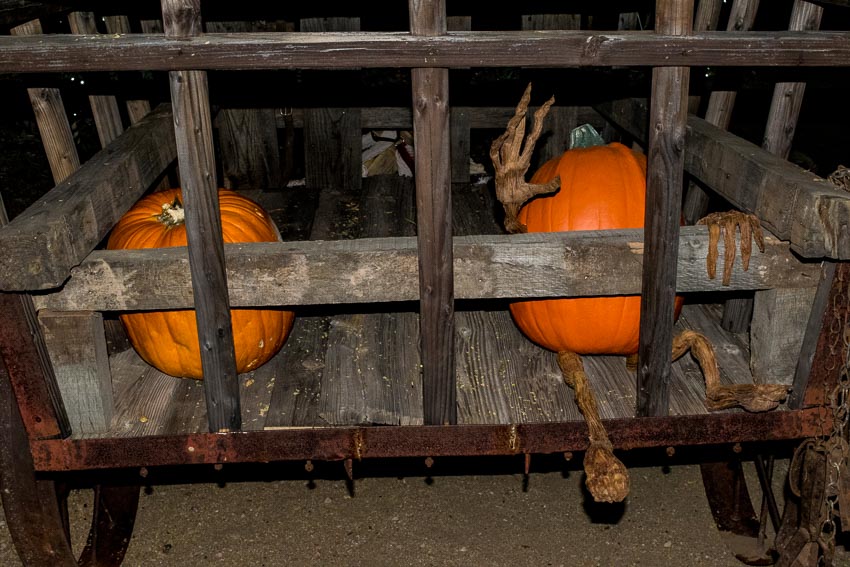 In another area of the garden, a mad scientist enlisted some of the melons to help pull the switches… 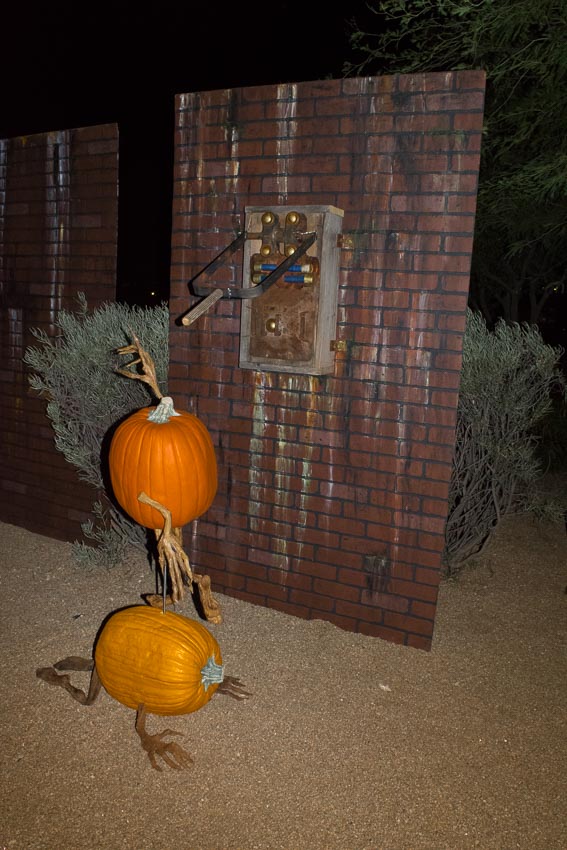 while the boss mixes elixirs for the holiday celebration. 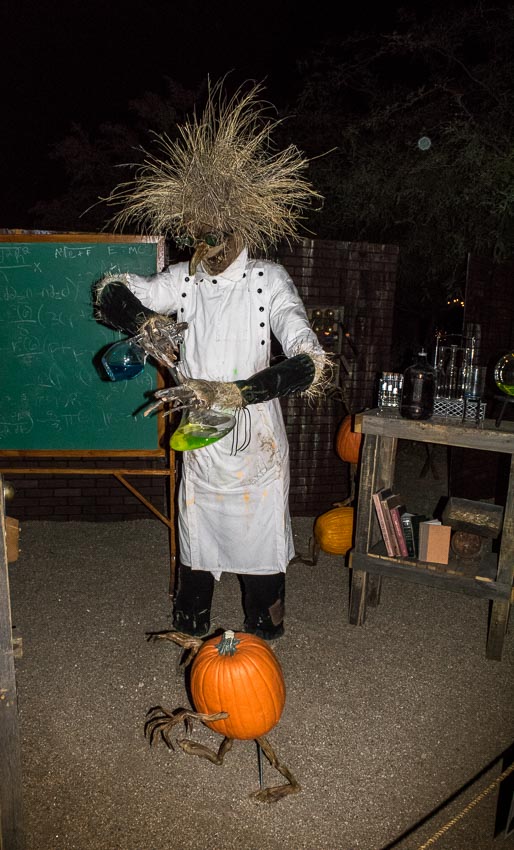 Other helpers continued to keep the lab machinery going. 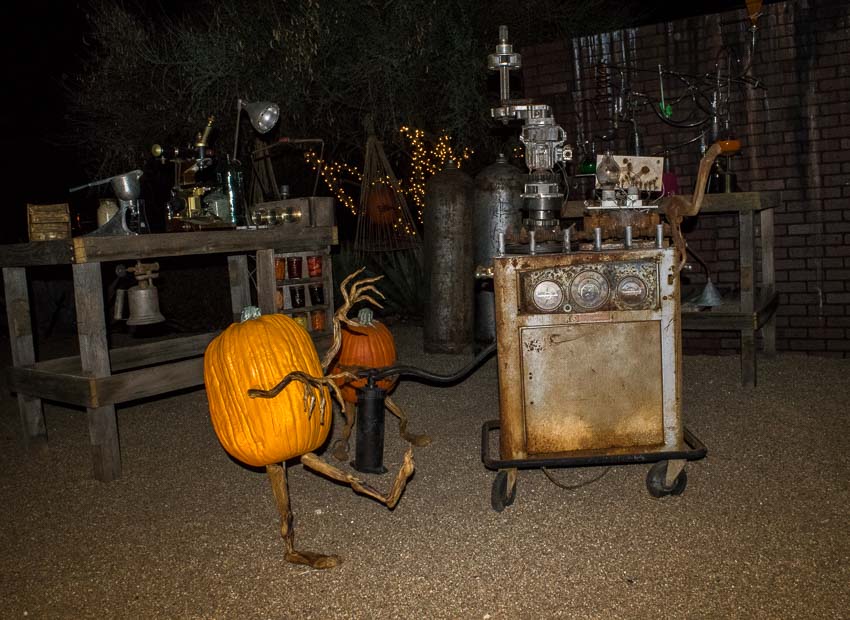 All of this is just ho hum for some of the resident pumpkins and they found places to rest! 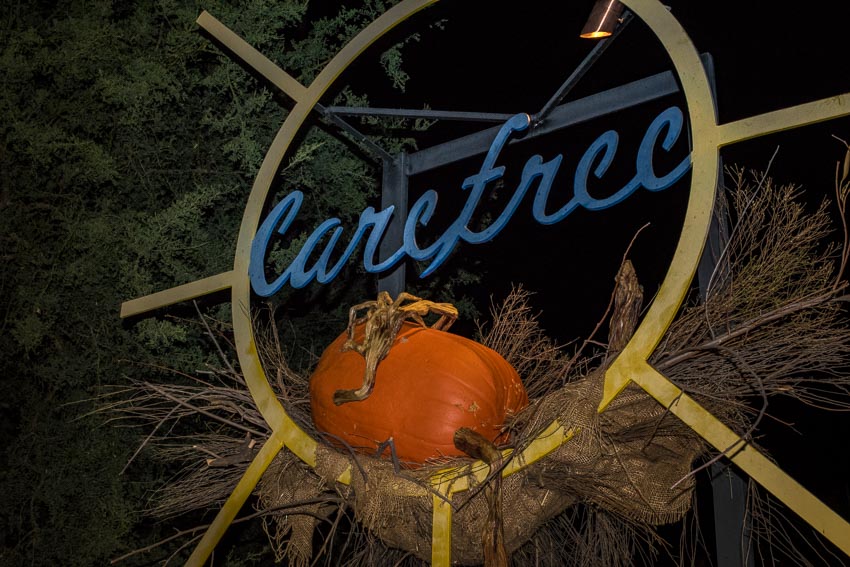 Have a Safe and Fun Halloween!

*NOTE: The pumpkins in the scenes were made using artificial resources to keep them from being eaten by the native wildlife such as Javelinas. Also of note, some of the metal stands supporting the pumpkins in the “scenes” have been removed in the photographs.