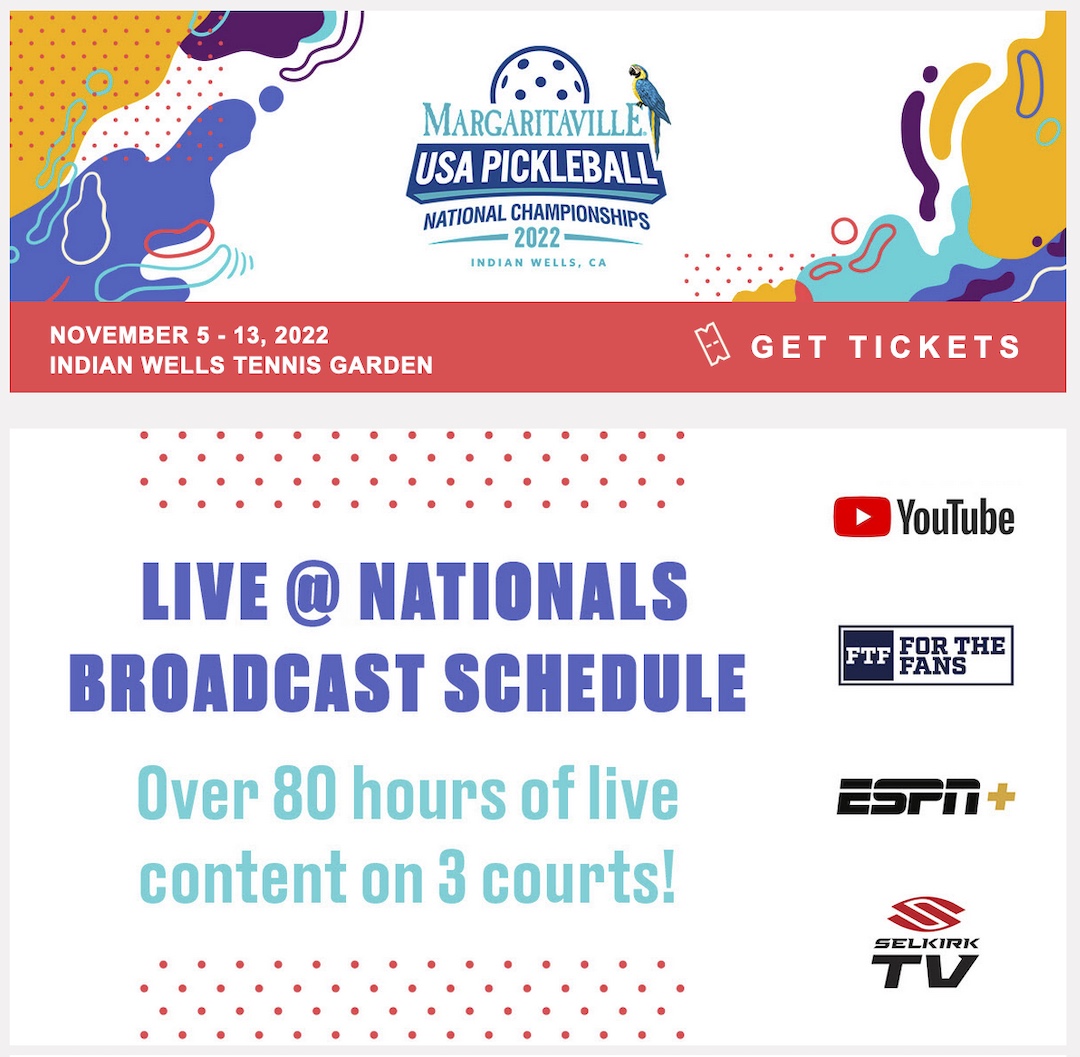 One of the major national pickleball tournaments is coming to a court or screen near you!

The Margaritaville USA Pickleball National Championships will feature Live @ Nationals with expansive coverage on ESPN+, For The Fans, Roku, Selkirk TV and YouTube, and over 80 total hours of live action from 3 courts. The program will provide coverage from November 8 – 13 (originally they had the 5th as the start date which apparently was an error!- see their graphic above!!) on the respective platforms and accessible from the official event website. 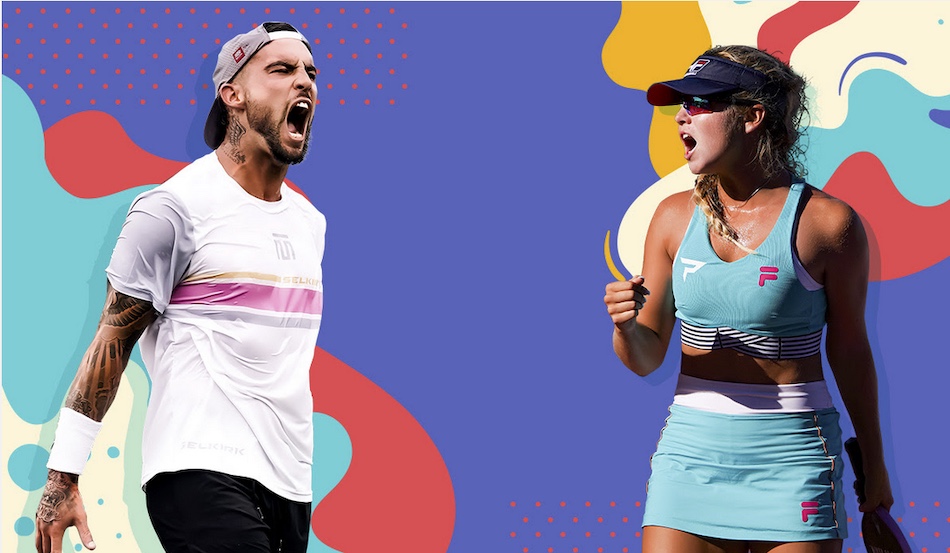 
DID YOU KNOW that the USA Pickleball website maintains a list of proposed rule changes and those that have been passed and those that failed to be accepted?

One rule change (ID #521) that seems likely to go into effect in 2023 is the “Clothing as a distraction” rule. For years I argued that in tournament play, players should not be able to wear clothing that is the same (or very similar) color to that of the ball being used. There are times, depending upon the server’s motion, that a ball matching a garment color would be difficult to pick up immediately upon serve.

1 – There are multiple pages of proposed changes. Look at the upper, right-hand side above the headings and you will see numbers 1 through 6. Click on 6 to see most of the current rules that have passed.

2 – Reading the “View Details” notes often clarifies the reasons for and the anticipated results of the rule change.

To read about the rule change process or suggest one of your own, visit THIS WEB PAGE!

1 – ATPs – Around The Post shots – A pickleball shot can go around the side of the net without going directly over the net and still be a valid shot!
2 – Court Coverage

NOTE – There are many courts where there is not enough room around the courts to attempt ATPs so be very careful and AVOID RUNNING ONTO ADJACENT COURTS WHEN PLAY IS IN SESSION!
Doubles Strategy
********** Getting to the Net **********

While the video below is a demonstration of “higher level play,” there are good, basic strategies discussed by Jordan Briones throughout (don’t rush the net willy-nilly, court coverage, when to move back as a defensive strategy, and more).

For those who cannot get enough pickleball or who want something of interest to listen to in the car while driving, you may want to drop by Mark Renneson’s Pickleball Problems website to check out his podcasts.